Victims rally outside State Capitol: ‘Don’t punish me for my pain’ 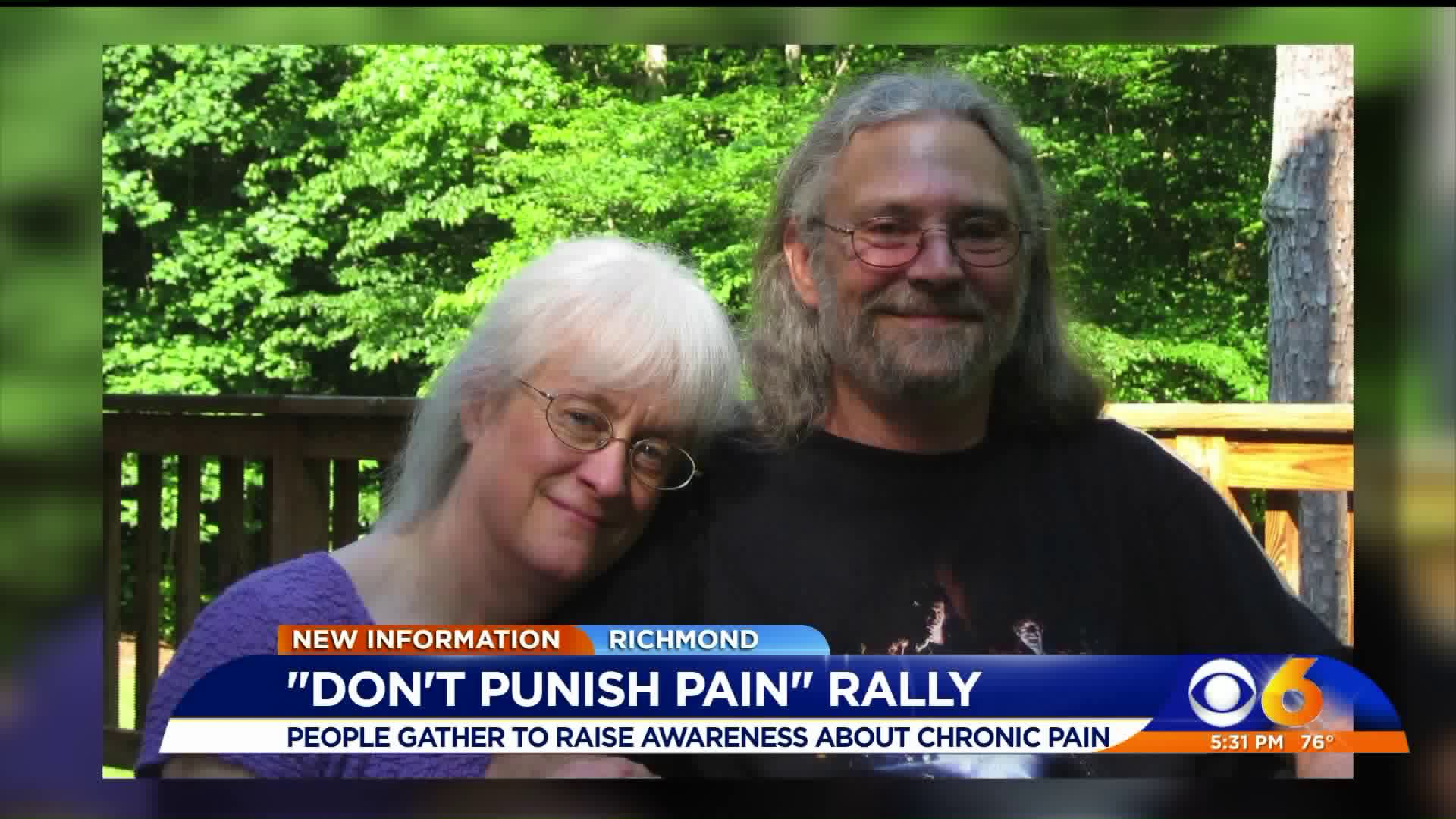 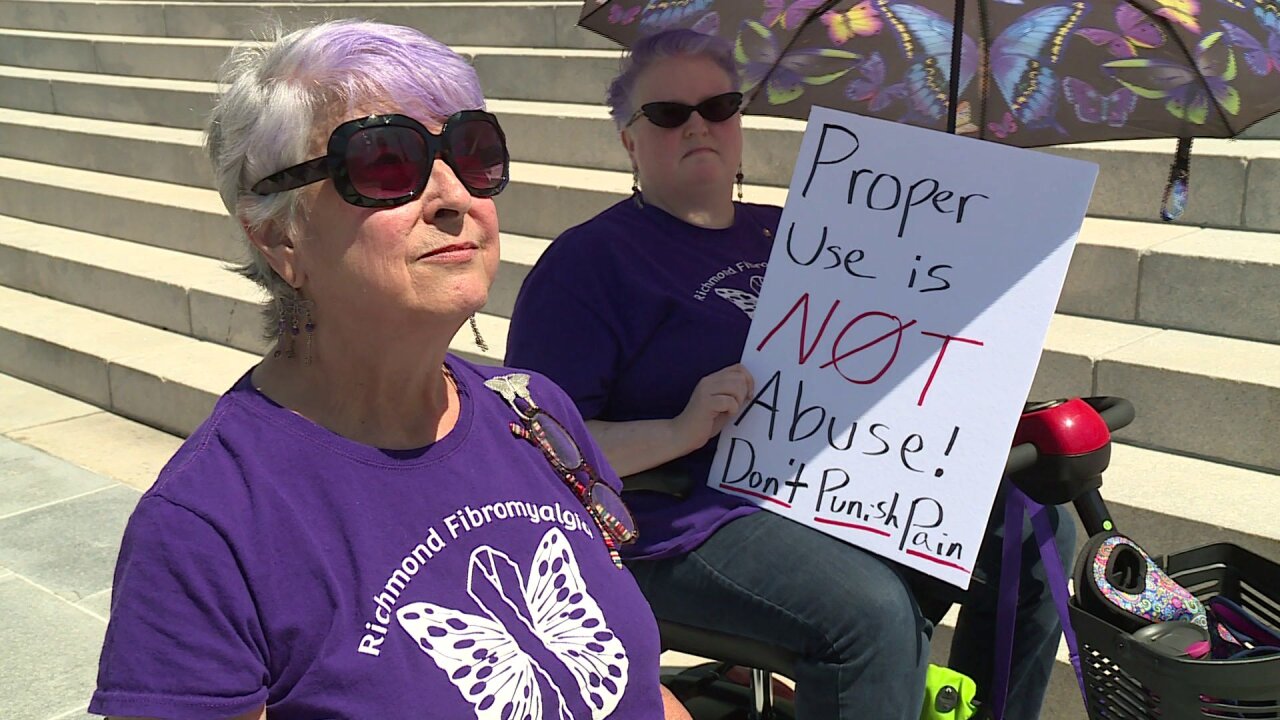 RICHMOND, Va. -- Over a dozen people rallied on the steps of the Virginia State Capitol Wednesday to protest what they said are the unintended consequences of the crackdown of the opioid epidemic.

The rally-goers were either sufferers of, or knew someone who suffered from, chronic pain.

“I've been in chronic pain for at least 20 years,” said one woman, who identified herself as Denise.

“My husband has the misfortune of being a very severe, intractable pain patient,” said Kristen Ogden.

Those who spoke said that because of guidelines issued in 2016 by the Centers for Disease Control and Prevention (CDC) to address the ongoing opioid crisis, and rules and laws passed by states in response, led to medical providers cutting back the amount of opioids they prescribe. They said this included those for chronic pain sufferers who need the opioids to live a normal life.

In some cases, they said their medication was dropped considerably below an effective dosage, while others said they were no longer getting their necessary prescriptions. Ogden said her husband has been unable to get the Oxycontin needed to treat his chronic pain since October 2018 and is now on a less effective pain killer.

"They weren't aware, or didn't think about, the fact that there may be patients like my husband who for probably genetic reasons, require very, very high doses of opioid pain medications to get any relief," added Ogden.

Sue Walker with the Richmond Fibromyalgia and Chronic Pain Association.

In April 2019, the CDC issued an advisory in response to misapplications of its 2016 guideline. It said that some policies and practices that cite the guideline are inconsistent with its recommendations.

Chronic pain sufferers said the update is too little, too late.

"Doctors are not going to go back to the way it was. They are afraid of the DEA. They're being arrested, they're being prosecuted. Jailed, prisoned, for treating patients," said Sue Walker with the Richmond Fibromyalgia and Chronic Pain Association.

A spokesperson for the Drug Enforcement Administration said the agency is sympathetic to people who really do need pain killers and that they are not targeting medical professionals who are prescribing opioids for a legitimate medical need, but only going after those operating outside of the norms.