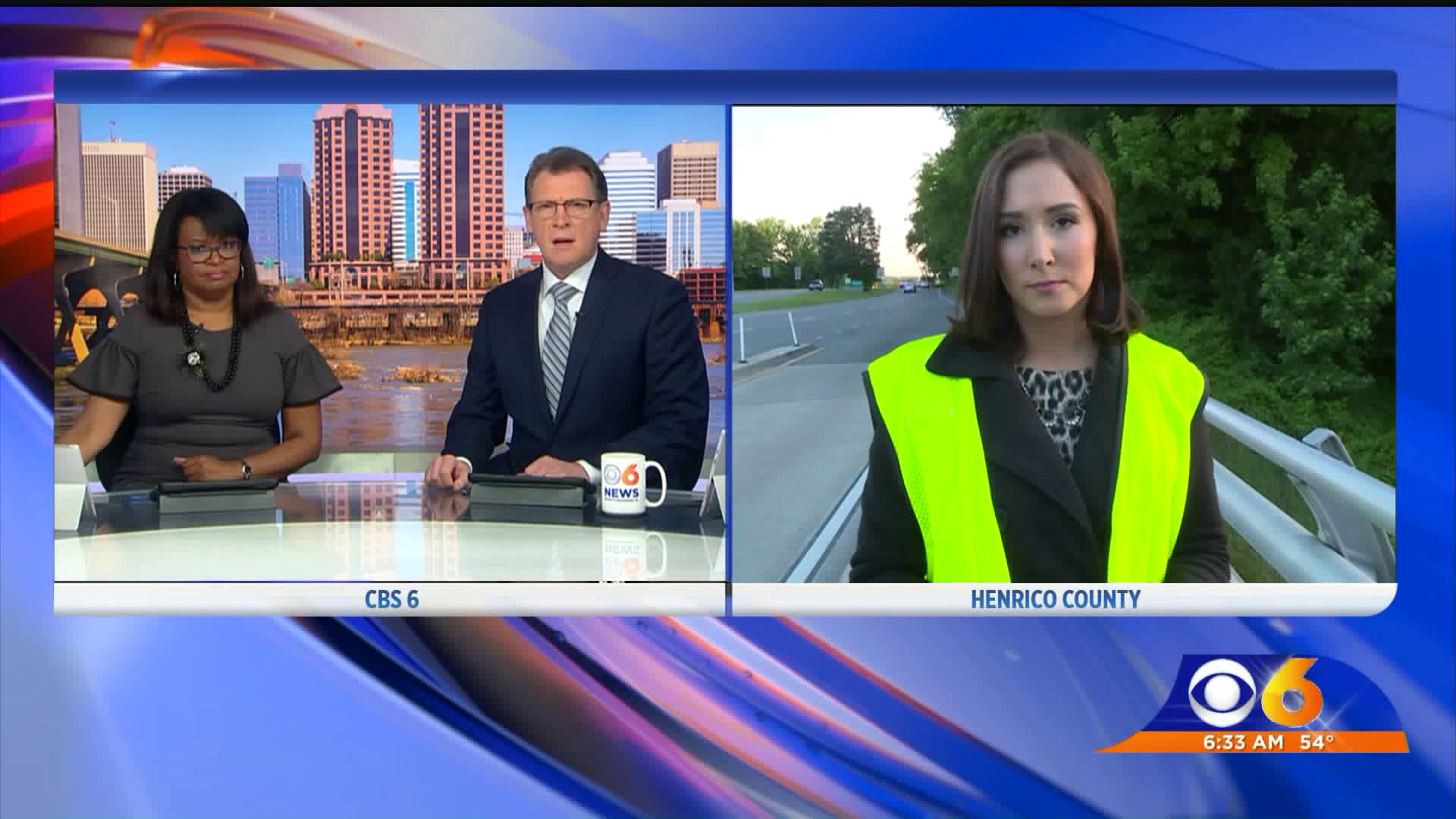 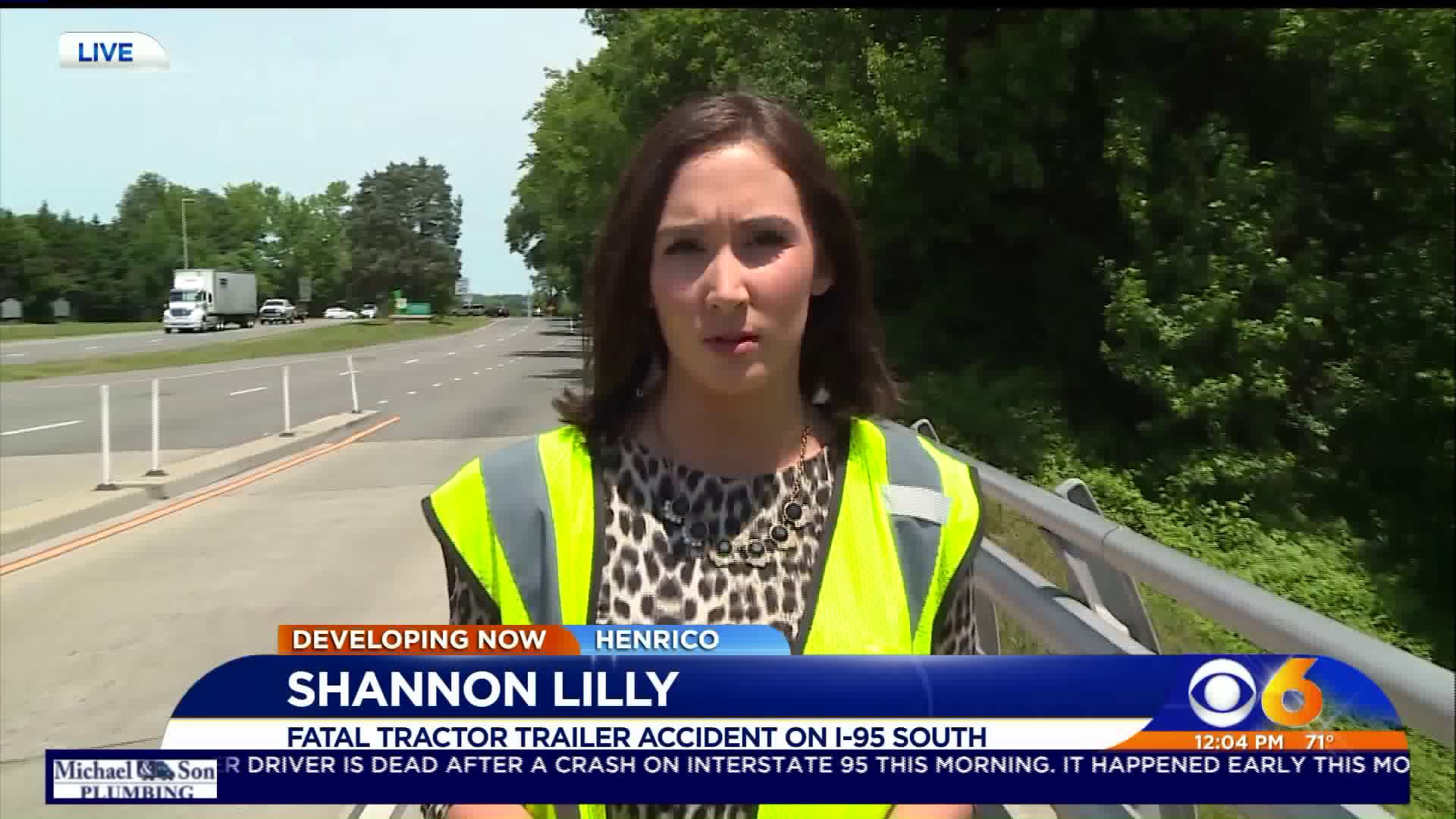 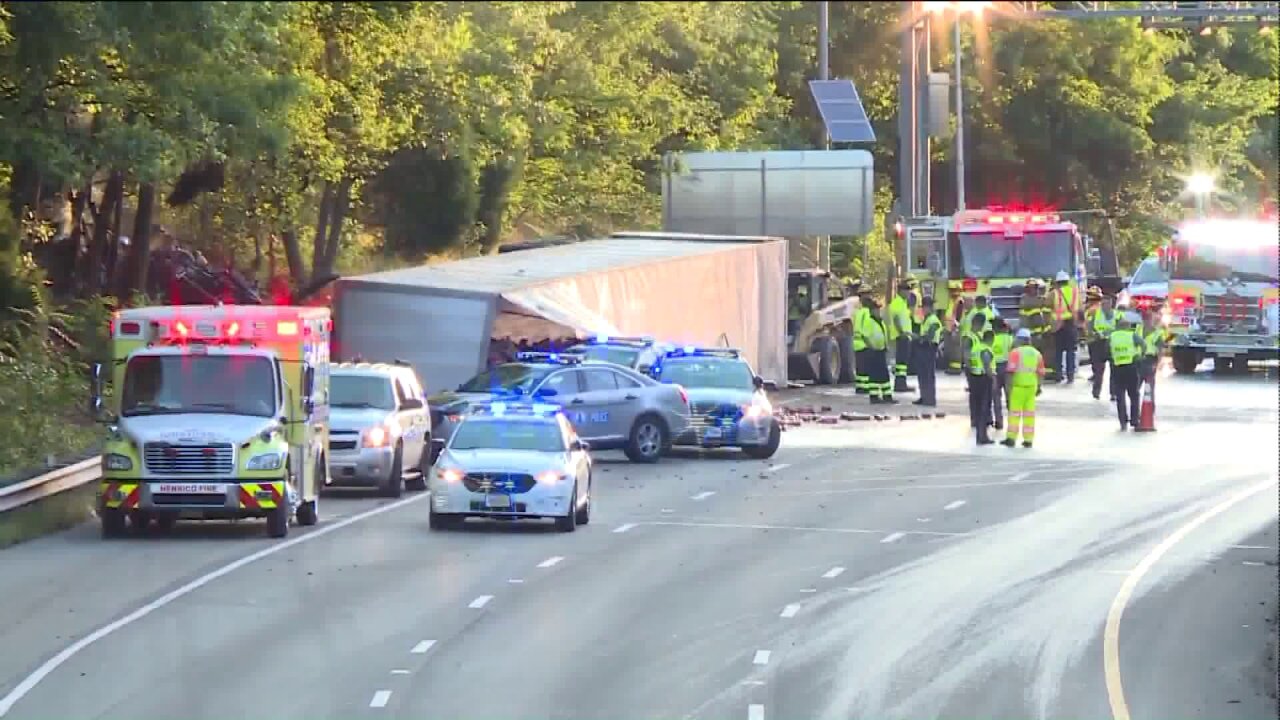 "A tractor trailer was traveling southbound when it struck an abandoned disabled 4-door sedan on the right shoulder," a Virginia State Police spokesperson said. "The male driver of the tractor then ran off road right, overturning in the woods with the cab of the truck catching on fire. "

The crash was reported just before 5 a.m.

"The tractor was hauling jars of spaghetti sauce," the police spokesperson said. "The Department of Agriculture has been notified due to the loss of the load."

Food Lion employee, Phillip Hoskin, said he passed the crash on his way to work around 5 a.m.

Hoskin said he drives through the area every morning, but Wednesday morning was different.

"Once that truck passed me and I was coming off the exit he kind of slowed down and then I saw the brightness and saw the fire. And just kind of looked and was thinking, that looks really terrible," said Hoskin. "It was a very big fire. I didn’t see the truck or vehicles in the crash, but it looked like it was kind of going up the hill -- you know engulfed in flames at that point."

Hoskin said he was hoping everyone would be okay, but later learned of the death of the driver.

"It’s really a sad situation knowing that that happened," Hoskin said. "It just happened so quick to see, but it’s in my mind now because of what happened. So unfortunately now I can still see the scene."

Virginia State Police said remains of the victim were taken to the Chief Medical Examiner who is working to identify him.