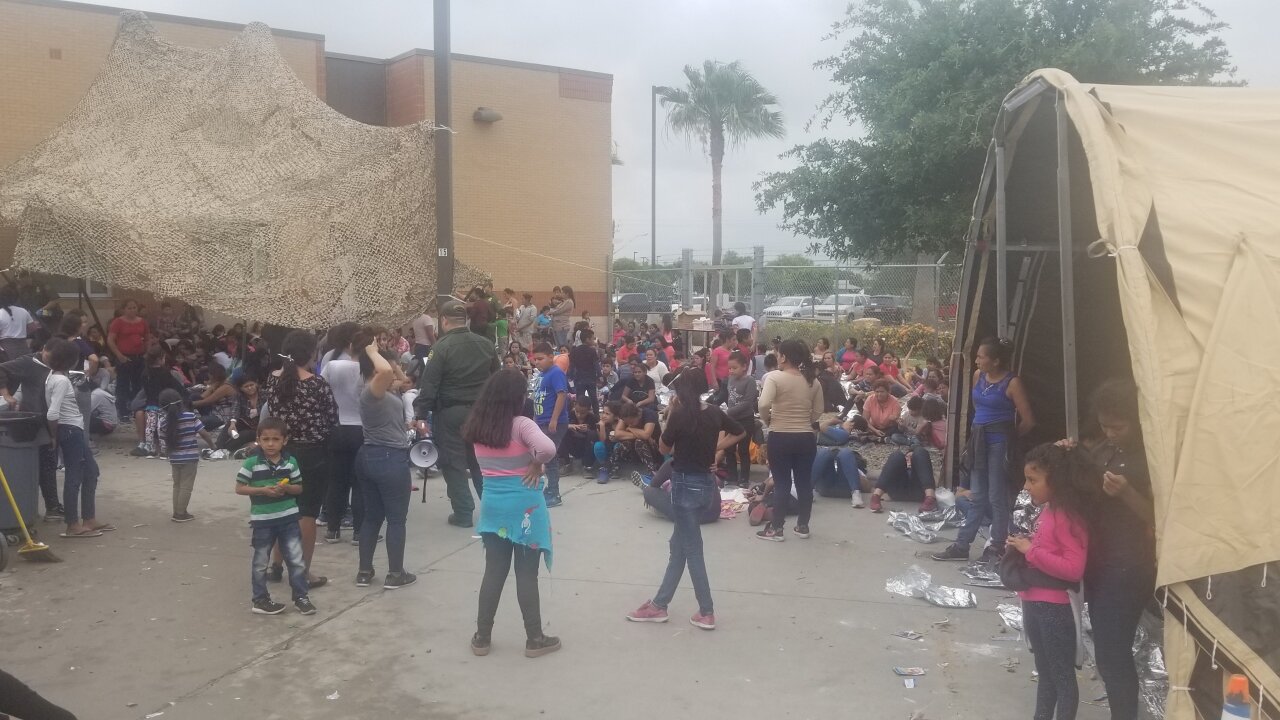 A Customs and Border Patrol station in south Texas has stopped taking detainees in for processing because some people have displayed signs of flu-related illness.

US Customs and Border Protection has stopped taking in detainees at a Texas processing center where a growing number of migrants are showing signs of the flu.

The decision to shut down intake temporarily at the Central Processing Center in McAllen, Texas, comes after the death of a 16-year-old who’d been detained at the facility for days and later diagnosed with influenza A.

It also comes as immigrant-rights advocates raise concerns about the medical care that detainees are getting inside overcrowded facilities and as top CBP officials warn they’re facing a crisis and need more resources to handle it.

Official: The Texas facility is ‘well over capacity’

The center, one of the key sites where CBP processes and temporarily detains immigrants accused of illegally crossing the border, is said to be “well over capacity,” according to a CBP official with knowledge of the situation.

The official told CNN the capacity at the McAllen processing center is 1,500. The total capacity for all of the intake centers in the Border Patrol’s Rio Grande Valley Sector is 3,363, but officials have seen as many as 8,000 migrants there in recent days, that official said. The Rio Grande Valley sector covers more than 34,000 square miles of southeast Texas, including cities like Brownsville, McAllen and Corpus Christi

About two dozen people out of the roughly 2,000 migrants detained at the facility have exhibited flu symptoms, another CBP official told CNN on Wednesday, noting that other detainees were being tested for the virus.

On Tuesday a CBP spokesman said in a statement that “a large number” of people in custody at the McAllen center had shown high fevers and signs of the flu.

“To avoid the spread of illness, the Rio Grande Valley Sector has temporarily suspended intake operations at the CPC,” CBP spokesman Rod Kise said in a statement. “Individuals apprehended in RGV Sector will be held at other locations until this situation is resolved.”

Medical staffers are working to treat those in custody before their release, Kise said.

Another CBP source told CNN that officials are taking extra precautions in light of the recent illnesses.

“We have started taking anyone who even reports a headache to the hospital. You name it, we’ve seen it recently. Measles, mumps, chicken pox, flu. We don’t take any chances.” the source said.

For months, CBP has been raising the alarm as it faces more families and children coming across the border — a shift from previous years when single adult males made up a large number of border apprehensions.

Last week CNN obtained photos showing overcrowding at another CBP facility in McAllen. Those photos, provided to CNN by a source who was concerned about conditions there, showed children sleeping on the ground on rocks, covered by Mylar blankets.

A Guatemalan teen was held there for days

A 16-year old boy from Guatemala who had been detained at the Central Processing Center for six days died on Monday.

Carlos Gregorio Hernandez Vasquez was apprehended on May 13. He indicated to staff at the processing center that “he was not feeling well” and was seen by a contracted nurse practitioner and prescribed Tamiflu before being transferred to the Weslaco Border Patrol Station on Sunday.

“He was assessed and determined to have influenza A,” according to a CBP official.

He was the fifth child known to have died after journeying to the US in recent months from Guatemala and being apprehended by US authorities.

Immigrant-rights advocates have called for an investigation, arguing the boy’s death highlights the need for more scrutiny of the medical care that detained immigrants receive. It particularly highlights the importance of having more pediatric health experts on hand, they say.

“The concerns we’ve been flagging for a while have been precisely that overcrowding and lack of proper medical care could lead to tragedies like this,” said Astrid Dominguez, director of the American Civil Liberties Union’s Border Rights Center.

Most people with influenza don’t die from the virus. But the severity of the illness can depend on a number of factors, including age and what medical care is available.

And overcrowded conditions in detention facilities can provide a fertile environment for the spread of influenza and other illnesses, experts say.

“People can die from influenza. Because a lot of the times you really need good, supportive care. If you go into respiratory failure, you may need to go to the hospital. You need oxygen. You may have a secondary bacterial infection, for which you may need antibiotics,” says Dr. Philip Zachariah, an assistant professor of pediatric infectious diseases at Columbia University and a hospital epidemiologist. “Prompt attention to worsening (symptoms) is very important for influenza care, and that is tricky when you have overcrowding. ”

“Kids compensate longer,” he said. “They can look a little sick for a long time, and then suddenly they crash.”