Pelosi: Trump is ‘engaged in a cover-up’ 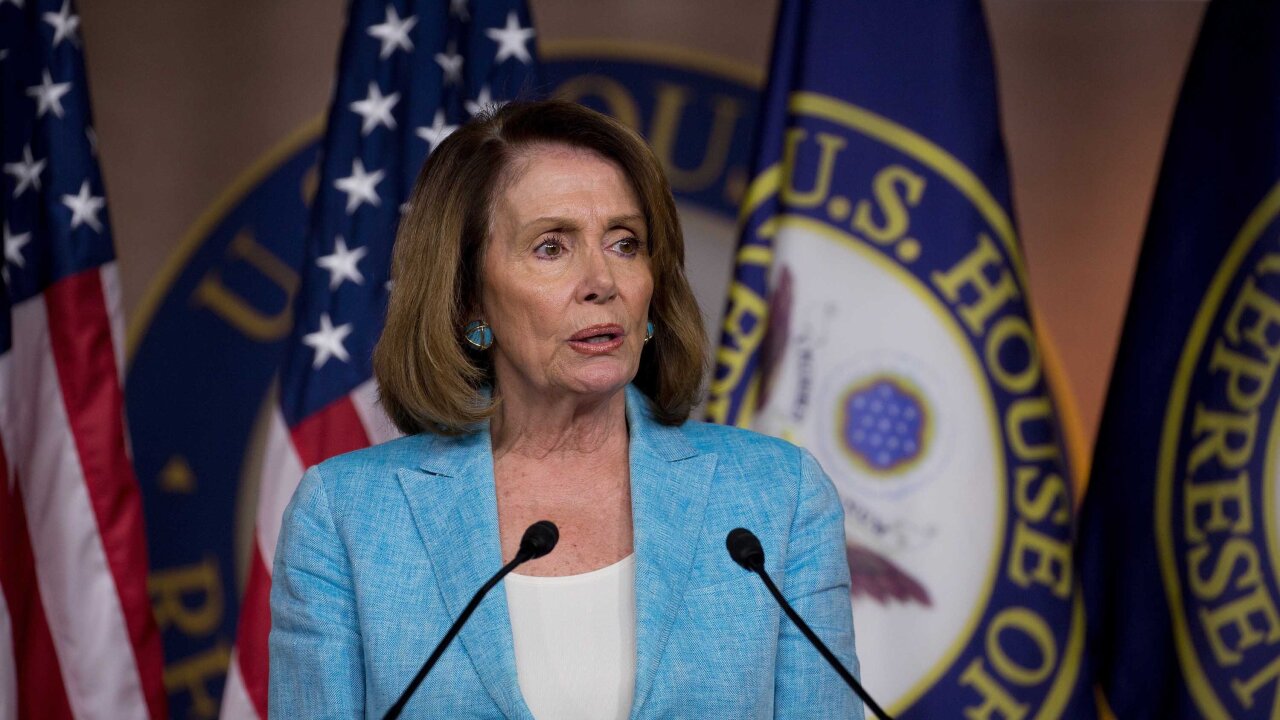 House Speaker Nancy Pelosi resisted her colleagues’ increasing calls to open an impeachment inquiry into President Donald Trump, telling her caucus in a private meeting to continue fighting the administration in the courts and through investigations on Capitol Hill.

House Speaker Nancy Pelosi resisted her colleagues’ increasing calls to open an impeachment inquiry into President Donald Trump, telling the Democratic caucus in a private meeting on Wednesday morning to continue fighting the administration in the courts and through investigations on Capitol Hill.

But in comments to reporters immediately following the meeting, Pelosi lambasted Trump for participating in a “cover-up.”

During the caucus meeting on Capitol Hill, the leaders of various House committees discussed the state of their investigations and argued to stay the course, while a few members, including Reps. Alexandria Ocasio-Cortez of New York and Maxine Waters of California, urged to impeach the President, according to multiple attendees.

House Oversight Committee Chairman Elijah Cummings, D-Maryland, pointed out that Democrats had just won a key court case — a federal district judge told the accounting firm Mazars on Monday that it will need to turn over Trump’s accounting records — in asserting that their strategy is getting results.

Pelosi said that reviving Congress’ long-dormant powers to punish those who are in contempt — which include jailing or fining those who don’t comply with subpoenas — is on the table. She also told her colleagues to not raise money off their positions on impeachment, according to attendees.

Pelosi’s comments came hours before a White House meeting to discuss a massive infrastructure plan — a meeting that Trump cut short in retaliation.

“I don’t do cover-ups,” said Trump from the Rose Garden and called on Democrats to end their investigations into him, his finances and his administration.

Following the White House meeting, Pelosi said at news conference that she and other Democrats went into the meeting with a “spirit of bipartisanship” but that the President “just took a pass” on continuing their discussions on infrastructure.

“In any event, I pray for the President of the United States,” she said.

Rep. Hakeem Jeffries, a member of Democratic leadership, told reporters the number of House Democrats who want to open an impeachment inquiry is “a small fraction” of the conference, even if it’s growing. “The overwhelming majority of the House Democratic caucus in my view continue to agree with the approach that has been articulated by Speaker Pelosi,” he added.

Jeffries advocated to “hold the President and the administration accountable,” calling for special counsel Robert Mueller to publicly testify before Congress and for the House to hold Attorney General William Barr, who declined to testify before the Judiciary committee, in contempt.

Several other members of Congress, including Reps. Peter Welch of Vermont, Lois Frankel of Florida, John Sarbanes of Maryland and Ro Khanna and Zoe Lofgren of California spoke in favor of continuing the current course of action in the private meeting, according to attendees.

“I have no doubt that the President committed impeachable acts, but there’s a reason that the founders gave that decision to Congress,” said Khanna, according to a Democratic source. “There had to be a political judgment, and my deep fear is, that if we impeach this President, it’s going to further tear this country apart, and not let my generation work towards healing the country.”

If the House did impeach the President, the charges would then be heard by the Republican-led Senate, leading some Democrats to view the process as not only divisive but impractical.

But others view opening an impeachment inquiry as part of their duty as members of Congress. Mueller’s report found multiple potential instances of obstruction of justice, an impeachable offense put forward by the House Judiciary committee during the Richard Nixon and Bill Clinton presidencies.

Since the release of the report, the Trump administration has stonewalled the House’s investigations. This week, former White House counsel Don McGahn did not testify before the Judiciary committee despite a subpoena at the request of the White House. While the panel’s chairman, Rep. Jerry Nadler of New York, has said the panel will hold him in contempt, that is not enough for some Democrats.

“Lots of members want to put an impeachment inquiry on the table,” said Rep. Jamie Raskin, Democrat of Maryland. “We want to use whatever means are necessary in order to defend the Constitution and the rule of law.”