Governor responds to blackface investigation findings: ‘I am not in the racist and offensive photo’ 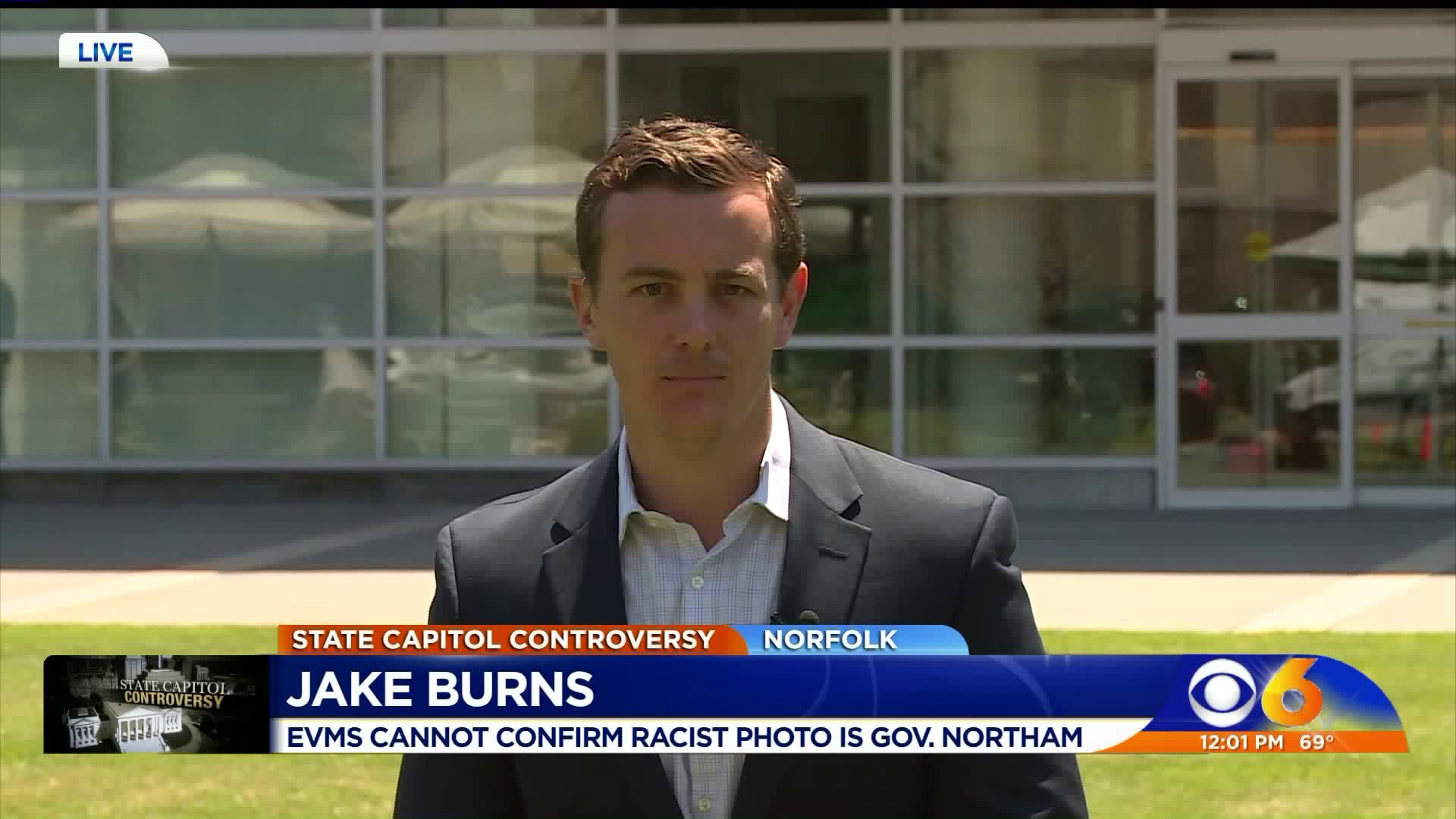 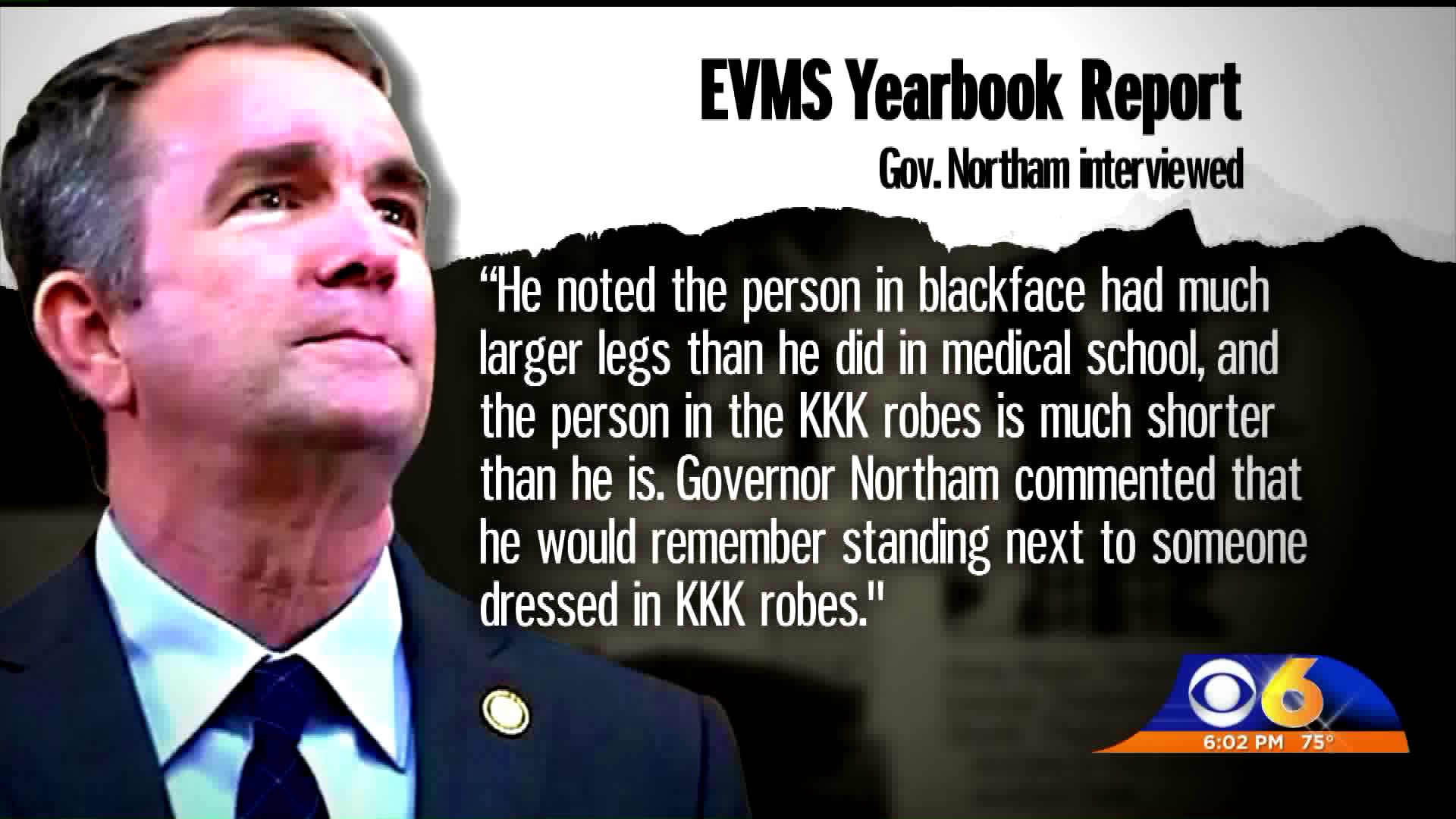 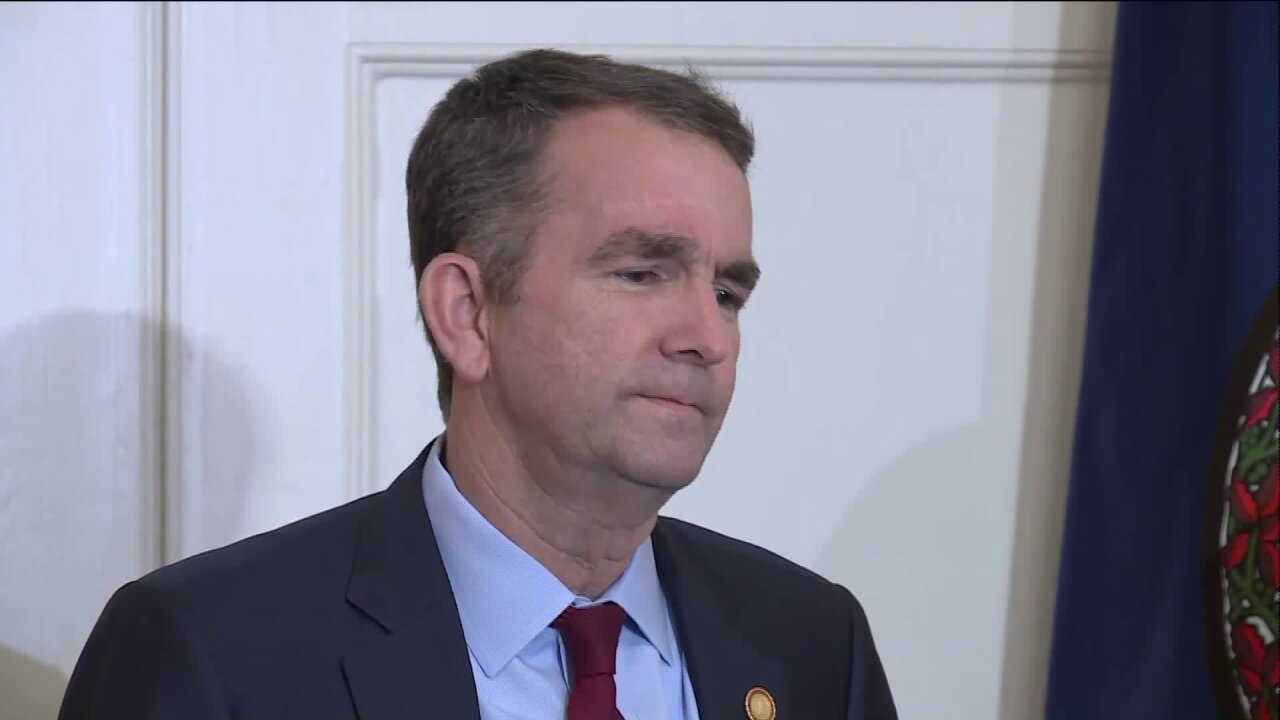 RICHMOND, Va. -- An independent investigation conducted into a racist photograph on Virginia Democratic Gov. Ralph Northam's 1984 medical school yearbook page could not "conclusively determine the identity of either individual depicted in the photograph."

The investigation also did not "conclusively determine the origin of the photograph," which surfaced earlier this year, depicting one person in blackface and another dressed in a Ku Klux Klan hood and robes.

“I have cooperated with Richard Cullen and his team over the course of their investigation, both by making myself available for interviews and by turning over the findings of my private inquiry into the matter. I am not in the racist and offensive photo that appears under my name in the 1984 Eastern Virginia Medical School yearbook," Governor Northam stated following the release of the investigative report. "That being said, I know and understand the events of early February and my response to them have caused hurt for many Virginians and for that, I am sorry. I felt it was important to take accountability for the photo’s presence on my page, but rather than providing clarity, I instead deepened pain and confusion.

"In visits with local leaders across the Commonwealth, I have engaged in frank and necessary dialogue on how I can best utilize the power of the governor’s office to enact meaningful progress on issues of equity and better focus our administration’s efforts for the remainder of my term. That conversation will continue, with ensuing action, and I am committed to working to build a better and more equitable Virginia for all who call it home."

When the photo first surfaced in early February, Northam, a former pediatric neurosurgeon and Army doctor, initially confirmed he was one of the people in the yearbook photo and apologized. He reversed course the following day, saying he did not believe he was pictured after all, but revealing he once darken his face to resemble Michael Jackson during a 1984 dance competition. He also vowed to stay in office and help the state heal, despite calls for his resignation.

Asked about Northam's walkback, Richard Cullen, a partner at McGuireWoods, told reporters on Wednesday that "the best we can conclude is that (Northam) erred on the side of caution initially, and immediately regretted not having denied, and then, in his mind, tried to recant or correct the record the next day."

Speaking at a press conference Wednesday along with representatives from McGuireWoods, Eastern Virginia Medical School President Richard V. Homan called the photo's publication in 1984 a "failure of the administrative oversight on the part of EVMS."

"Its publication was particularly hurtful to African-American community and our academic community," Homan said, apologizing for the photo. "It should have never happened."

Northam was interviewed twice, on March 27 and May 8, and was described as being cooperative. Northam consistently denied he was in the photo, according to the investigation.

The governor's counsel was notified Tuesday afternoon of the investigation's summaries, and received a copy of the report Wednesday morning the same time it was available to the press.

Investigators learned that Homan and a former EVMS president knew of the photograph's existence prior to it surfacing online in February and at times when Northam was running for public office. Neither president disclosed the photo in the media.

Homan told reporters Wednesday that he felt it was not a necessary disclosure for him to make and stressed that EVMS is "apolitical."

At one point in the press conference, a member of the NAACP questioned whether the investigation was independently conducted, given that Cullen was the former attorney general of Virginia.

"This was an independent investigation, objective in every respect, and that we had the full support of the university in terms of their commitment to being transparent," said George Martin, a McGuireWoods partner.

According to the report, the investigation found that the school's yearbooks from 1976 to 2013 contained at least 10 photographs depicting individuals in blackface and "repeatedly contained other content offensive to women, minorities, certain ethnic groups, and others." The school discontinued its yearbooks in 2013.

In the days following the yearbook photo discovery, Virginia was gripped by further scandal.

Two women, Vanessa Tyson and Meredith Watson, came forward with allegations of sexual assault against Virginia Democratic Lt. Gov. Justin Fairfax, which he has repeatedly denied. Around the same time, Virginia Democratic Attorney General Mark Herring admitted that he had word blackface as a 19-year-old while dressing up as a rapper at a party. Herring had previously called on Northam to resign.

Fairfax and Herring have remained in their positions in the wake of the scandals.