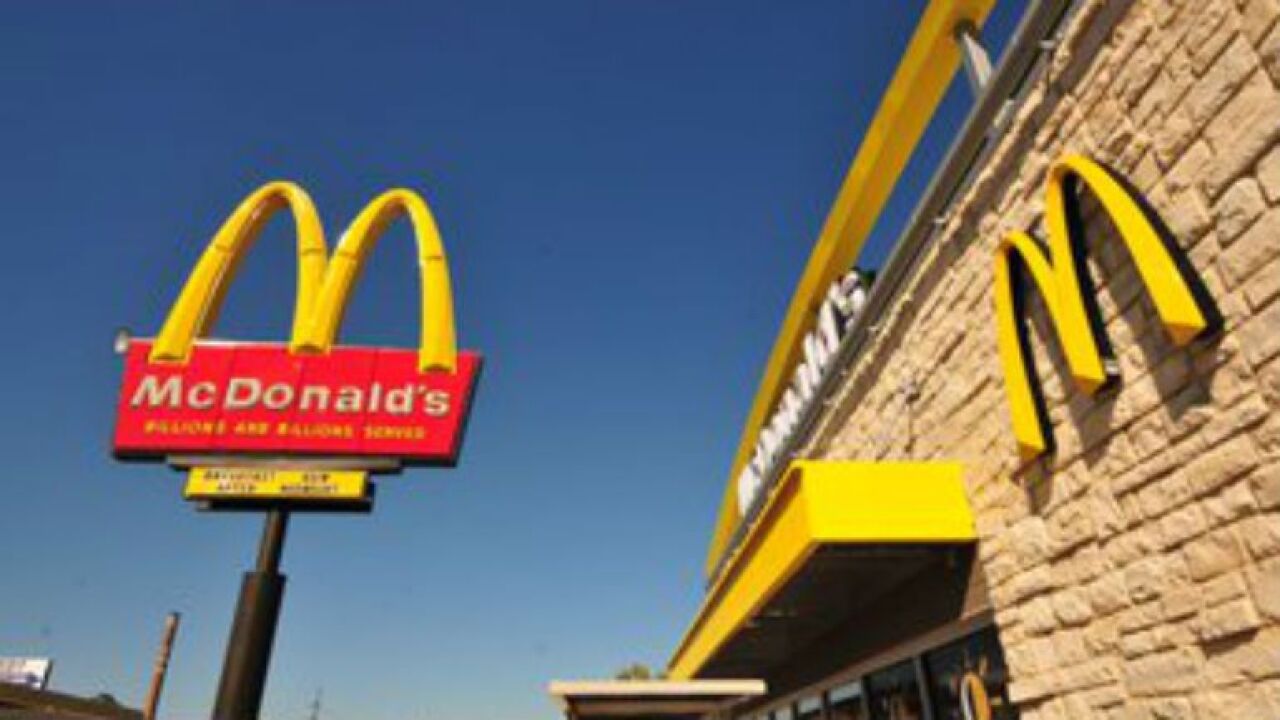 Mcdonald’s is taking a lot of heat from workers’ rights groups leading up to its annual shareholder meeting Thursday.

This week, the burger chain has been accused of failing to protect workers from sexual harassment and violence. High-profile activists like actress Padma Lakshmi joined a worker protest in Chicago. And Time’s Up, which aims to combat workplace sexual misconduct, sent an open letter to McDonald’s CEO Steve Easterbrook.

McDonald’s will face activist pressure inside and outside its shareholder meeting, and the tension is escalating.

Inside the meeting, McDonald’s may be pressed on a hodgepodge of issues. The Corporate Accountability activist shareholder group plans to bolster its proposal that shareholders will be able to act by written consent. And Change.Org hopes one of its members attending the meeting will get to ask McDonald’s to add more vegan and vegetarian options to its menu.

It’s not unusual for companies — especially leaders like McDonald’s — to face criticism ahead of an annual shareholder meeting. The environmental group Stand.Earth staged a “cup monster” outside of Starbucks’ annual meeting in 2017 to pressure the company to develop a greener cup, for example. This year, Amazon faced an enormous slate of shareholder proposals.

McDonald’s has certainly faced pressure in the past. But 2019 is a little different: The company is holding its event at a hotel near Dallas/Fort Worth Airport rather than in its home base of Chicago, prompting activists to speculate that McDonald’s is trying to avoid the activists’ wrath.

McDonald’s, for its part, said that being in Dallas “provides us with a unique opportunity to interact more closely with local management and broadens the opportunity for other shareholders to attend the meeting in person.”

Fight for $15 has long targeted McDonald’s by pressuring the chain to raise wages and improve worker conditions. But “this is an intensification and an acceleration,” Mary Joyce Carlson, attorney for Fight for $15, told CNN Business.

“We have developed some very powerful alliances that made things different this year,” she said.

Fight for $15, with support from the Time’s Up Legal Defense Fund and the American Civil Liberties Union, announced on Tuesday that 25 new sexual harassment charges and lawsuits have been filed against McDonald’s.

According to a Fight for $15 and a union press release, workers allege that they’ve been groped, propositioned for sex and become the target of lewd comments, among other things, in both corporate and franchise locations. Workers, including at least one as young as 16, also claim that they faced retaliation when they made managers aware of the alleged abuse.

McDonald’s employees protested this week to raise awareness for the charges. They were joined by Lakshmi, a “Top Chef” host who shared last year that she was raped as a teenager.

Easterbrook penned a letter to Lakshmi detailing the efforts the company has made over the past year to ensure “a harassment and bias-free workplace.” Easterbrook said that McDonald’s started working with the anti-sexual violence organization RAINN last year to help clarify its sexual harassment policies and reporting methods. It also conducted manager and operator trainings last fall, opened a hotline and more.

“We are committed to creating and sustaining a culture of trust where employees feel safe, valued and respected,” Easterbrook wrote.

Fight for $15 and ACLU leaders say McDonald’s isn’t doing enough. With help from the groups, workers have filed more than 50 complaints and suits against the company over the past three years, according to Fight for $15.

“The majority of our clients allege harassment occurring precisely when the company claims it was making these reforms,” said Gillian Thomas, senior staff attorney for the ACLU Women’s Rights Project, in a statement. The groups say that McDonald’s must work with employees directly to find a solution.

Violence in the workplace

Fight for $15 cited a report by the National Employment Law Project that examined the type and frequency of violent incidents at McDonald’s stores. The report pulled from media reports about violence at McDonald’s locations, cataloging events ranging from robberies to violent fights and the use of firearms to threaten workers.

This week, workers at a McDonald’s in Chicago filed a complaint with the Occupational Safety and Health Administration over violence they said they face at their jobs, including bloody fist fights, violent attacks on employees by customers, and customers brandishing firearms and threatening serious bodily harm. Workers also sent a letter to OSHA asking for an investigation of their restaurant because they claimed the company and its franchisee “failed to protect [them] from the recognized hazards of workplace violence.”

McDonald’s said in a statement that “we believe every person working in McDonald’s restaurants deserves to do so in a safe and respectful environment and, along with our franchisees, have invested in programs that promote safe environments for customers and crew members.”

The company added that “this includes clear policies that strictly prohibit violence, threats of violence and other conduct that jeopardizes or harms the safety of employees and others in the workplace and during work-related activities.”

The company promised more action in the future. It added that “throughout the rest of the year in our corporate-owned US restaurants, we will roll out national training initiatives that we’ve developed, focused on employees’ safety in the workplace to further ensure that anyone who comes into a McDonald’s feels safe, secure and respected.”

For investors, the complaints may not move the needle, said Morningstar analyst RJ Hottovy. Allegations of sexual harassment or violence aren’t unique to McDonald’s. What investors may be paying attention to is whether McDonald’s is having problems with its franchisees.

What matters to investors

The company has encountered some friction with its franchisees, which could put investors on edge.

In October, the National Owners Association — a self-funded advocacy group of McDonald’s franchisees — met for the first time to discuss ways to work with McDonald’s to improve their livelihoods. The company’s aggressive remodeling plan has put pressure on franchisees, which also struggle when McDonald’s adds new menu items or makes changes like offering all-day breakfast.

The meetings are a big deal, Hottovy said.

“You’re only as good as the franchisees that support you,” he said. “Maintaining good relationships is absolutely critical.”

The company has tried to listen to franchisee concerns by giving them more time to remodel stores, Hottovy noted. Recently, McDonald’s has taken certain steps to streamline its menus, including shrinking its late night menu and phasing out complicated craft burgers. The company has also given restaurants more autonomy around advertising and the menu, Hottovy said, which has helped “smooth over” relations.

Franchisees are not often shareholders and they are unlikely to have a presence at Thursday’s meeting, noted franchise consultant Richard Adams, who was once a McDonald’s franchisee. But investors and analysts who are listening in may keep an ear out for an update on the relationship between management and franchise owners. If franchisees push back against management initiatives, that could throw a wrench in McDonald’s overall strategy.

https://s3.amazonaws.com/cnn-newsource-image-renditions-prod/BIZ_MCDONALDS_SHAREHOLDER_MEETIN/S109586130_thumbnail.JPG
Copyright 2020 Scripps Media, Inc. All rights reserved. This material may not be published, broadcast, rewritten, or redistributed.