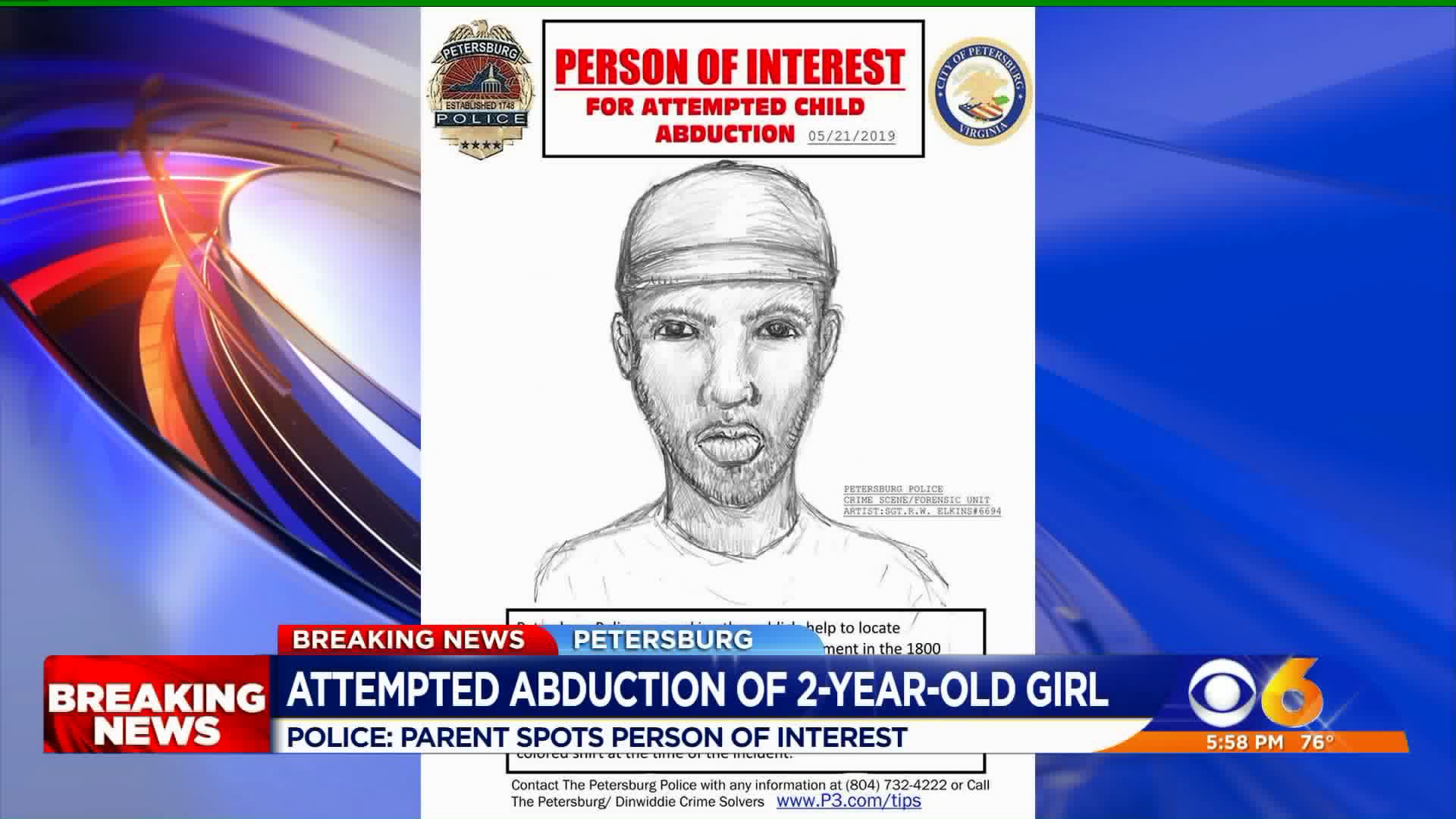 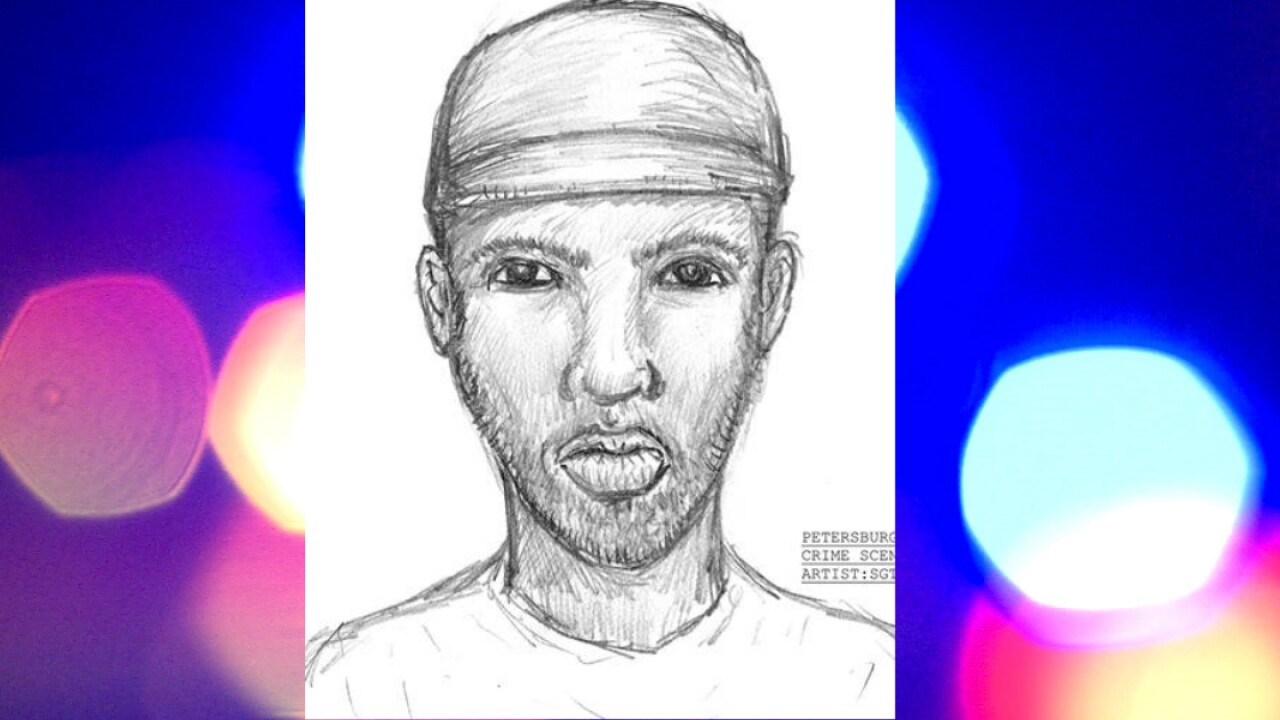 PETERSBURG, Va. -- Police are asking for the public's help to identify a man they say tried to abduct 2-year-old girl from a Petersburg apartment building Tuesday morning.

Officers were called to an apartment complex in the 1800 block of Boydton Plank Road at 8:05 a.m. for a report of an attempted abduction, according to Petersburg Police.

Officials said the suspect walked into an unit at the South of the James Apartments and tried to lure the girl into the hallway.

"The suspect was seen briefly by a parent," police said.

In a Facebook post Wednesday evening, police described the suspect as a thin black male with a medium complexion and about 25 years old.

The suspect, who had a beard, was wearing a red cap and brightly colored shirt at the time of the incident, police said.

Anyone who has information that could help detectives is asked to call the Petersburg Bureau of Police at 804-732-4222 or the Petersburg/Dinwiddie Crimes Solvers at 804-861-1212 or by sending a tip by down loading the P3tips App to your phone or by going to P3tips.com. This is a developing story, so anyone with more information can submit a news tip here.