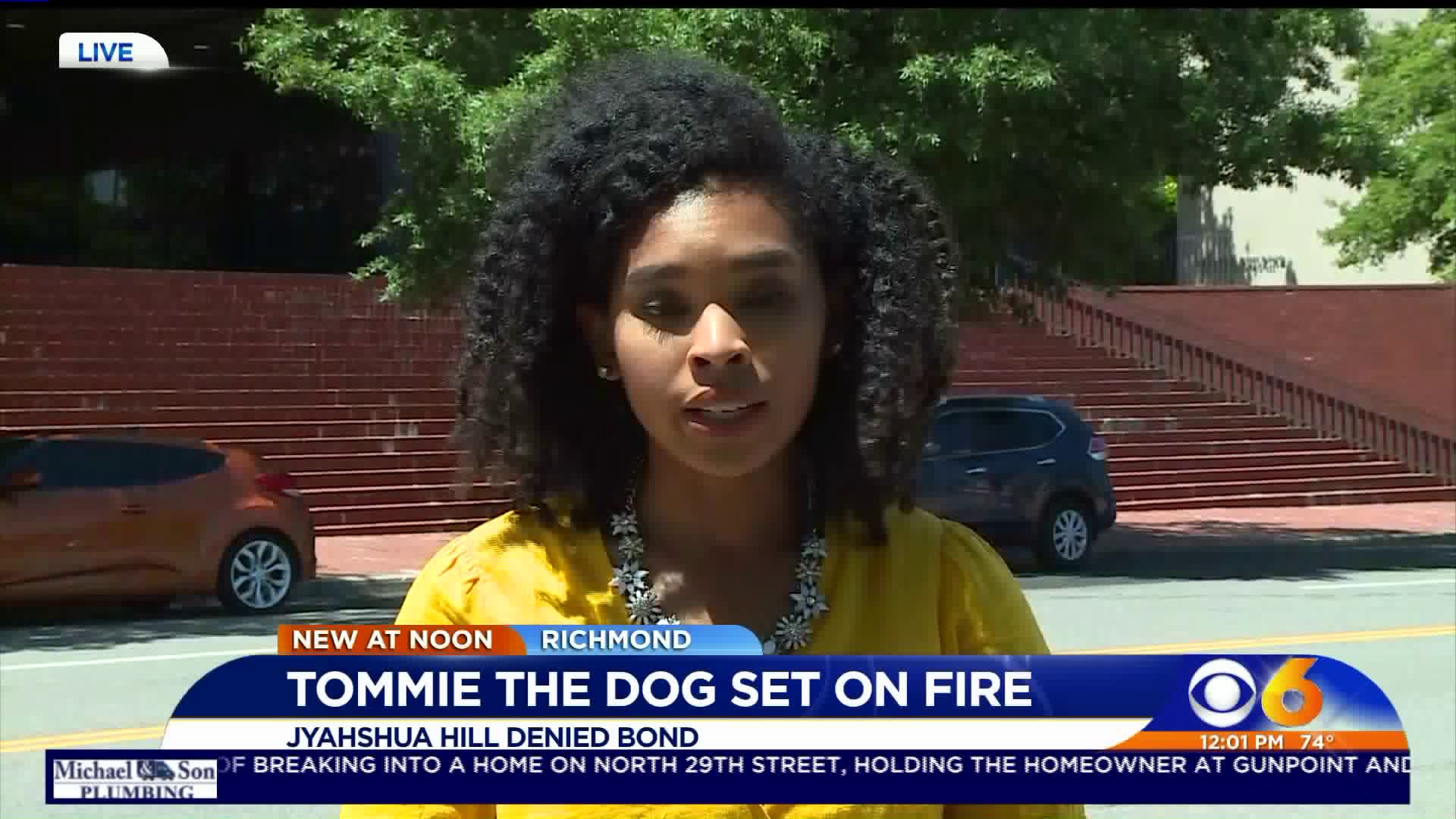 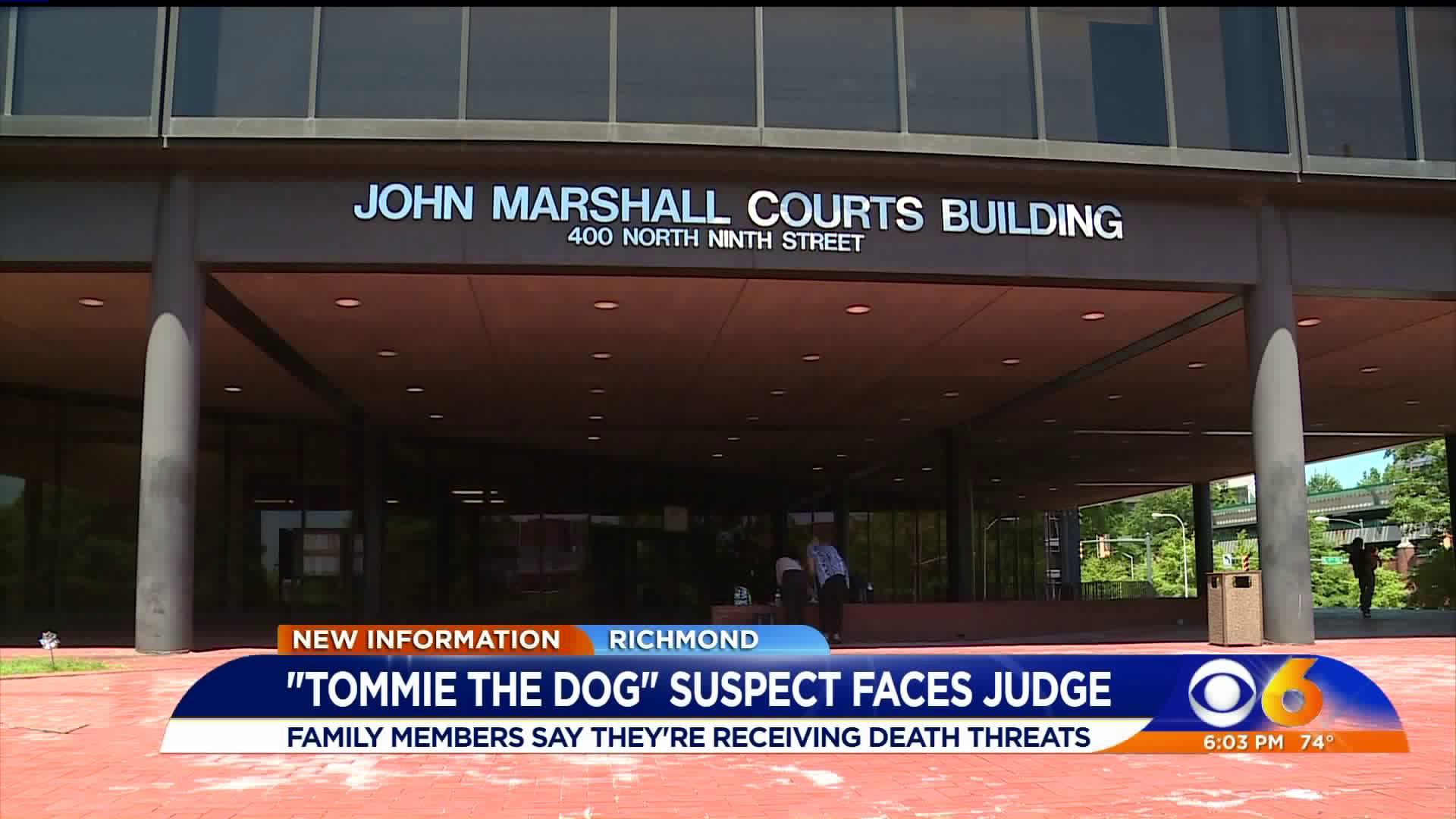 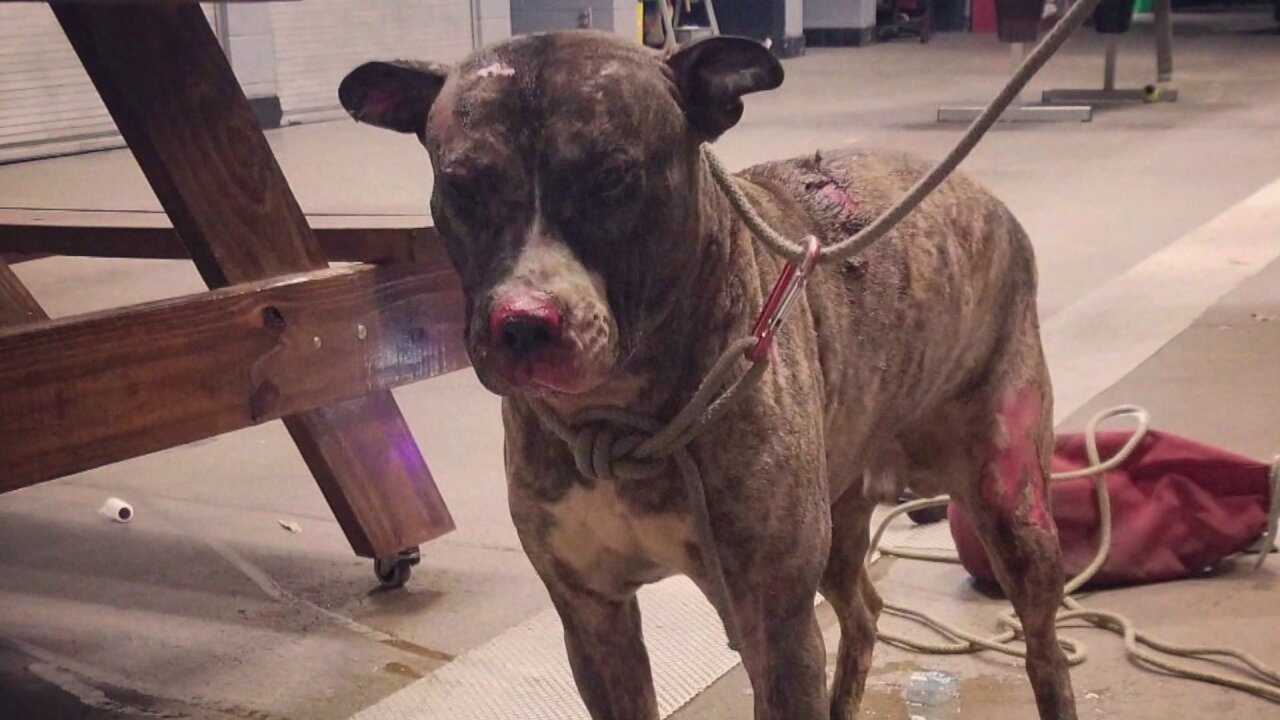 RICHMOND, Va. -- The wife of the man accused of setting fire to Tommie, a dog found tied to a Richmond park fence, said the public started to threaten her children in the hours after her husband's arrest.

"People [are saying they're] going to burn my apartment, people were going to burn my children, hang my kids, burn my kids alive," the woman, who asked her name not be made public, said. "I just don’t understand."

Jyahshua A. Hill, 20, appeared in court Tuesday for his arraignment hearing on a felony animal cruelty charge.

That charge stemmed from a February incident that sparked outrage in the community.

Tommie was found tied to an Abner Clay Park fence and set on fire the night of February 10, 2019. He was treated at Virginia Veterinary Center on Cary Street, but died from his injuries on February 15.

The search for the person responsible for Tommie's death has taken months. On Monday, Richmond Police announced Hill's arrest.

"Investigators are crediting an outpouring of information and assistance from the general public that helped them solve this crime," a Richmond Police spokesperson said.

During Tuesday's hearing, the court appointed Hill an attorney. His bond status will be determined at a future hearing.

Friends of Hill asked the public to wait for more information to come out before passing judgement.

"Y'all were not there. Y'all don't know what happened. Y'all just going off something that y'all see," a family friend said outside of court. "We just want y’all to chill. Chill out. Y’all don’t know what’s up. Chill out."

Richmond Animal Care and Control administrators said they are working on processing the $25,000 reward. They would not say if one person or several individuals would be receiving the reward.

"This type of fact scenario is pretty aggravated I think to most judges and so I would expect the sentence to reflect that," Stone explained. "Right now, he’s presumed innocent. But, if he’s proven guilty then it’s one that I think the sentence would be fairly aggravated within that five year range."

Outrage over Tommie's death prompted Virginia lawmakers to pass legislation dubbed "Tommie's Law. " It made animal cruelty a felony in Virginia. Prior to the legislation, the animal had to die as a direct result of the torture or inhumane injury before a suspect faced a felony charge.