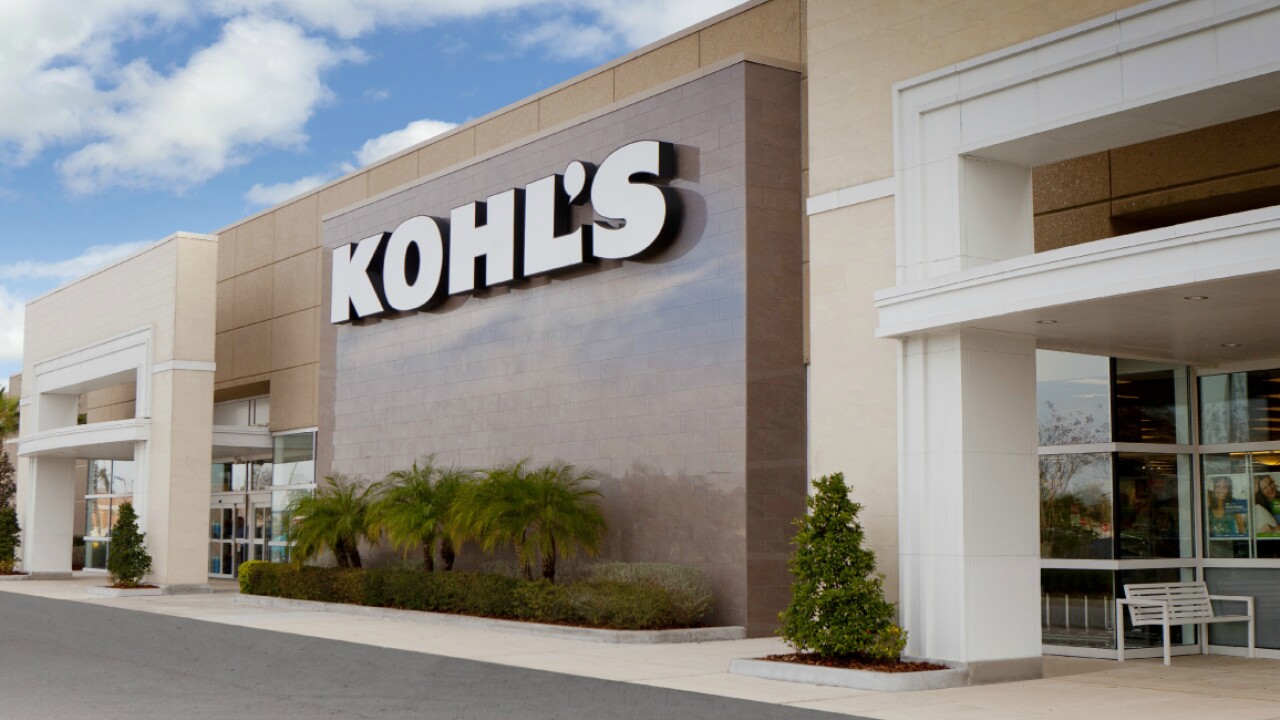 Kohl’s reinvented itself to adapt to sweeping changes in the retail industry. But the company still can’t dodge intense pressures on department stores from online rivals, big box retailers and discount chains.

Sales at Kohl’s stores open at least a year dropped 3.4% during the first quarter of 2019 — the company’s first drop in almost two years — it reported Tuesday. Kohl’s also trimmed its guidance, and now expects sales this year to break even or decline.

The results surprised investors who bought into Kohl’s approach in recent years. Kohl’s stock tumbled 12% during trading hours Tuesday, wiping out its gains for the year.

“The year has started off slower than we’d like,” CEO Michelle Gass told analysts on an earnings call. She admitted she was disappointed by the performance.

Kohl’s results left some analysts wondering whether last quarter’s downturn was a temporary blip or a sign of permanent damage.

“There is no doubt that this represents, at the very least, a serious diversion on Kohl’s road to recovery,” Neil Saunders, managing director at GlobalData Retail, wrote in a note to clients.

Gass, the CEO, has taken a proactive approach to remaking Kohl’s more than 1,150 stores for the online shopping era.

Kohl’s has partnered with Amazon to offer free returns for customers in select stores. It has shrunk the size of some stores and rented out the extra space to companies such as Aldi. And it has expanded its Nike and Under Armour merchandise sections and partnered with brands like PopSugar and top designers for clothing lines.

Those moves seemed like they were working: Coming into Tuesday, Kohl’s recorded six straight quarters of sales growth at stores open at least a year.

Gass and Kohl’s executives attempted to assure analysts that the weak quarter was merely a “speed bump.” She said that there was no “core, systemic challenge” with Kohl’s clothing business, which accounts for nearly half of its annual sales.

Still, Kohl’s chief financial officer Bruce Besanko acknowledged that drawing customers into stores was a “challenge” last quarter and that Kohl’s has “a lot of work” in front of it.

Gass blamed the unexpected sales drop on cold weather and struggles within Kohl’s homegoods division. But she also noted that that competition is rising, especially in home decor.

“It’s a highly competitive market, and we’ve seen more aggressive pricing and promotions in categories like home,” she said.

Discount retailers have squeezed Kohl’s, as well as other department stores such as JCPenney and Macy’s. JCPenney said Tuesday that sales at stores open at least a year dropped 5.5% during its first quarter compared with a year ago. Macy’s sales inched up 0.7% last quarter, but it was led by growth in its discount Backstage stores.

Walmart and Target have both said recently that they are gaining market share in their home and clothing divisions. Target, for example, has launched new home decor brands, which helped lift its home business last year to its fastest sales growth in more than a decade.

Meanwhile, discount chains such as TJMaxx, Burlington and Ross Stores continue to grow rapidly. TJX said Tuesday that sales at TJMaxx and Marshall stores together increased 6% last quarter compared with a year ago.

TJMaxx and Marshalls’ “apparel and home categories were both very strong,” TJX CEO Ernie Herrman said in a statement. Hermann said that traffic flooding into stores lifted sales, which demonstrated the “resiliency of our off-price retail model” even in a healthy economy.

Analysts believe TJX is poised to continue growing, which will challenge Kohl’s and others.

“We expect TJX’s off-price model will continue to gain share,” Jamie Merriman, analyst at AllianceBernstein, said in a note to clients Tuesday.

Gass said Kohl’s plans to boost sales by lowering prices on some merchandise.

“There were points in time during the quarter where we just weren’t as competitive” on pricing, she told analysts. “In hindsight, we should have been a little sharper.”

But the company’s “single biggest initiative” to drive traffic to stores this year will be the national expansion of its returns program with Amazon, Gass said.

Beginning in July, Kohl’s will accept Amazon customers’ order returns for free — even without their shipping box — at all of its stores. Shoppers can drop off their returns at customer service desks, and Kohl’s will package and ship the items back to Amazon using its own logistics network.

Gass said that the Amazon partnership will help Kohl’s bring in new customers, including highly-coveted Millennial shoppers. But the Amazon relationship will only benefit Kohl’s if those Amazon customers shop the stores after they drop off their returns.

“We need to take that traffic and convert it into sales,” CFO Besanko said.