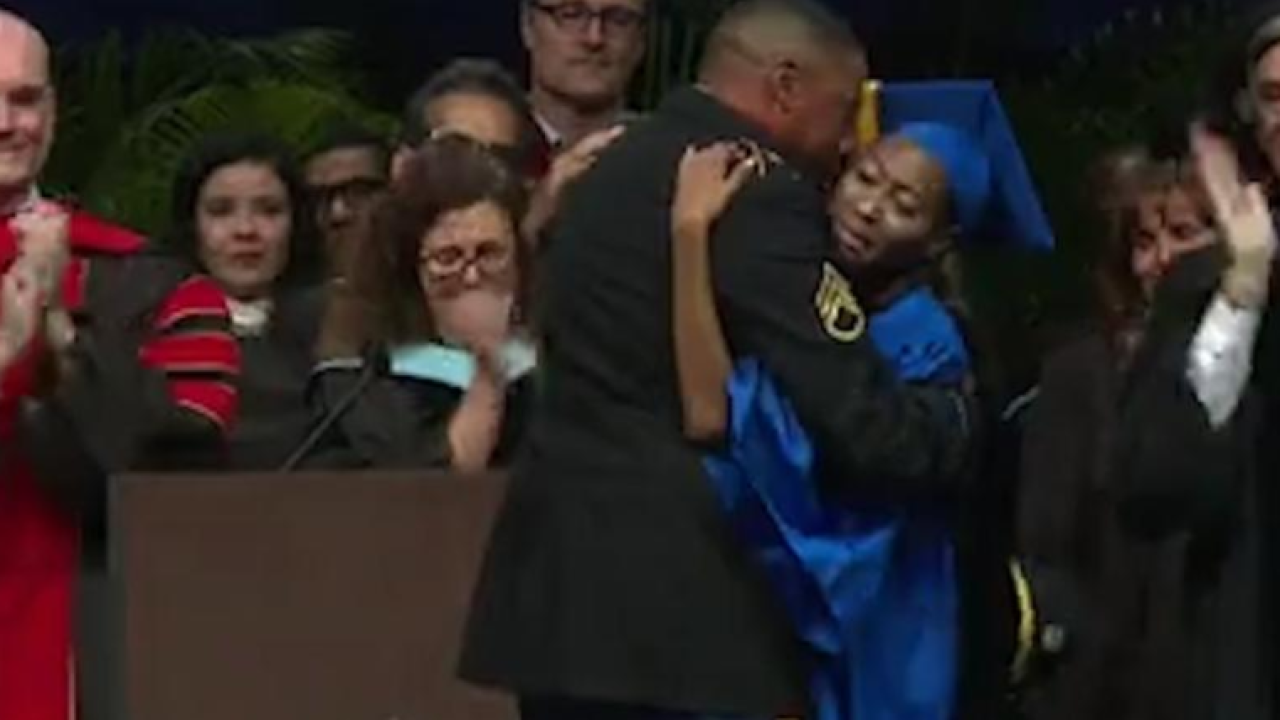 Graduation day was already shaping up to be a huge moment in Kayla Tillman’s life, but it was made even more memorable by a surprise visit from her father, who’s been serving overseas in the Army for years.

Staff Sgt. Anthony Tillman strode onto the stage during Sunday’s graduation for St. Thomas Aquinas High School in Fort Lauderdale, Florida, took of his uniform hat and gave his daughter a huge hug.

Kayla said her dad had been serving in South Korea, and had told her three days before graduation that he would not be able to make it.

“I had no idea that he was coming,” she said.

Assistant Principal Margie Scott says Tillman arrived about an hour before the ceremony and asked to surprise his daughter. They scrambled to find a way to work it in.

“There was never a question of whether or not we wanted to do it. We just wanted to make it as right as we possibly could,” Scott said.

They ended up calling Kayla to the stage for special recognition before introducing her dad.

“When they called my dad up there I was happy, I was filled with joy and I was stunned,” she said.

Kayla said her dad’s been in the Army since she was in the second grade and has been gone a lot.

She said he talks regularly with her and her sister over FaceTime, but she hadn’t seen him in person since just before the start of eighth grade.

She said they only got to spend a short time together after graduation.

“He left the same night. I saw him for a couple of hours. We had dinner,” she said. “Every time I see him, our time is very limited.”

Anthony Tillman told CNN affiliate WSVN that he is a tank commander and that being away from his children has been tough.

“When they call me crying, when I can’t fix something — be there to fix it for them,” Tillman said. “I think that’s one of the hardest things — just not being there when they really need me.”

Kayla says she plans to take an online course so she can get ahead before going off to college. She’s majoring in biological sciences and hopes to become a doctor.