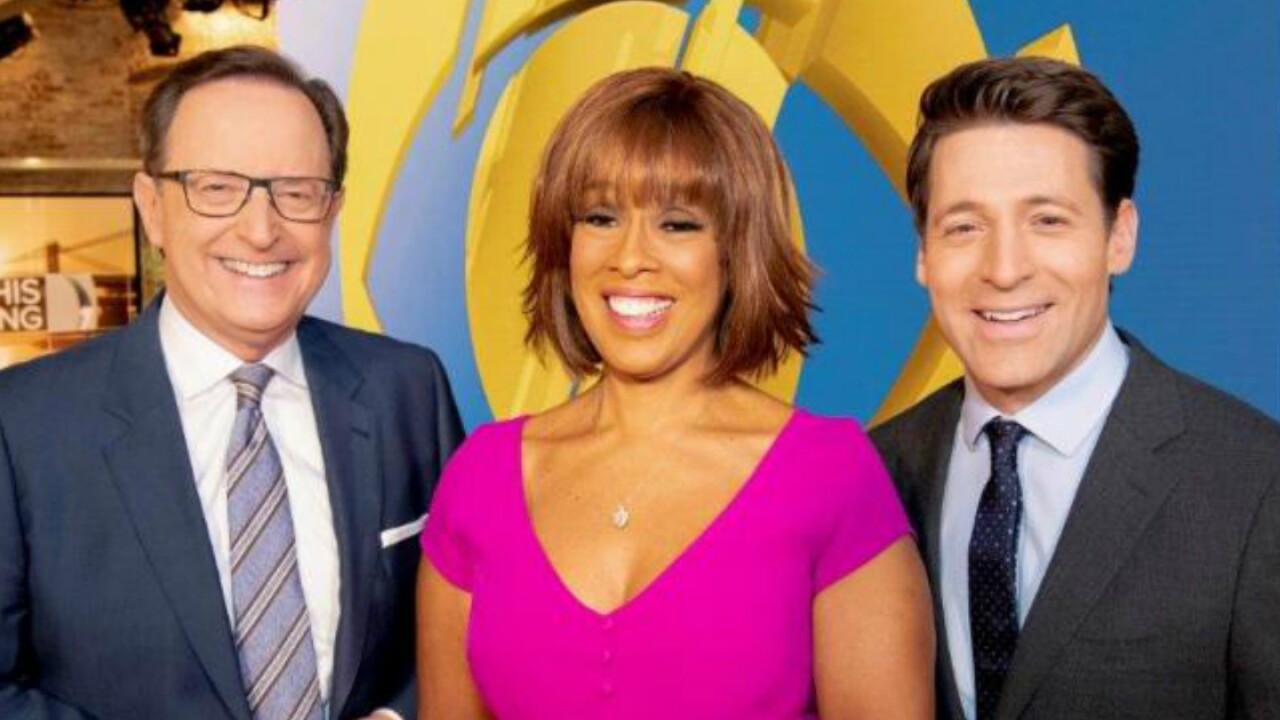 NEW YORK — Gayle King will be joined by Anthony Mason and Tony Dokoupil as the new co-hosts of “CBS This Morning” starting Monday, May 20.

CBS News President and Senior Executive Producer Susan Zirinsky announced earlier this month that King, Mason and Dokoupil would be the new co-hosts of the network’s morning newscast, which airs weekdays from 7 to 9 a.m. on CBS 6.

Zirinsky praised King’s “game-changing interviews, compassionate storytelling and authenticity” after her headline-making interviews with R. Kelly, the Jackson family and the pop icon’s accusers featured in the HBO documentary “Leaving Neverland” as well as the American tourist kidnapped in Uganda.

“Her unrivaled ability to connect with audiences makes ‘CBS This Morning’ relevant, relatable and the place you must start your day,” Zirinsky said.

King has co-hosted “CBS This Morning” since the program began in 2012.

Mason, who has most recently anchored ‘CBS This Morning: Saturday,’ has been with the Tiffany Network for 33 years and “his curiosity and interests in a wide range of subjects from music, culture, science and literature will be on full display” during the morning program, network officials said.

“Anthony Mason is an exceptional journalist who over his three decades at CBS News has interviewed everyone from presidents to legendary artists, and has tapped into some of the most important stories in the world,” Zirinsky added.

Dokoupil, who established himself at ‘CBS Sunday Morning’ doing powerful and provocative cover stories as well as reports for all CBS News programs, is “passionate about journalism and the stories we tell every day” aims to bring “new energy and perspective” to the program,  Zirinsky said.

“Tony Dokoupil is a brilliant writer with a passion for delivering stories that matter,” Zirinsky said. “This new role will give Tony a platform to continue his standout reporting.”

What happens to Norah and John?

The news came as Zirinsky announced Norah O’Donnell would move to “CBS Evening News” as anchor and managing editor when the newscast moves to its permanent home in Washington, D.C. this fall.

“Norah is one of the leading journalists of our time. Her outstanding reporting, incisive interviews and dedication to the truth will distinguish the ‘CBS Evening News’ every night,” Zirinsky said.

“John is a world-class interviewer and writer who uses history to create current context to the complexities of the day,” Zirinsky said. “His insights into politics, culture and world events – past and present – will deepen the audiences’ understanding of what matters and will add to the excellence of ’60 Minutes’ and CBS News’ election specials.”

Zirinsky thanked former “CBS Evening News” anchor Jeff Glor for his “award-winning work and his commitment to both his colleagues and to our viewers.”

Zirinsky said she hoped Glor would remain with the network.

Which morning news program do you watch? Click here to weigh in on the WTVR CBS 6 Facebook page.