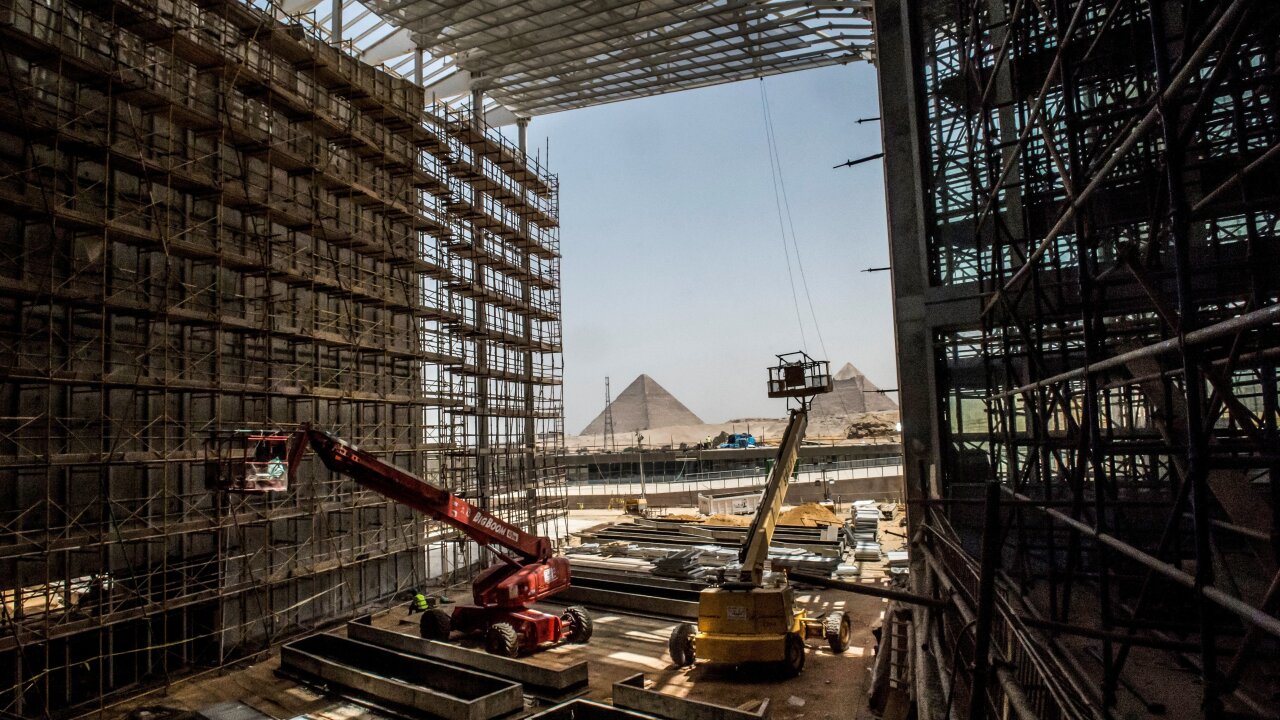 Giza’s long-awaited Grand Egyptian Museum, which cost more than $1 billion to build, is expected to open in mid-2020 after a series of delays.

At least 17 people were wounded in an explosion that targeted a tourist bus on its way to visit Egypt’s Giza pyramids, a doctor at the hospital where they are being treated told CNN.

The bus was carrying 25 South African citizens, Egypt’s state-run Ahram daily reported. A device exploded near the bus, while the windshield of another vehicle was damaged.

Tourists arrived in Cairo airport at noon Sunday and were on their way to visit the Great Pyramids of Giza when the blast hit their bus, a tour guide and one of the tourists told CNN outside Al-Haram Hospital where they were taken.

“As soon as the tour guide said this is the pyramids, the explosion happened,” a woman wearing a blood-stained white T-shirt told CNN on her way out of the hospital. The interview was interrupted by security before the woman could provide her name.

Ten tourists and seven Egyptians were brought to Al-Haram Hospital with minor injuries, Ahmed Bassiouny, a medical doctor, told CNN. Ten patients have left the hospital, while seven were transferred to another hospital.

Egypt’s Minister of Tourism Rania A. Al Mashat called it a “minor explosion” in a Twitter post. “Of the 28 passengers on the bus we can confirm some minor injuries with three being treated at the hospital as a precaution,” she wrote.

“The bus was hit but it didn’t look like it exploded,” Mona Zeidan, an eyewitness who drove by the site of the explosion after the incident, told CNN.

South Africa’s government issued a statement on Sunday, saying the Minister of International Relations and Cooperation, Lindiwe Sisulu, had been informed about the incident.

“Initial media reports suggest that South Africans might be among the injured,” the statement said. “The 24-hour operational center has been activated and South Africa’s Ambassador Vusi Mavimbela and his team in Egypt are engaging with authorities including visiting hospitals to verify the information.”

In December, three Vietnamese tourists and an Egyptian tour guide were killed when a roadside bomb struck a tourist bus in the Giza region. At least 11 people were injured in the attack.