A stranger offered her baby supplies. Her body was found 3 weeks later 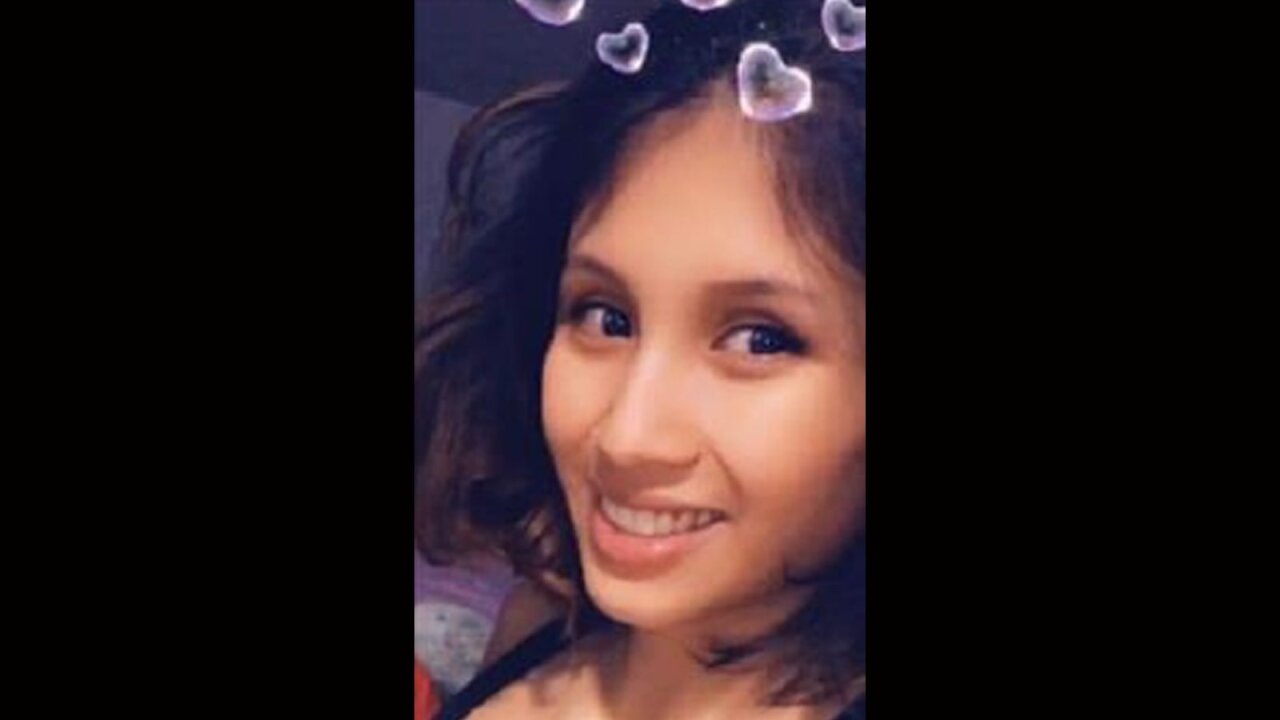 A 19-year-old pregnant woman who vanished last month was found dead in a Chicago home, authorities said. Police said they believe she was killed and her unborn baby was forcibly removed.

The dark-haired 19-year-old vanished April 23 after she made an appeal to mothers on a Facebook group called Help a Sister Out.

She needed help securing a double stroller for her toddler and a new baby on the way, according to social media posts and a pastor who has been assisting her family.

A student at Latino Youth High School in Chicago, Ochoa-Lopez wrote she didn't have a job and was short on cash. She was willing to buy, trade or accept a donation.

A woman responded with an offer of new baby clothes and other unused items, according to the posts. She asked Ochoa-Lopez to message her privately.

Ochoa-Lopez's body was found Tuesday in a garbage can in the backyard of the woman who had offered to help her, police said. The teen had been strangled with a coaxial cable, and her unborn baby forcibly removed from her womb, said Deputy Chief of Detectives Brendan Deenihan of the Chicago police. The baby is in grave condition at a hospital.

Three people who were in the home have been charged -- two with murder and other charges and one with concealment of a crime, police said. They include Clarisa Figueroa, 46, who allegedly lured Ochoa-Lopez to the home, and her 24-year-old daughter, Desiree, whom police said confessed to participating in the slaying.

Police said the break in the case came May 7 when a friend of the victim told detectives of Ochoa-Lopez's Facebook exchanges with Figueroa before she vanished. Apparently Ochoa-Lopez had purchased baby items from the suspects in the past, police said.

"Ultimately, DNA evidence and interviews led us to the three offenders that are now charged," Johnson said.

Jacobita Cortes, a pastor at Adalberto Memorial United Methodist Church, where the family has sought help, said Ochoa-Lopez's mother told her of a conversation they had the day before the young woman vanished.

"She gave her mother a big hug and told her, 'You're the best mom in the world,' " Cortes said.

"Her mother told me Marlen was always affectionate, but that day she seemed especially loving. And the next day Marlen disappeared."

On the day Ochoa-Lopez went missing, the Chicago Fire Department received a call about a newborn in distress from the home where the young mother's body was eventually found, authorities said.

The baby was taken to a hospital that day along with a woman who claimed to be the mother, according to fire department spokesman Larry Langford.

Deenihan said detectives visited the Figueroa home last week after learning of the Facebook contact between the two women. Desiree Figueroa told them her mother was in the hospital for problems with her legs. Then she revealed that her mother had just delivered a baby, he said. Ochoa-Lopez's car was found near the home.

When detectives interviewed Clarisa Figueroa at the hospital, she told them she had met Ochoa-Lopez previously but that the victim had not visited her the day she went missing, police said. Suspicious, detectives subpoenaed hospital records and began to collect DNA samples from the baby, his biological father and Clarisa Figueroa.

On Tuesday, armed with a search warrant, detectives discovered bleach and cleaning solutions in the home, along with evidence of burned clothing and blood on the floors of the living room, bathroom and a hallway, according to Deenihan. Ochoa-Lopez's body was found in a garbage can in the yard, with the cable used to strangle her and other evidence.

Johnson said the elder Figueroa had lost a son who was in his 20s to natural causes in 2017. The motive for the killing is under investigation, but the superintendent said he assumed the suspect wanted to raise the child as her own.

Authorities asked for Ochoa-Lopez's dental records as well as a hairbrush and toothbrush from her family to identify her body, Cortes, the pastor, said. They also matched the baby's DNA to the father, she said.

"We lived together for four years and now I see her with her eyes closed," Yovany Lopez, standing outside the morgue in tears, told CNN affiliate WGBO. "Why would these people do this? She did nothing to them. She was a good person. How could they do this knowing she has family and a 3-year-old son?"

Ochoa-Lopez's mother, Raquel Uriostegui, cried: "I want justice for my daughter, my only daughter. This can't stay like this."

Ochoa-Lopez was last seen more than three weeks ago after leaving Latino Youth High. She was supposed to pick up her 3-year-old from day care later but never showed up, authorities said.

Cortes, the pastor, said Ochoa-Lopez's husband tried to report her missing to the police, but was told to come back in 72 hours. He did and then hired a private investigator, who Cortes said helped find Ochoa-Lopez's car near the home where her body was found.

He went to Cortes for help and plastered the neighborhood with missing persons flyers with Ochoa-Lopez's photo, the pastor said. Residents last week started calling the church to report they had seen the young mother enter the house where she was found dead. They said that one of the women who lived there, in her 40s, suddenly had a baby without ever appearing to be pregnant, according to Cortes.

The pastor said the information was turned over to the police, but they did not enter the home and detain the residents until the forensic evidence established that Ochoa-Lopez was the mother. They later discovered her body.

"There's going to be anger associated," Johnson told reporters. "When things of this nature occur, the first thing people do is look in retrospect, what could we have done to maybe prevent this? I know our detectives do the best they can."