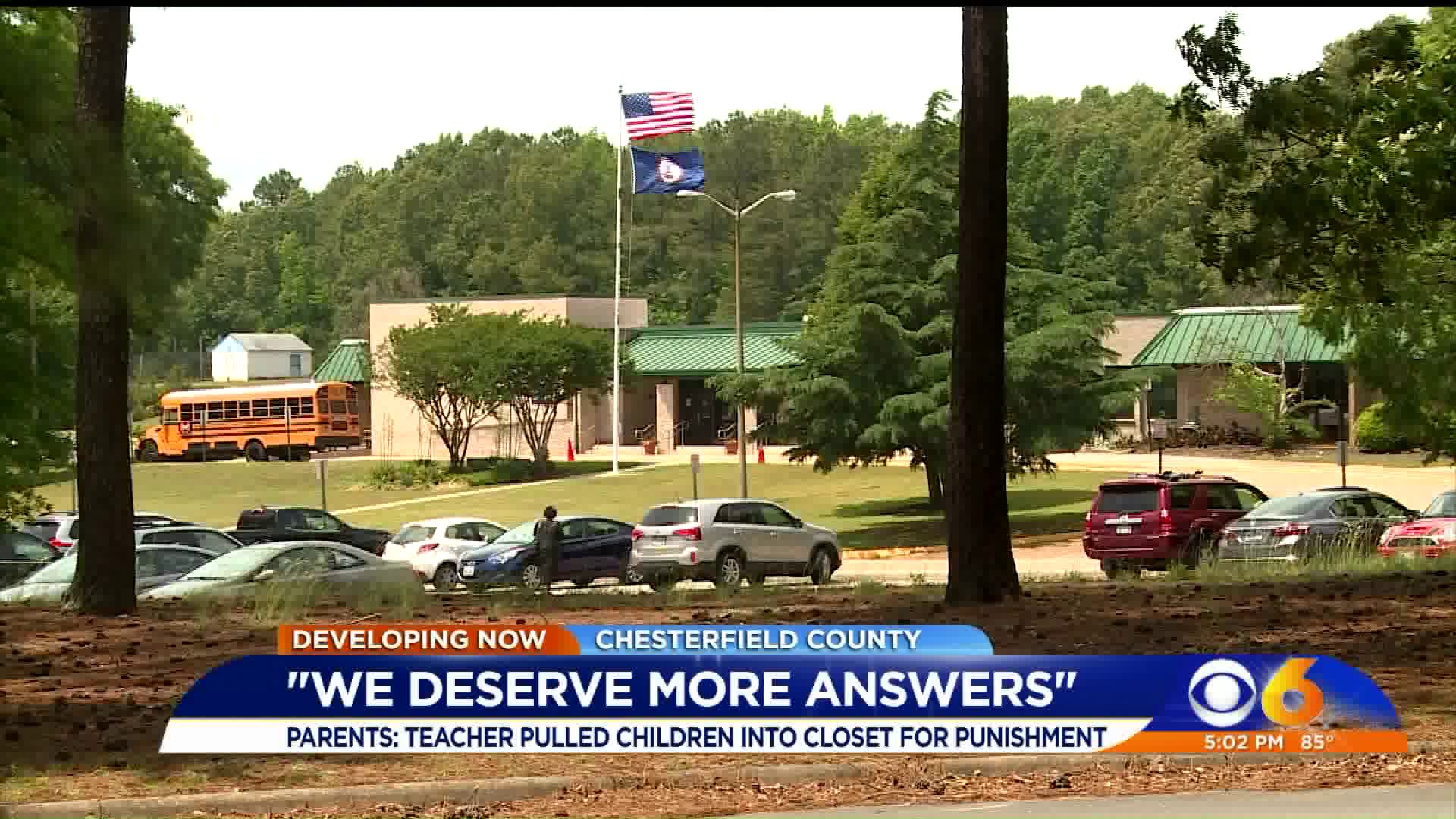 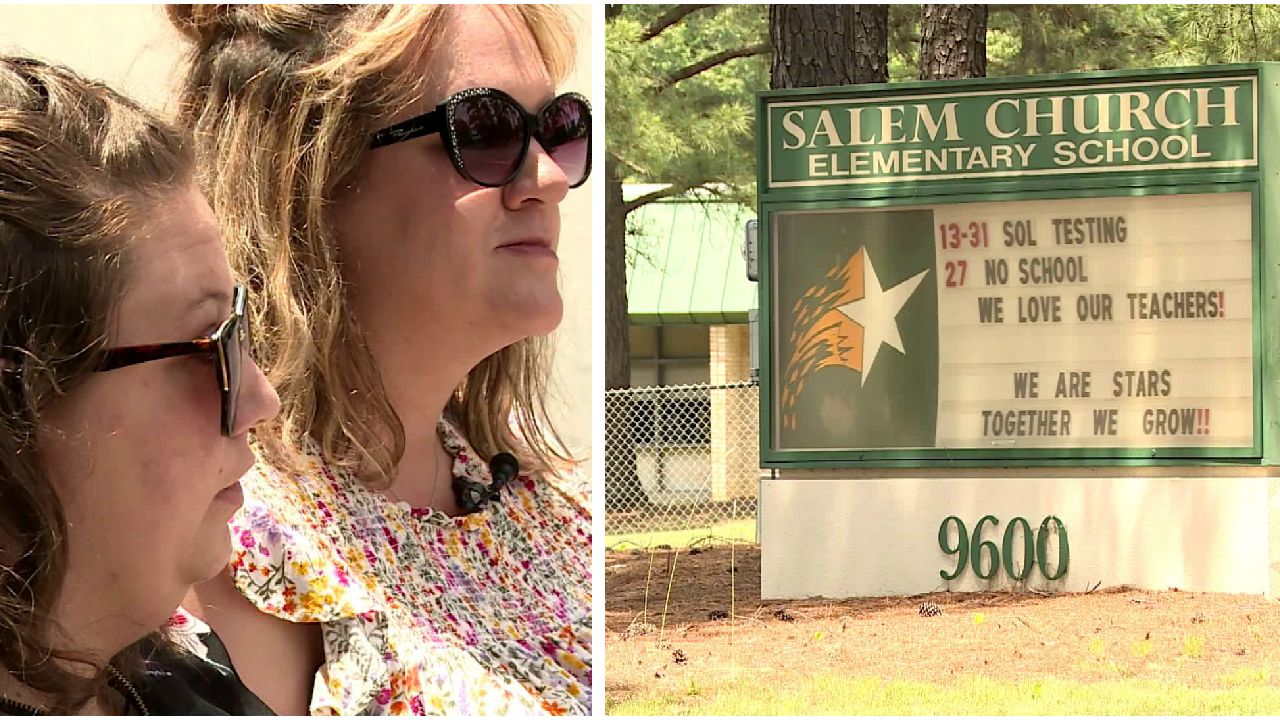 "She had called me and while I'm on the phone with her my son is saying the same exact story," Kaitlynn Gordon said.

That story involves four kindergarten boys and their teacher allegedly pulling them into a closet and shutting the door behind her.

"To be screamed at because they didn't act right during stations," Gordon said.

Chesterfield Police confirmed they are investigating a report that a known adult female may have assaulted several students at the school.

"Even thinking about it now, I cried, I had a panic attack dropping him off in this parking lot this morning," Gordon said.

The moms claim the school did not tell them about the incident, and instead they learned about it from their kids, yet when they went to the school this Thursday to ask about it, the principal told them she knew why they were there.

"We deserve more answers than what we've been given," Russomanno said.

Moments after our interview with the moms, the principal at Salem Church sent an email to them stating their son's teacher was not returning to the school and a substitute teacher would be there for the remainder of the school year.

"I feel like she shouldn't be allowed to teach anymore," Gordon said.

WTVR CBS 6 asked a spokesperson for Chesterfield Schools about the incident, and he referred us to the letter sent by the school’s principal to parents that said the teacher would not be returning.