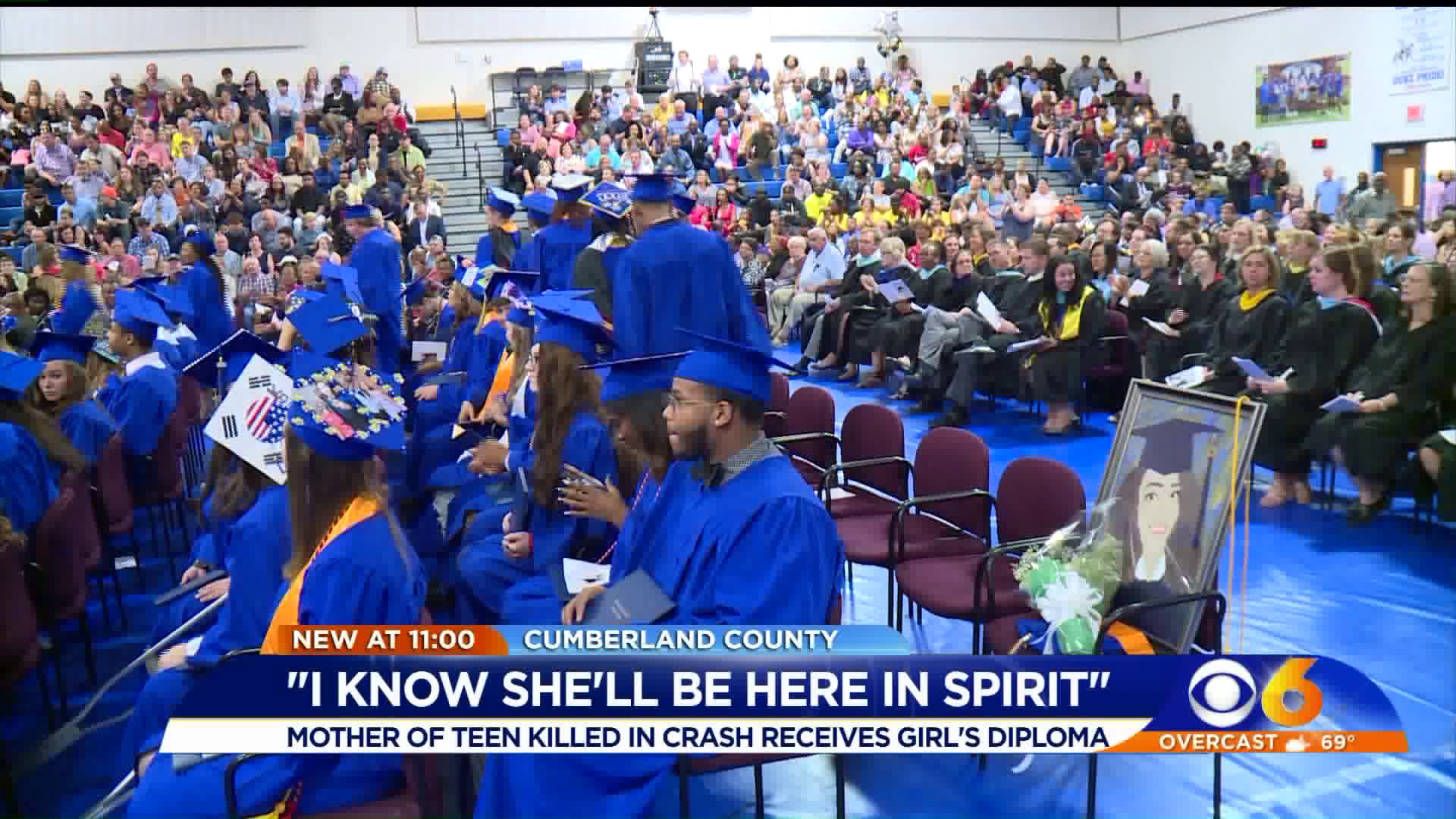 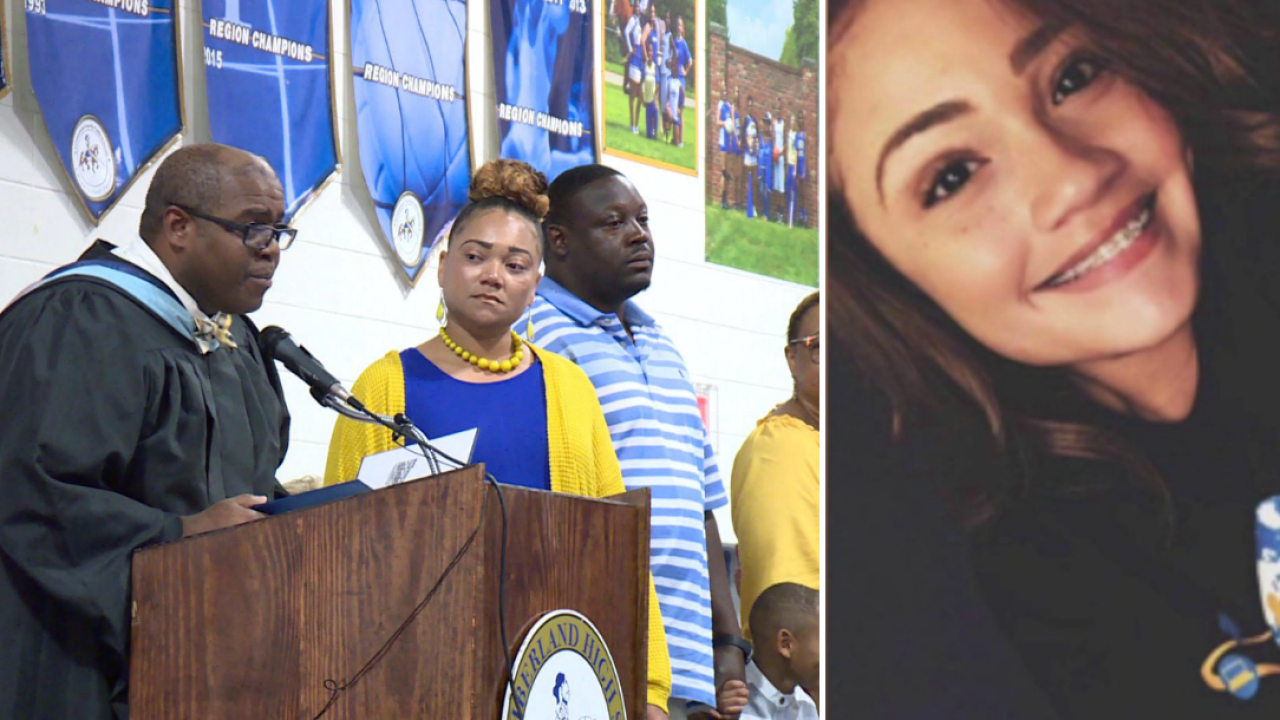 CUMBERLAND COUNTY, Va. -- Breanna Woodson described May 17 as an "emotional" day -- the day her daughter, Michaela, would have received her Cumberland High School diploma.

"She’s not here physically, but I know she’ll be here in spirit," Woodson said.

Michaela, 16 and her sister, Tyauna Woodson, 14, were killed April 26, 2017, when their car crashed into the Willis River off Bonbrook Road in Cumberland County on their way to school.

Woodson, a teacher at Cumberland High School, grew concerned when the girls didn’t show up to class.

Two years later, Woodson prepared to walk across the stage and receive her daughter's honorary diploma.

"Michaela would’ve been trying to make everything perfect, her hair, her dress, her makeup," Woodson laughed thinking about the "what-ifs."

Michaela was beautiful, smart, and a hard worker, according to her family.

Grandmother Ethel Woodson described the girls as fierce, strong and the best granddaughters in the world.

As the graduates filed the packed gymnasium, they passed a chair filled with Michaela's portrait, a bouquet of flowers, and a copy of her honorary diploma.

A painting and bouquet of flowers mark Michaela's seat at graduation.

Principal Eugene Williams, Jr. called the Woodson family up to the stage for the presentation explaining Michaela earned her diploma and was loved by the Cumberland community.

After the teens' tragic death, their mother worked hard to honor her daughters.

Before watching the children she taught and loved walk across the stage - except her own - the Woodson family gave back.

Woodson and her cousin, Jerrine Lee, presented two students $10,000 scholarships each who were entering a four-year college or entering a vocational school.

"She could’ve just wallered in her grief when she lost two children in one day," Ethel Woodson explained. "But, after the dust was settled a little bit she gave back in memory of the girls."

Woodson warned all parents to not take life with your children for granted.

"I wanted to make sure Michaela was apart of this day and was remembered," she stated. "Life is too short. Love your family, love your kids, don’t take anyone or anything for granted because in a second life can change."

Donations can be made at any Wells Fargo or C&F Banks to the Michaela & Tyauna Woodson Memorial Scholarship fund.