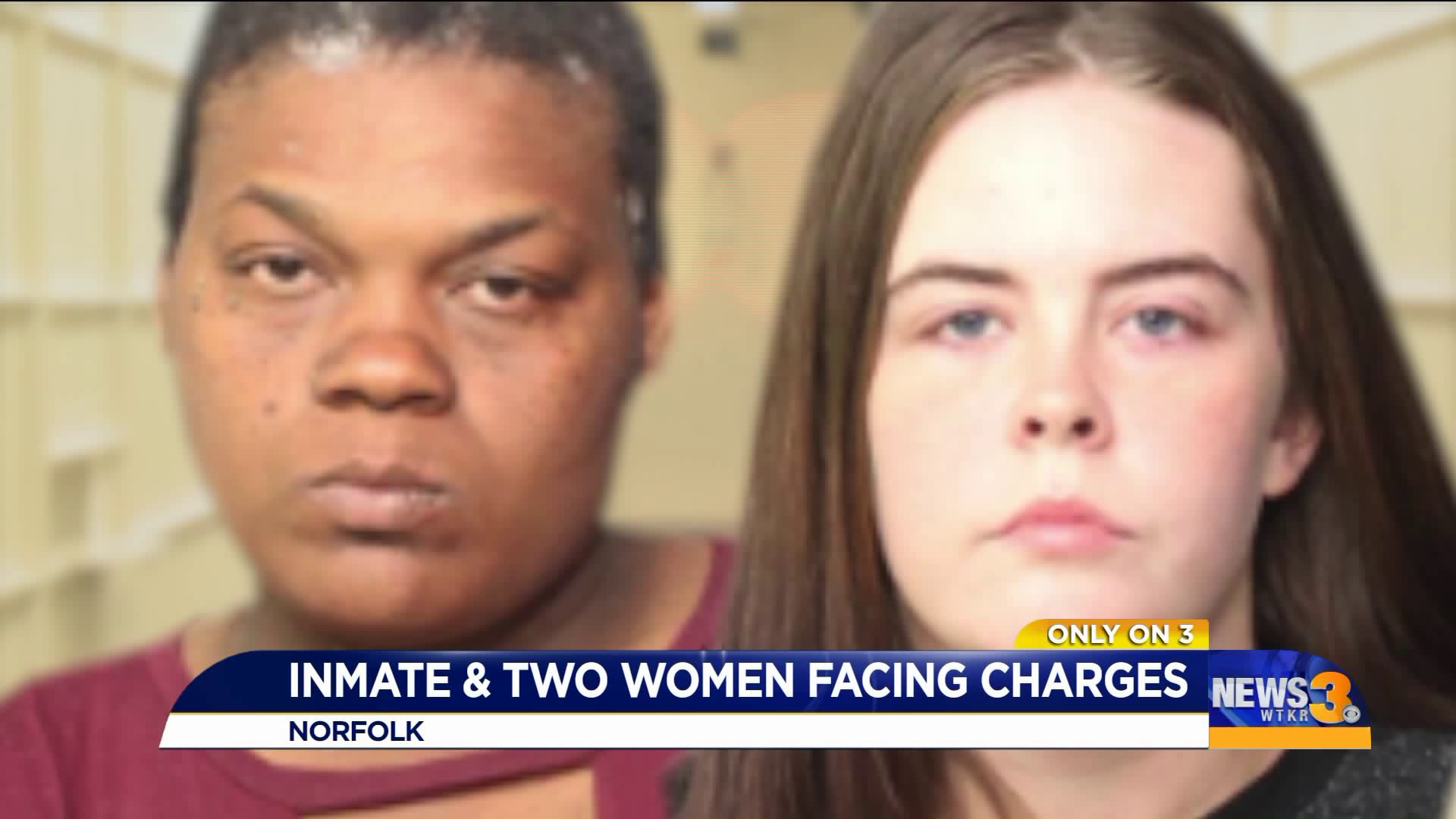 NORFOLK, Va. – Two Norfolk women accused of having sex with a dog while communicating with an inmate in jail.

Jermaine Gaye, 34, was arrested on January 31 for a hit and run accident, WTKR reports.  Gaye is accused of hitting a police car before driving off at a high rate of speed.

While being held in the Norfolk Jail, court documents state that Gaye spoke to three women over the phone encouraging them to threaten the witness in his case.

Court records state that Denise Kearney and Ashley Pinkett allegedly called the witness five times over the course of a few days and tried to convince her “to either change her story or not come to court.”

It states they also allegedly went to the witness' home.

Pinkett and Kearney are accused of having sex with Gaye’s dog while “he encouraged them over the phone from the Norfolk City Jail,” according to court records. The alleged sexual acts occurred March 18, March 27, March 29, April 2, April 3 and April 7.

Around this time, Gaye was moved from the Norfolk Jail to the Virginia Beach Jail due to his attempt to allegedly establish an improper relationship with a jail employee in Norfolk. On April 11 and April 12, during a video chat from the Virginia Beach Jail, Pinkett allegedly had sex with Gaye’s dog at home while Gaye encouraged her over video chat with what appeared to be a white towel draped over the back of his head.

Gaye is facing 34 charges including several counts of cruelty to animals. He is being held without bond.

Pinkett is facing 20 charges including bestiality, animal cruelty charges and tampering with a witness. She has court on June 13 and is currently being held without bond.

Kearney is facing seven charges and has court on Monday. She is also being held without bond.

Both women declined an interview from jail.