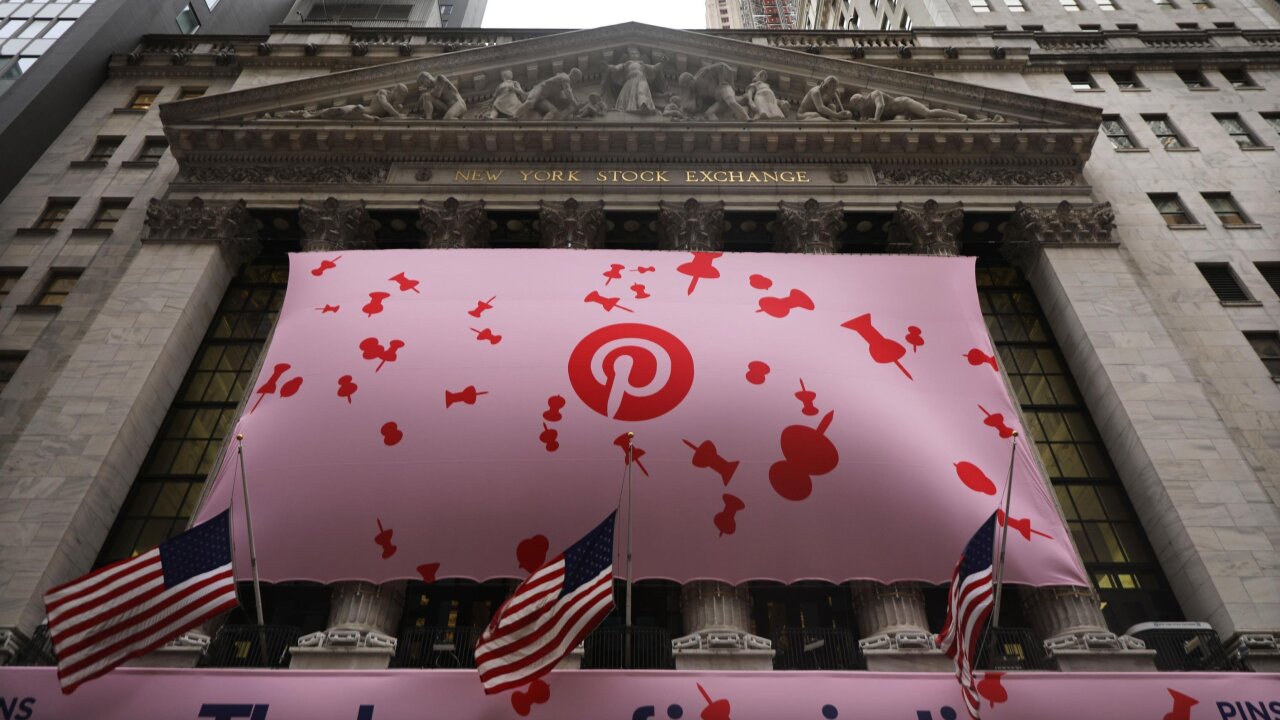 Pinterest’s honeymoon on Wall Street may be over.

Pinterest’s honeymoon on Wall Street may be over.

Pinterest said Thursday that it lost $41.4 million in the first three months of 2019, a 21% improvement from the same period a year ago, but a steeper loss than investors had expected.

Shares of Pinterest fell more than 15% in after-hours trading Thursday following its first earnings report as a public company.

Prior to the release, Pinterest had seen shares soar more than 50% above its IPO price since its Wall Street debut last month. The strong early performance set it apart from other recent tech unicorns that have gone public, including Uber and Lyft, which quickly fell below their IPO prices.

Pinterest, a social platform for bookmarking pictures from around the web, now has 291 million monthly active users globally, a 22% increase from the year prior, but still far less than peers like Facebook and Instagram, which measure their audiences in the billions.

“The IPO was a significant milestone, but our focus at Pinterest hasn’t changed. We want to help people discover inspiring ideas for every aspect of their lives, from fashion and home decor to travel and fitness,” Ben Silbermann, cofounder and CEO of Pinterest, said in a statement Thursday.

The company is also working to make more money from the people who use its site. Its average revenue per user in the US jumped 41% from the year prior to $2.25. Abroad, however, it has a long way to go. It generated just $0.08 in revenue per user internationally.

On a conference call with analysts Thursday, Pinterest executives noted that the company only recently began offering advertising options for some of its markets abroad. This year, Pinterest expanded its ad platform to Germany, Austria, Spain and Italy.

“This is an important year of investment for us as we think about diversifying our advertiser base,” Todd Morgenfeld, Pinterest’s CFO, said on the call.

Morgenfeld said Pinterest expects revenue from its international efforts to be more meaningful in 2020.

Overall, Pinterest posted revenue of $202 million in the quarter, a 54% increase from the same period a year ago, with nearly all of it coming from the US market.

For years, Pinterest has flown below the radar compared to its rivals. It has also long insisted it’s not a social media service, despite building an ad-based platform where users can follow friends, colleagues and brands, and view their daily posts in a feed.

And, like most social media companies that came before it, Pinterest may have a bumpy road ahead in proving itself to Wall Street investors in its first months as a public company.

https://s3.amazonaws.com/cnn-newsource-image-renditions-prod/TECH_PINTREST_EARNINGS/S109266204_thumbnail.JPG
Copyright 2020 Scripps Media, Inc. All rights reserved. This material may not be published, broadcast, rewritten, or redistributed.