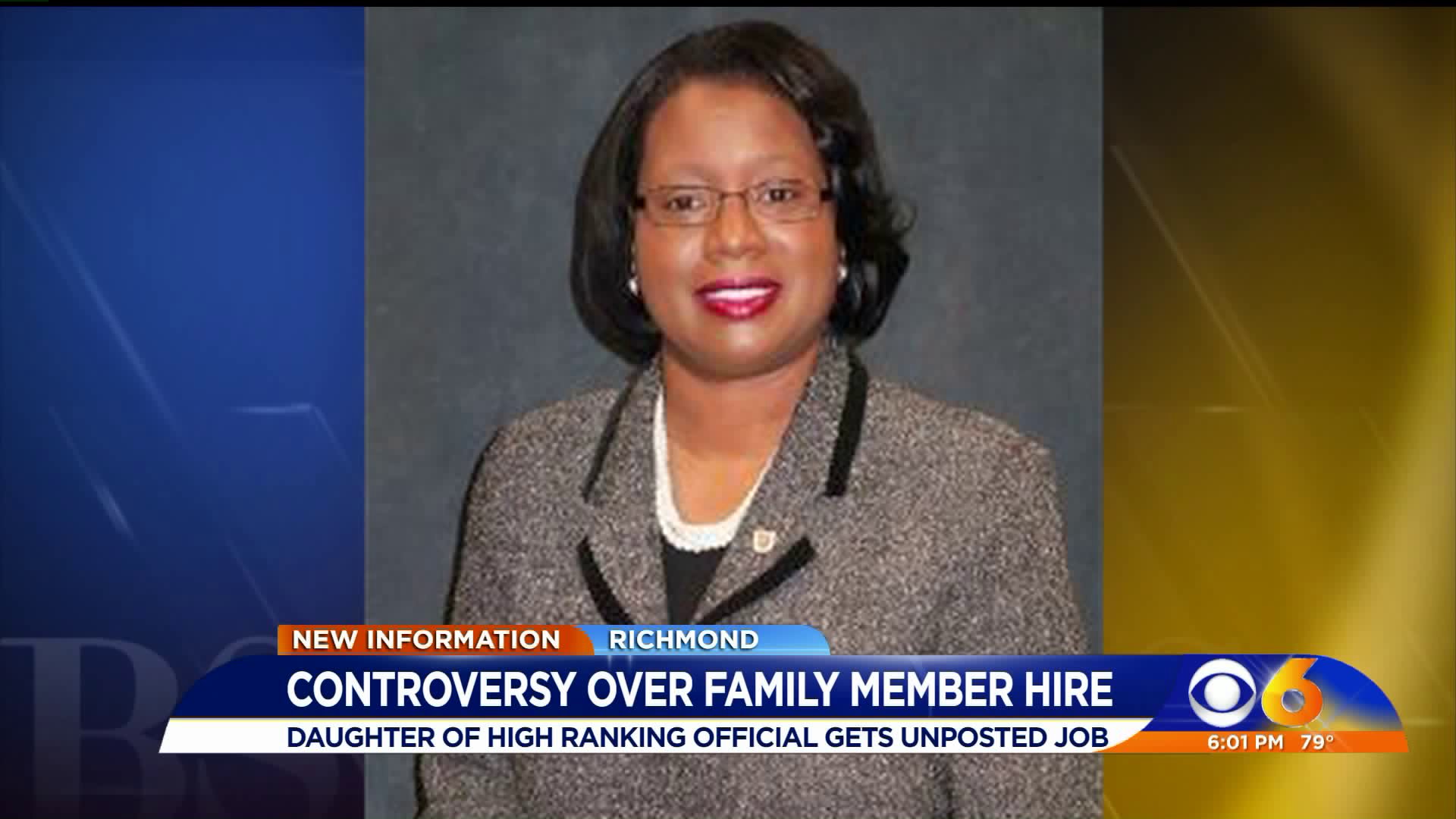 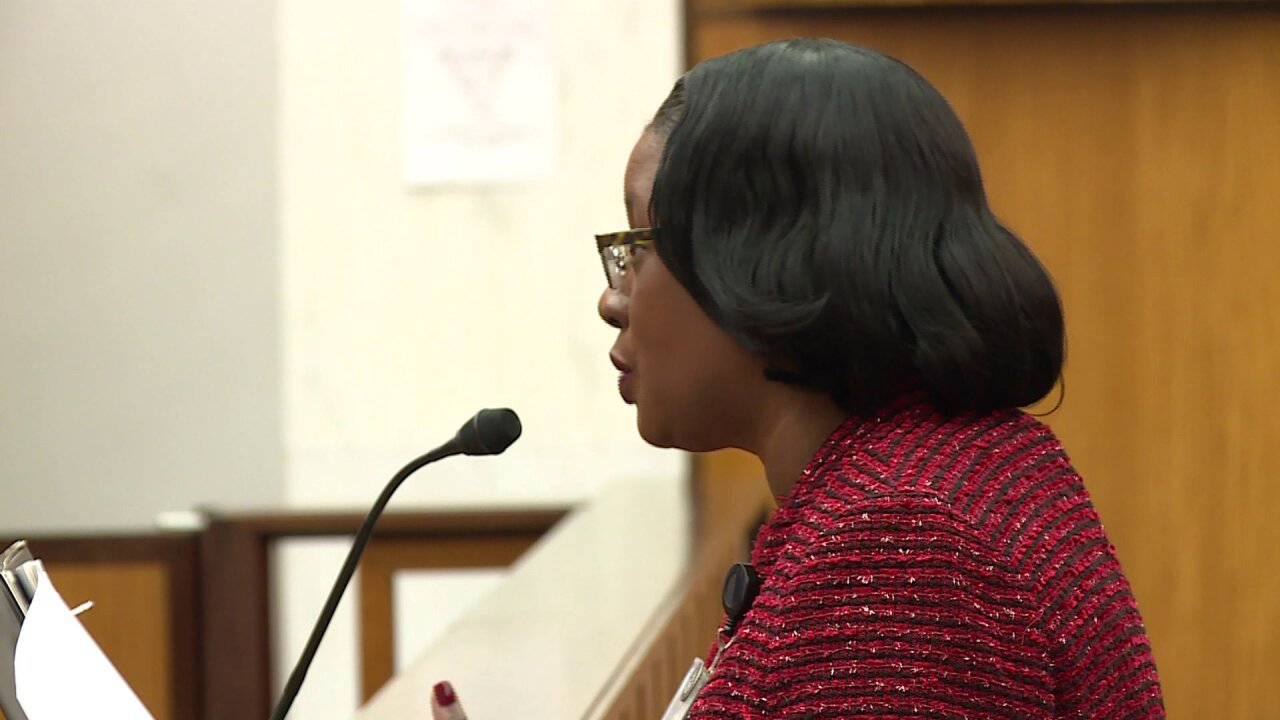 RICHMOND, Va. -- A Richmond city council member is questioning the decision by Richmond’s Department of Public Utilities (DPU) to hire the daughter of the city’s Chief Administrative Officer (CAO) for a position that was not publicly posted.

Alexis Glenn, the daughter of CAO Selena Cuffee-Glenn, was given an offer letter in February for a provisional Administrative Program Support Assistant position with DPU.

The position would last for 90-days.

The city administration tells CBS 6 that Cuffee-Glenn did not play a role in Glenn’s hiring and that all city employment regulations for a provisional position were followed. It added that provisional, or temporary, employees do not have the same hiring requirements as a full-time position, such as a formal selection or interview process.

The city administration said that Glenn was inquiring with one city department about possible employment, was referred to an opening at DPU, and was hired based on her qualifications and in compliance with city hiring protocols.

City officials told the Richmond Times-Dispatch (RTD) that Glenn’s hiring did not constitute violate the city’s nepotism policy because of the distance between Glenn and Cuffee-Glen in the city’s organizational chart.

“Because perception of nepotism, even if it doesn’t violate the actual nepotism policy, it erodes at the public’s trust in what we do in City Hall and it’s an issue for us,” added Gray. “For someone in a position as high-ranking as our CAO, anywhere within the organization hiring a close relative makes it very problematic for people who work with that individual.”

Gray also took issue with how much Glenn was being paid.

The city administration said, in general, that temporary workers, like Glenn, are paid a higher rate because they do not get full benefits like a full-time, salaried employees. It said that an employees skills and qualifications also factor into how much a person is paid. It added that the RTD did not list how many of the 127 employees Glenn out-earned were full-time employees.

Gray said that is not how it is typically done.

“In many cases, those temporary positions have a set pay and all entering in get that pay. Once they’re offered a position that is permanent, that’s a negotiation that takes place with respect to experience, education, and the like,” added Gray. “It doesn’t look good from all appearances to say that someone with little experience to no experience came in making a lot more than very long-standing employees.”

Gray said she will look into hiring more and if she finds anything amiss with it, she will refer it to the city’s incoming Inspector General, who is expected to start next month, for investigation.

The city administration said the Richmond Mayor Levar Stoney was unaware of Glenn’s hiring until after the process was complete. It added he expects an open and competitive recruitment process should DPU decide to fill the position permanently.