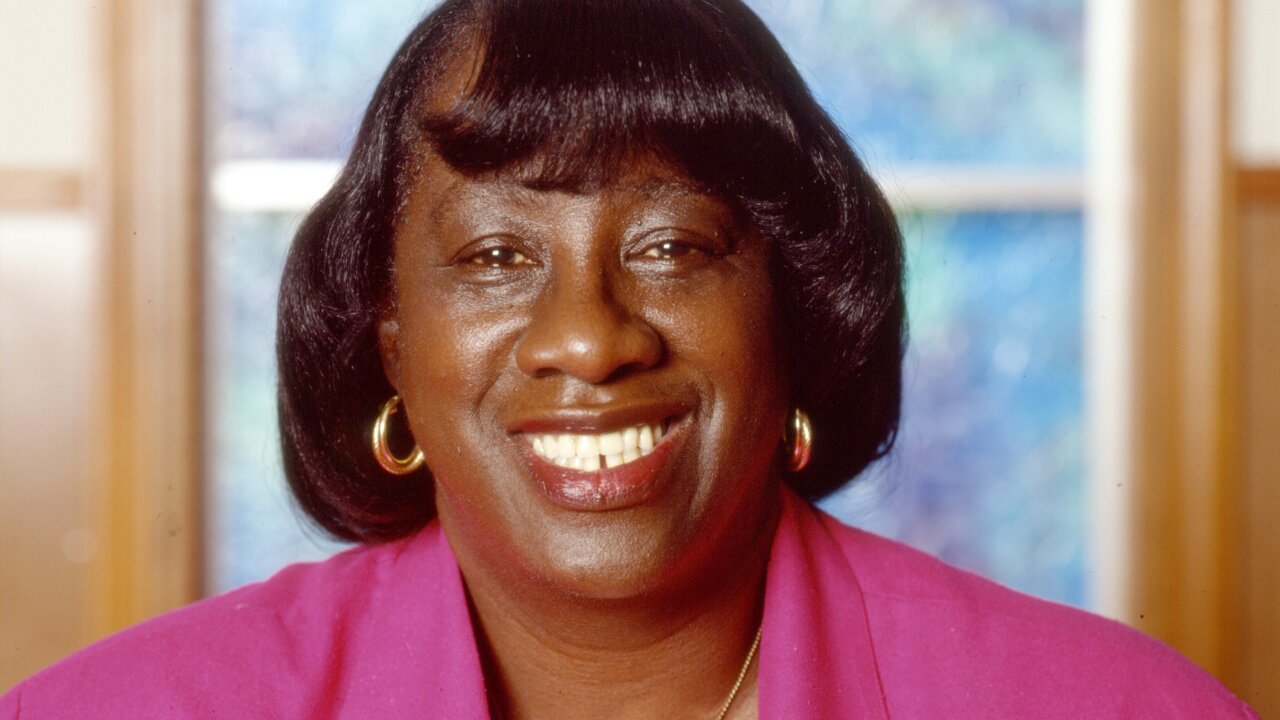 Unita Blackwell may have been born into humble beginnings on March 18, 1933, but her activism and courage helped change the course of history for African-Americans.

Her son, Jeremiah Blackwell Jr., told CNN his mother died from a buildup of fluid in her heart and lungs, after a lengthy battle with dementia and Alzheimer’s disease.

Blackwell was the first black female mayor in Mississippi, elected as mayor of Mayersville 12 years after the passage of the Civil Rights Act of 1964.

Taking a bus from Mississippi to Atlantic City, New Jersey, she was part of the group that pressured the 1964 Democratic National Convention not to accept the all-white delegation from her state.

And throughout her civil right activism, Blackwell went to jail repeatedly for the cause.

Humble beginnings as the daughter of sharecroppers

Much of Blackwell’s history is preserved through oral history interviews she gave to the University of Southern Mississippi’s Center for Oral History and Cultural Heritage.

In those interviews, she said her parents were sharecroppers in the small Mississippi Delta town, Lula, where she was born.

Blackwell’s mother was illiterate; she was determined that her children would be educated. Because she wasn’t allowed to go to school in Mississippi, she went to live with a relative, “Aunt Big Eighty,” in West Helena, Arkansas.

When Blackwell wasn’t in school or church, she says was in the fields helping pick and chop cotton — she could pick about 300 pounds a day. After her schooling finished, that’s where she spent most of her time.

That all changed in the spring of 1964. The Freedom Riders had come to Mayersville, where Blackwell was living.

Freedom Riders changed the course of her history

Freedom Riders were groups of people that took buses throughout the Deep South, challenging Jim Crow laws and segregation. “They were talking about doing something for people,” Blackwell said of young activists. “And [I] always felt that from the inside, I wanted to do something.”

Before they came to town in 1964, Blackwell didn’t even know she had the right to vote.

When the Riders tried to hold a civil rights meeting in the local church, a board of supervisors member told them if they did the church would be burned down. They held the meeting anyway.

Soon after, Blackwell and seven others were in the Issaquena County courthouse telling the circuit clerk — who went on later to serve on Blackwell’s board — they were going to be registering to vote.

The group failed the registration exam. Voter registration laws empowered voting registrars to fail anyone they chose to fail, according to SNCC digital records. “You didn’t pass those tests,” remembered Blackwell.

As for her vow “do something,” Blackwell continued to push for equal rights. In 1965, she and others sued Issaquena schools, resulting in desegregation a few years later.

Just 12 years after she stepped into that courthouse to register to vote, the people of Mayersville elected her mayor. She served multiple terms over more than 20 years, according to the Clarion Ledger.