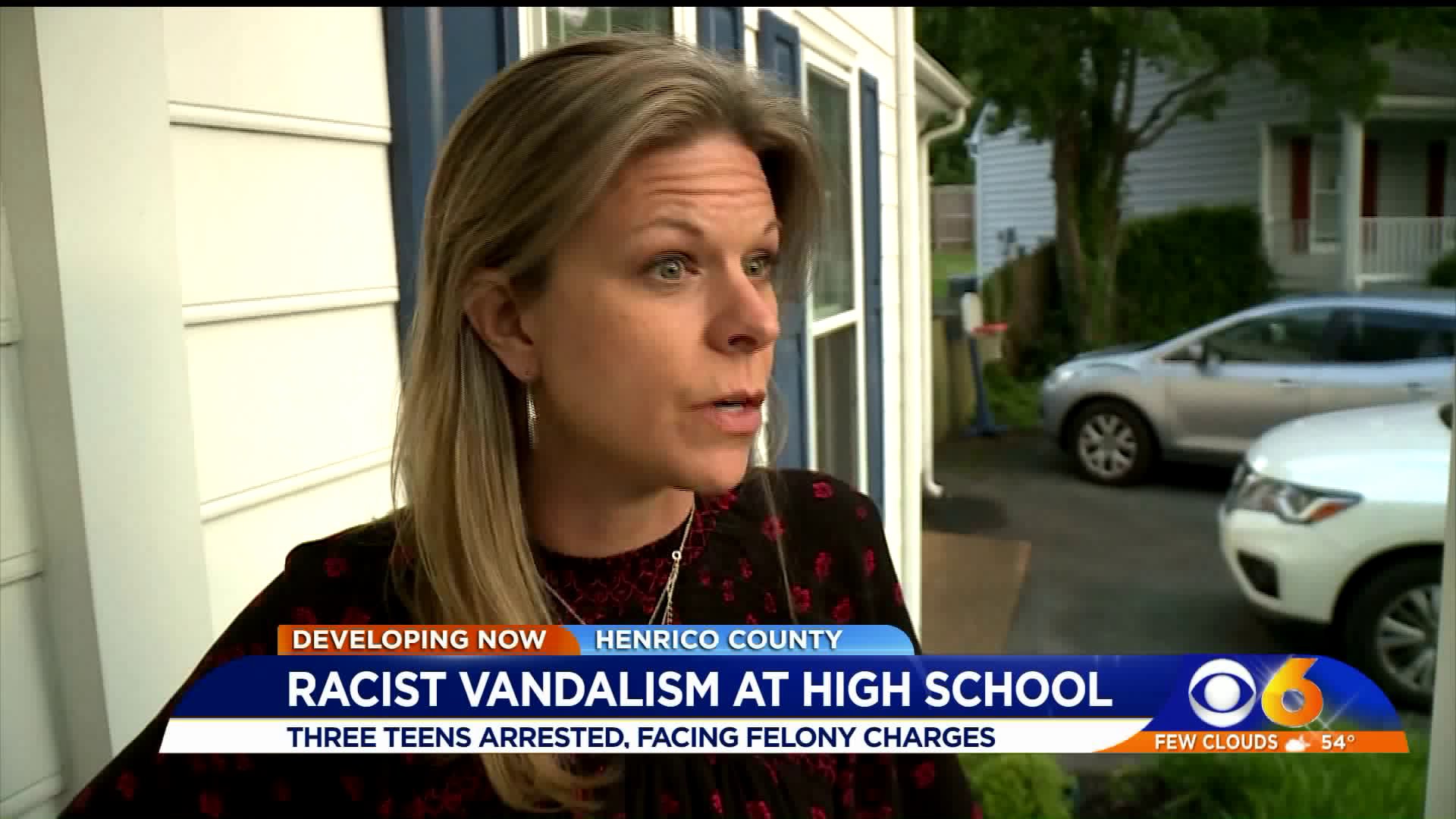 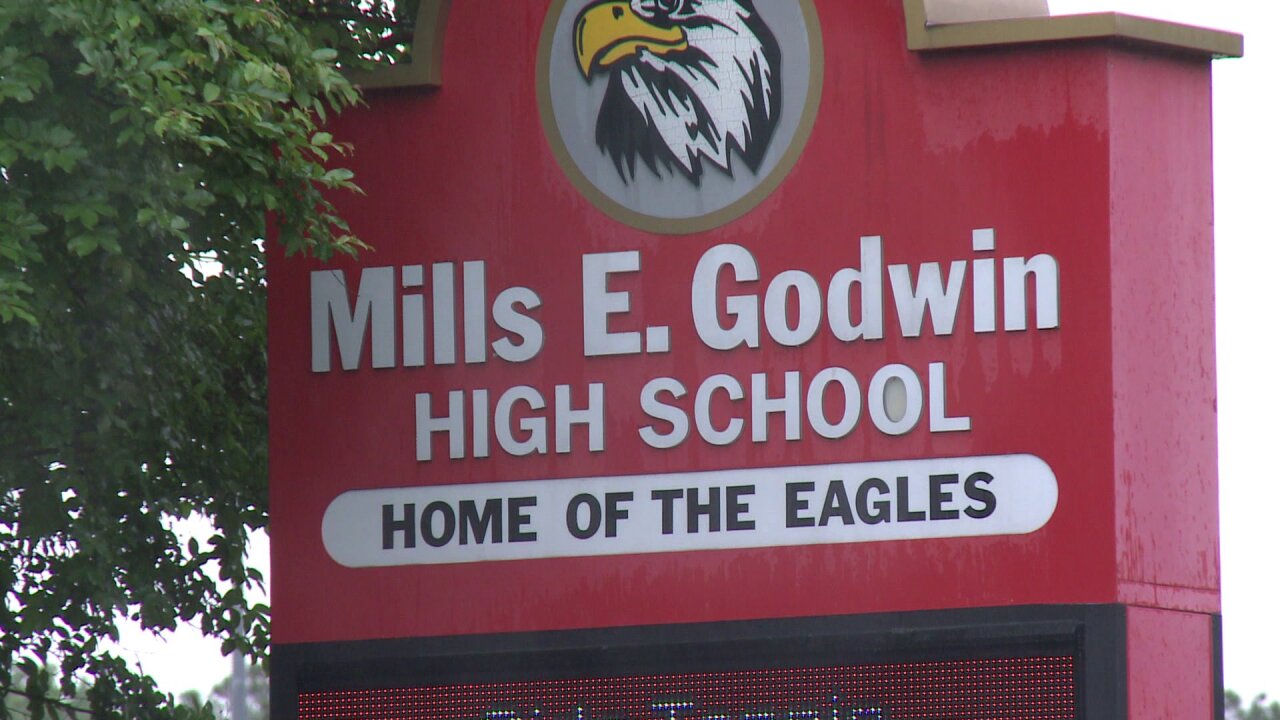 HENRICO COUNTY, Va. -- Three teenagers have been identified as the people responsible for vandalizing Godwin High School, and a neighborhood near Douglas S. Freeman High School with racist, anti-Semitic, and threatening graffiti.

The names of the students accused of vandalism have not been released.

The hateful messages were spray-painted on the western Henrico high school Sunday morning, and at residences in the Freeman High School area on Thursday.

Charges have been filed with the Juvenile Justice System for the following violations for two suspects in relation to the Godwin High School vandalism:

A suspect thought to be responsible for vandalism in the Regency Mall area has been charged with felony vandalism.

Police say there is no credible threat to the school or students regarding the vandalism that occurred on May 12th.

"The images are hateful, disgusting and have zero place in society," Henrico Schools spokesperson Andy Jenks said following the vandalism's discovery. "We condemn these acts in the strongest terms."

Parent Sarah Parker says that she hopes the arrest will prevent any further incidents.

"My son will be going to school tomorrow, I trust that they're taking care of it. There's a significant police presence at the school," Parker said. "I think now that they`ve gotten arrested, people are going to think more and not do something like it again."

Officials stressed whoever was responsible would be prosecuted to the "fullest possible extent."