Son donates part of his liver to his mom, jokes he’s off the hook for Mother’s Day gifts 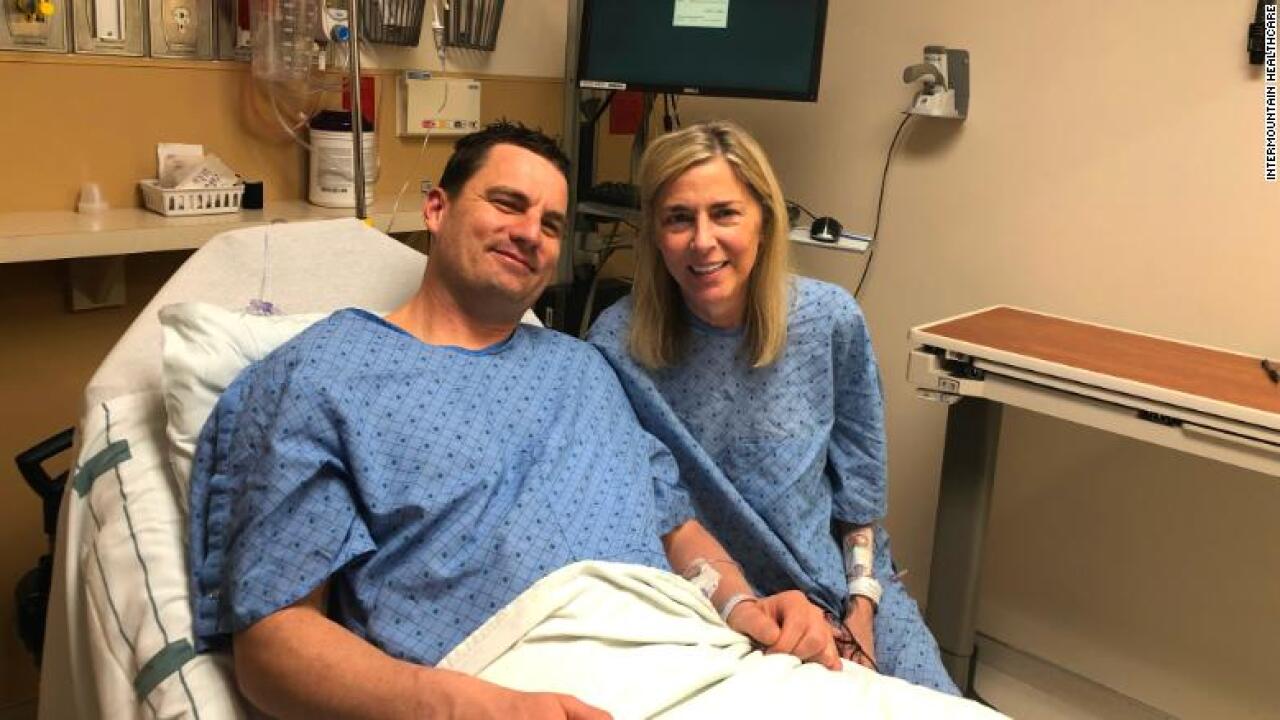 Brandon Finlayson donated part of his liver to his mom, Gwen, in February.

MURRAY, Utah – A Utah woman is hepatitis free after getting a piece of her son's liver in a lifesaving transplant.

"I feel like we are gaining ground every day. Starting to hope and dream and thinking about the future," Gwen Finlayson told CNN affiliate KTVX.

The 63-year-old mother of four was diagnosed in 1991 with autoimmune hepatitis, which is caused by the body's immune system turning against the liver cells. Doctors warned that she would need a liver transplant in a few years, but she was able to stretch that to more than two decades.

"I would go to the hospital and stay. I wasn't getting over things," she said. "There were a lot of indications that this was going south in a hurry."

Finlayson went on the national transplant list last year, but the odds of her getting an organ looked pretty slim.

Her son, Brandon, was a match and volunteered to be a donor. But she didn't want to put him at risk since he has five kids of his own.

Brandon Finlayson donated part of his liver to his mom, Gwen, in February.

"She pretty much shut us down and said, 'No, it's not a possibility. I don't even want to talk about it,' " Brandon, 37, said. "It took days to get her to finally even think about the idea. A lot of convincing."

The surgery in February was the first time Utah doctors transplanted the left lobe of a living donor's liver. They used scans of Brandon's liver to make a 3-D printed model, so they could plan and practice the delicate procedure.

"Normally we take the right lobe and take about 60 percent of the healthy liver from the donor to give to the recipient," said Dr. Manuel Rodriguez-Davalos in a statement. "That said, with the use of current 3-D imaging and 3-D printing technology we can perform precision liver surgery and obtain a left lobe graft which gives safer and faster recovery for the donor with equal or improved outcomes for Mom."

Doctors at Intermountain Medical Center, in Murray, Utah, said that Gwen and Brandon's livers can regenerate and should grow to about 90 percent of normal size within months.

Both are recovering well after the surgery.

"I look toward the future with hope instead of, 'How sick am I going to be then,' " she said. "I look forward with joy and optimism and try to figure out what are we going to do next."

Gwen said she's walking five miles a day and has more energy than she's had in years.

"I'm not sure I have the words to describe how I feel about my son. I am grateful that he is the kind of man who would do something like that," she said. "That he would risk his life for another human being -- didn't have to be his mother -- it would have been anybody. To me, that is the definition of a hero."

Brandon joked a that he was probably off the hook for Mother's Day gifts for at least a few years.