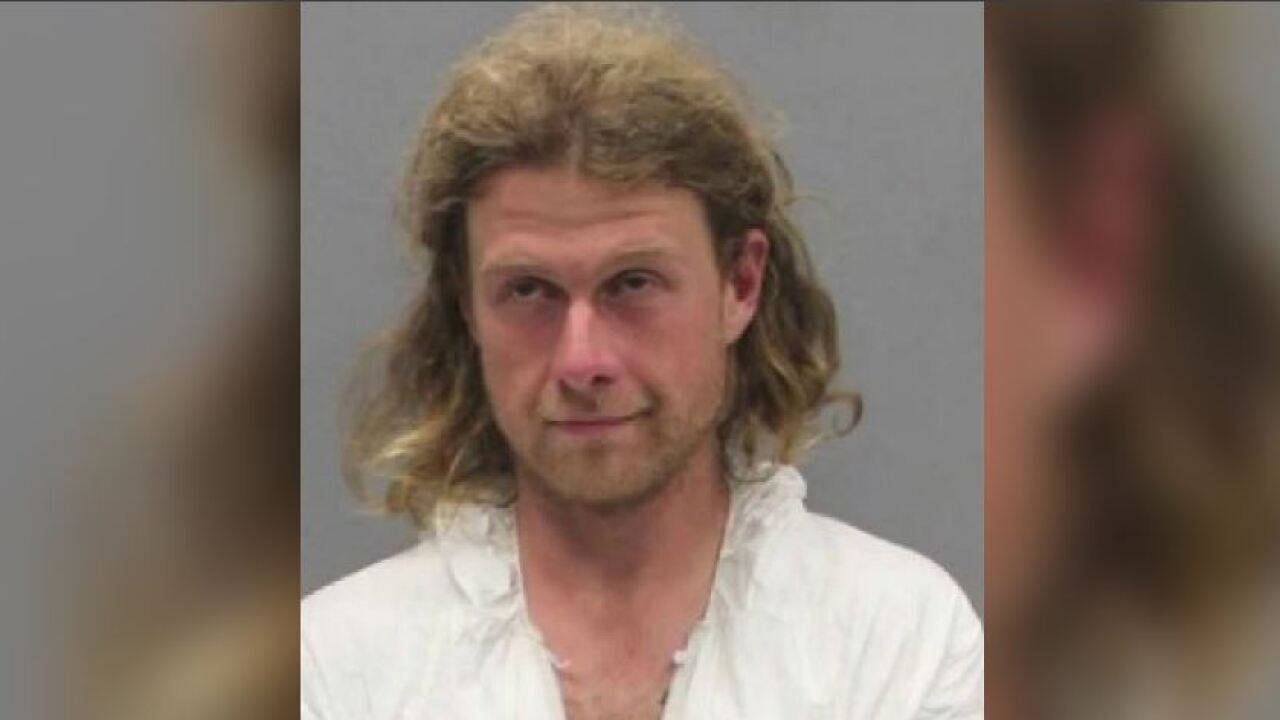 ABINGDON, Va. — A man who allegedly threatened hikers on the Appalachian Trail in Tennessee last month has been charged with killing a hiker and wounding another during knife attacks last weekend on a remote stretch of the trail in southwestern Virginia.

James Jordan, 30, of West Yarmouth, Massachusetts, was arrested Saturday morning and charged with one count of murder and one count of assault with the intent to murder, the office said. Charges were formally filed in US District Court in Abingdon.

He made his first appearance in court on Monday, according to the US Attorney’s Office for the Western District of Virginia. No plea was entered and another court hearing has not been scheduled.

Nancy Dickenson, his lawyer from the federal public defender’s office in Abingdon, had no comment when contacted by CNN on Monday.

A night of terror starts in Smyth County on Friday

The evening of terror was described in an affidavit written by FBI special agent Micah Childers that was attached to a criminal complaint filed in the court.

Earlier reports said the weapon was a machete, but the affidavit says it was a knife.

The ordeal started Friday night when Jordan “approached four hikers” in Smyth County, on the section of the trail in the George Washington and Jefferson National Forest. The hikers are not named in the affidavit.

They knew Jordan “as a suspicious person through social media as a result of an incident” last month in Unicol County, Tennessee, when Jordan allegedly threatened hikers on the trail. But he was not convicted of any weapons charge in Tennessee and was given probation on other charges, CNN affiliate WSET reported.

On Friday, when Jordan approached the hikers in Virginia, “he was acting disturbed and unstable, and was playing the guitar and singing,” the affidavit said.

Jordan threatened to ‘burn them to death,’ affidavit says

Later in the evening, the four set up camp in the Wythe County part of the trail.

The four hikers, afraid of Jordan, scrambled to pack and leave camp, but as they did, Jordan approached them with a knife, the affidavit said.

Two of the hikers, man and a woman described as Hiker #1 and Hiker #2, “ran and Jordan gave chase,” the affidavit said. They eluded him.

Jordan returned to the campsite and approached the two others, described as Victim #1 and Victim #2, and began arguing with Victim #1, the affidavit said.

Victim #2 watched as Jordan stabbed Victim #1 “in the upper part of the body” and “fall to the ground,” the affidavit said. Victim #2 then took off.

But she “began to tire at which point Jordan caught up with her. She turned to face Jordan and raised her arms as if to surrender when Jordan began stabbing her,” the affidavit said.

“Victim #2 fell to the ground and played dead, at which point Jordan left to find his dog. Victim #2 then ran down the trail towards Smyth County,” the affidavit said.

A male and female hiker met Victim #2 and helped her trek six miles to Smyth County, where she called Smyth County 911 at 3:12 a.m. Saturday to report the attack, the affidavit said.

A Smyth County sheriff’s office investigator interviewed Victim #2, after she had been transported to the Bristol, Tennessee, Medical Center. She identified Jordan as the attacker. Authorities have not released details on her condition but said she will probably will survive.

Authorities found Victim #1, who was pronounced dead at the site of the attack in Wythe County, and spotted a knife near him, the affidavit said.

They located Jordan and took him into custody. He had blood stains on his clothes, the affidavit said.

Around 2:30 a.m. Saturday, the 911 center in Wythe County had received a call from two people, presumed to be Hikers #1 and #2, “who said they had been chased by a man with a machete,” the affidavit said. The FBI affidavit describes the weapon as a knife.

When interviewed by investigators, Hiker #1 and Hiker #2 identified Jordan as the man “who had approached and chased them with a knife and had a picture on a cellular phone of Jordan from the Tennessee incident,” the affidavit said.

CNN affiliate WSET reported that Jordan was arrested in April in Unicol County, Tennessee, after threatening other hikers with a knife.

He was charged with criminal impersonation, possession of drugs and possession of drug paraphernalia, the Unicoi County Sheriff’s Department said. He was given probation and ordered to pay fines following his hearing.

Jordan is also known by his trail name of “Sovereign,” WSET reported.

Megan Newsome, 22, the fiancee of Jordan’s brother Dustin Wildes, said she and Wildes had not been in touch with Jordan since their mother died in March. At the time, she said, he had been living in Fort Lauderdale, Florida.

Newsome said she and Wildes were unaware of the incident in April.

“The phone company notified us and that’s when we went up there and found the suspect and the victim,” the sheriff said. “We had our whole (tactical) team out there, so (the suspect) wisely just surrendered himself.”

Rescue in a remote region
US Attorney Thomas Cullen applauded local law enforcement agencies in Wythe and Smyth counties “for mobilizing successful rescue and tactical operations in this remote region” and taking Jordan into custody.

“Thanks to their efforts, the suspect was safely apprehended and a seriously wounded victim received critical medical care,” Cullen said in the news release. “We will continue to work with our state and local partners to bring the perpetrator of this senseless and brutal attack to justice.”

The investigation is ongoing, the statement said.

A popular and storied park

Part of the National Park Service, the trail, which extends 2,190 miles over 14 states between Springer Mountain, Georgia, and Katahdin, Maine, “is the longest hiking-only footpath in the world,” according to the conservancy.

It attracts more than 3 million people a year and more than 3,000 people try to hike the path in a single year, the conservancy said.

The case is federal and not state because the hikers were in the George Washington and Jefferson National Forest in both Wythe and Smythe County. The forest is property of the US Forest Service and “is within the territorial jurisdiction of the United States.”

Crime on the trail

The conservancy, which says the trail is “safer than most places,” but is “not immune from crime” lists safety and crime prevention tips on its website.

“Be aware that cell phones and earbuds may distract you and prevent you from seeing or hearing cues that could help avoid danger.”

“You are safest with a group; neither a single partner nor a dog is guarantee of safety. If you are by yourself, there is no need to broadcast that you are hiking alone or give information about your plans.”

“Be wary of strangers” and “avoid or get away quickly from people who act suspiciously, seem hostile, or are intoxicated.”

“Don’t bring jewelry. Hide your money. If you must leave your pack, hide it, or leave it with someone trustworthy. Don’t leave valuables or equipment (especially in sight) in vehicles parked at Trailheads, and don’t camp near roads.”

“Hikers needing to get into town should make arrangements beforehand and budget for shuttles or a taxi. If you must hitchike, be sure to have a partner. Make a careful evaluation before entering a vehicle. Size up the drive, occupants, and condition of the vehicle. If anything just ‘doesn’t add up,’ decline the offer.”