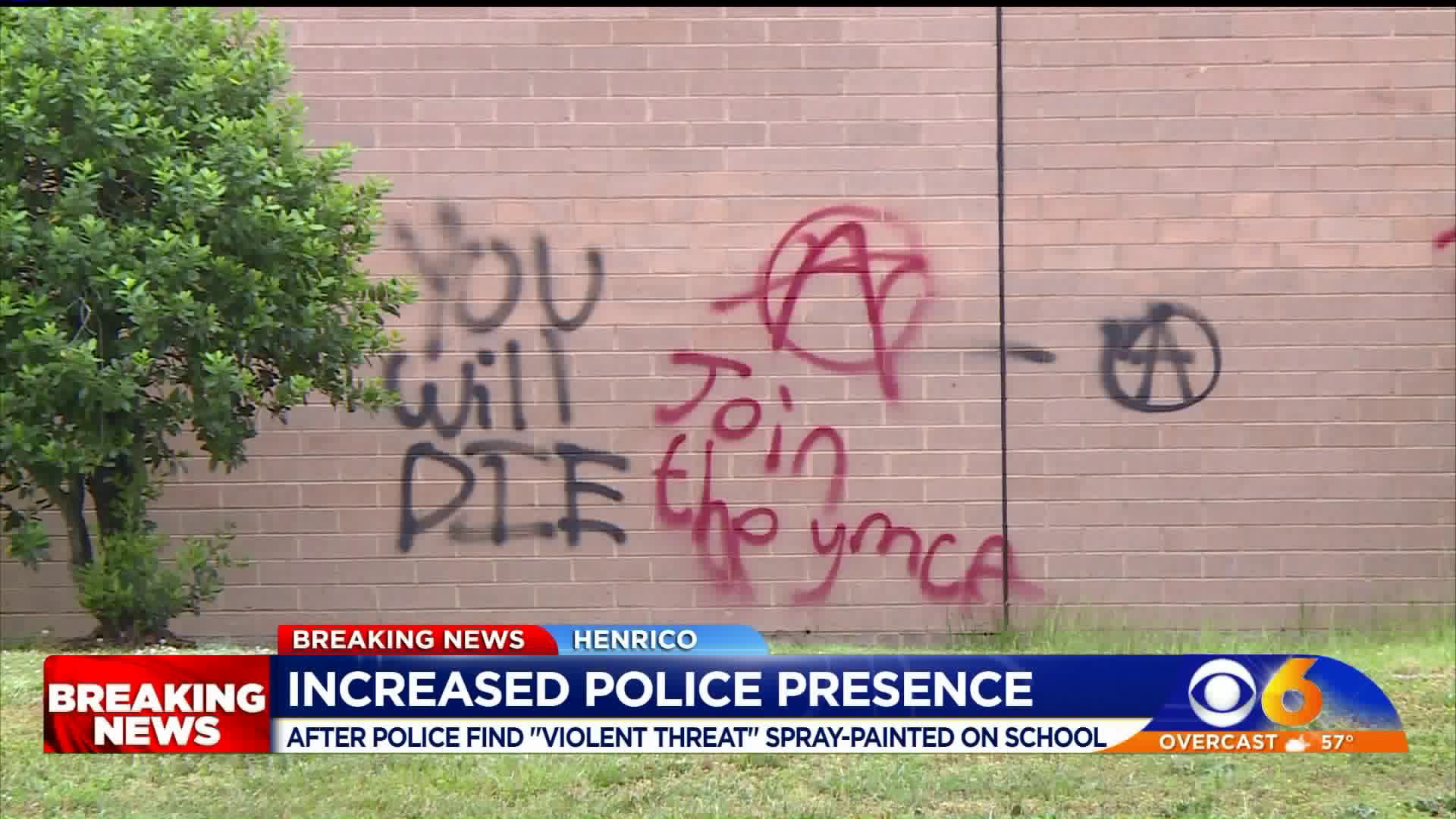 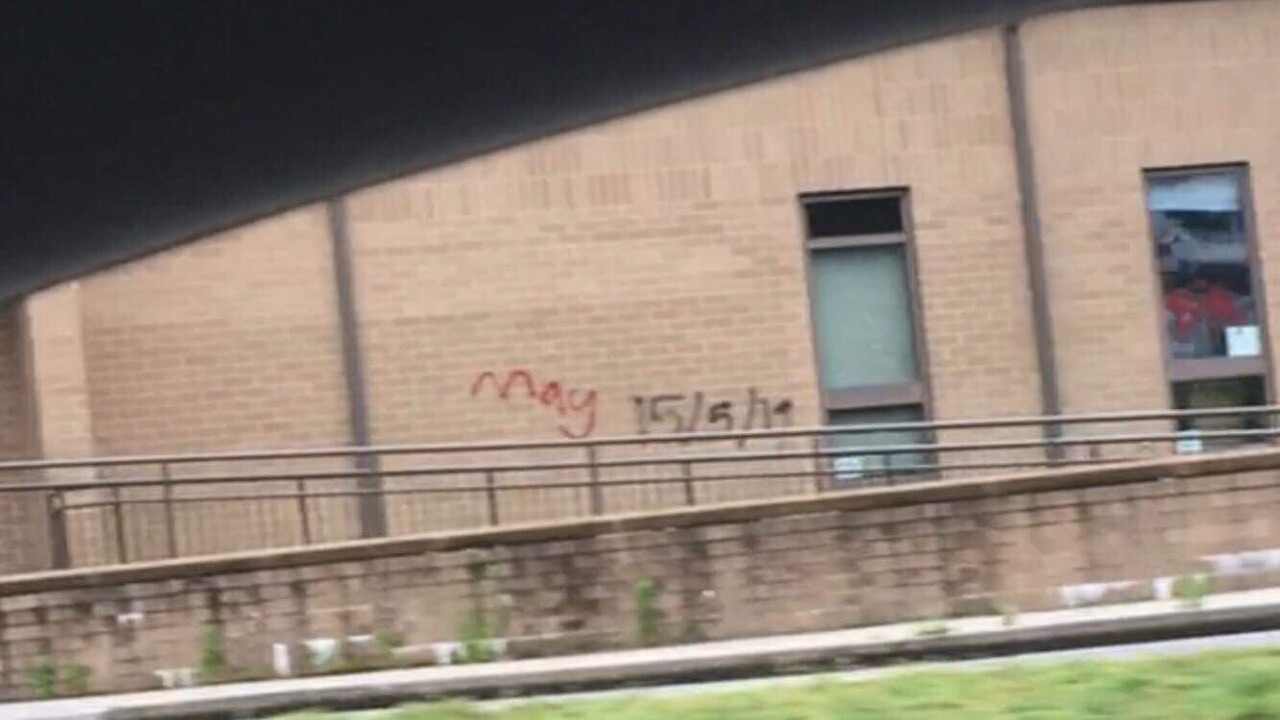 HENRICO COUNTY, Va. -- There will be additional officers at Mills E. Godwin High this week after "concerning" vandalism and an "apparent threat" was discovered at the school Sunday morning.

School officials said a "significant amount" of vandalism, including graffiti that "depicted a violent threat" with the date May 15, was spotted at the West End school.

Officials said the vandalism at the school was similar to the White Power and swastika graffiti discovered in West End neighborhoods near Douglas S. Freeman High School Friday, but officials are not yet certain the crimes are connected.

"The images are hateful, disgusting and have zero place in society. We condemn these acts in the strongest terms," Henrico County Public Schools Communications Director Andy Jenks said.

Officials stressed whoever is responsible will be prosecuted to the "fullest possible extent."

"We are in constant touch with Henrico Police to investigate this apparent threat and to take steps that will ensure the safety of our school tomorrow and throughout the week," Jenks said.

As a result, Henrico Police will step up patrols and parents may see increased law enforcement around their child's school, according to Jenks.

"I just passed in front of Godwin High School at Pump Road and I saw some guys covering some graffiti on the walls," one man wrote to WTVR CBS 6. "The thing was very disturbing."

Jenks said custodial and maintenance staff were called in to remove the graffiti.

School officials were also reviewing surveillance footage Sunday as well as meeting with the CEO of the Jewish Community Federation of Richmond to share information. 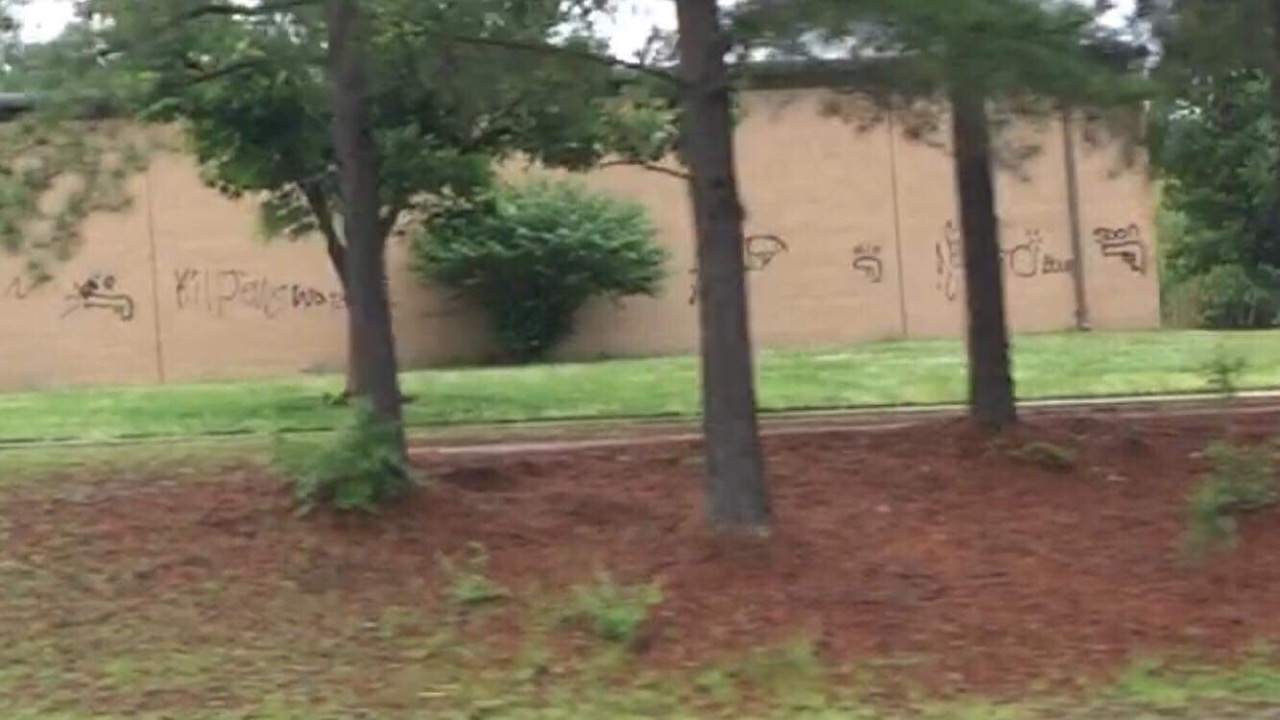