From Latvian orphanage to Division I college soccer: The remarkable journey of Yulia Hayes 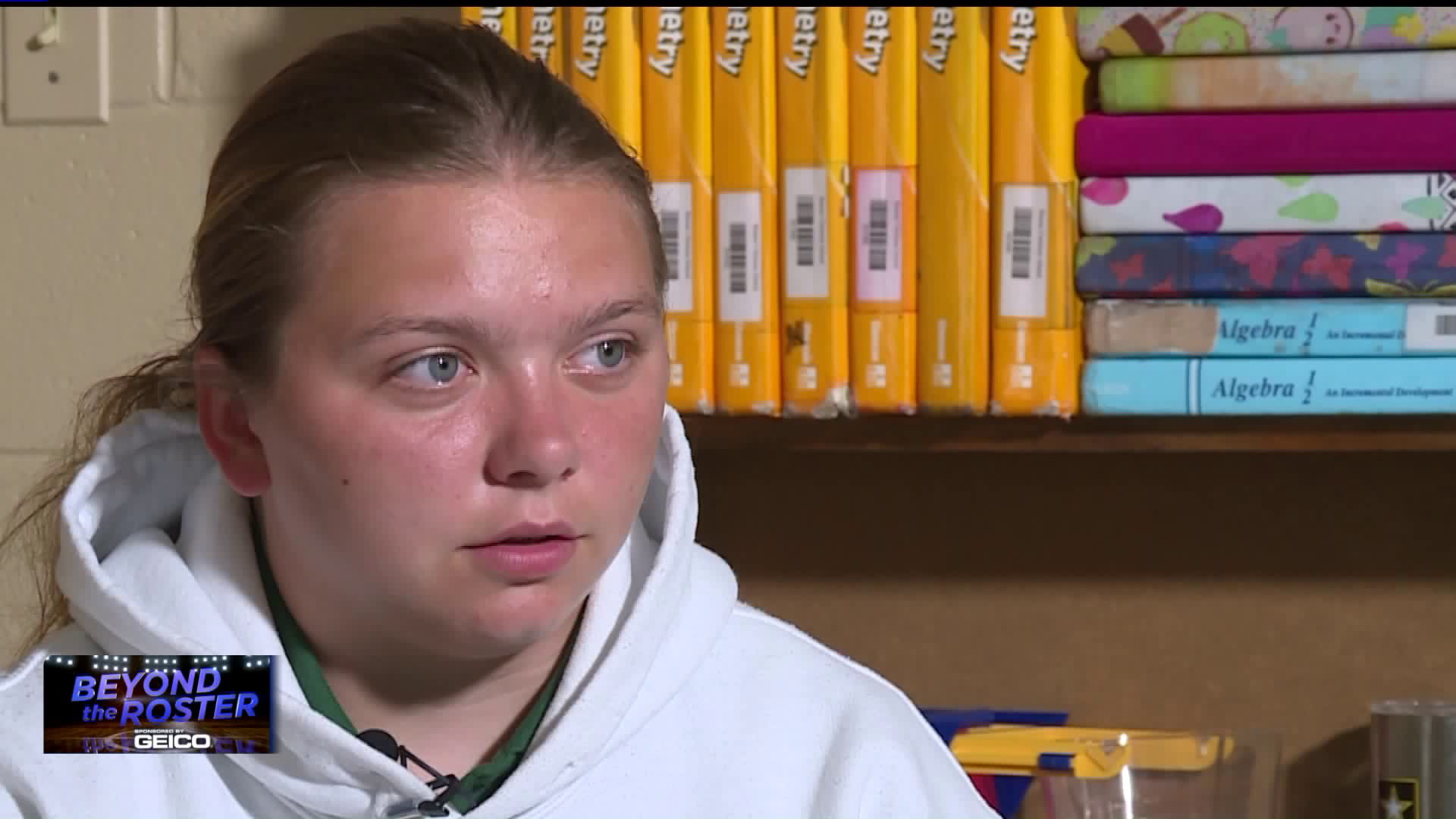 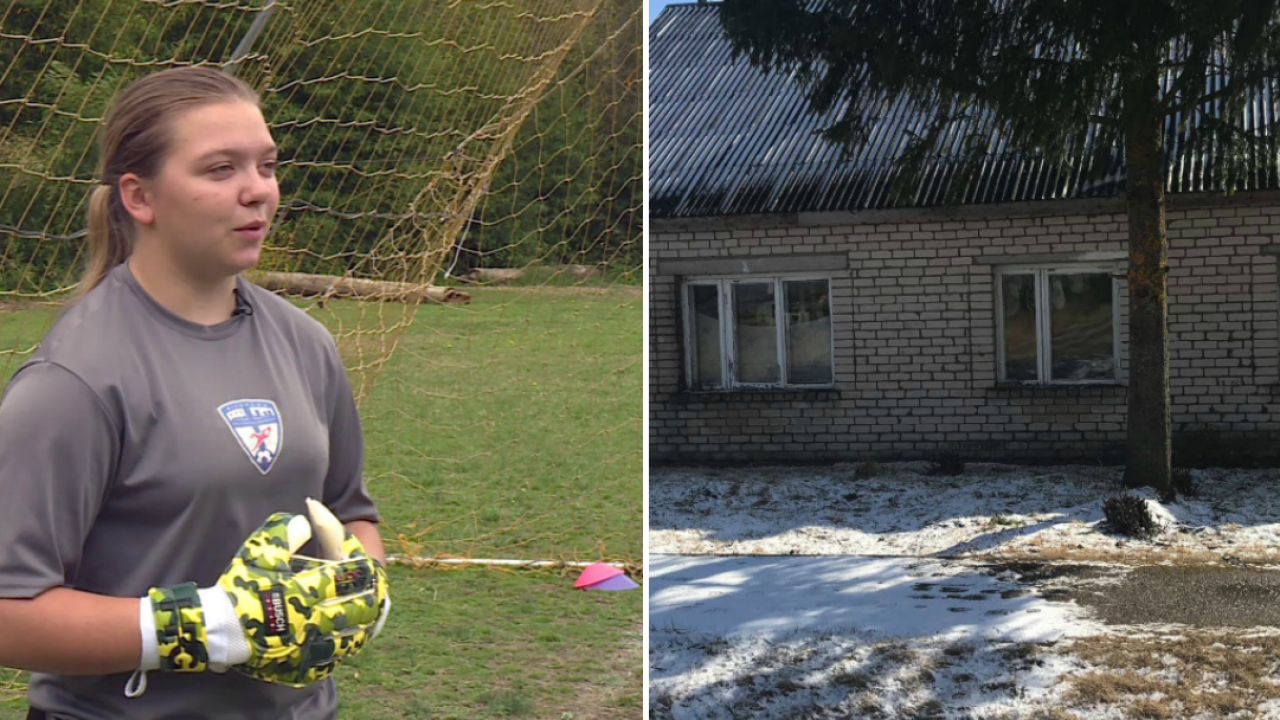 CHESTERFIELD COUNTY, Va. -- In the back corner of an otherwise deserted slightly overgrown soccer pitch, the transformation of Yulia Hayes continues.

The Powhatan teenager is being put through her paces by her goalkeeping coach Amanda Forester, and this session focuses more on strength training. The boring stuff that some athletes need to be forced to do.

"I think that's why she's so good at what she is and why she trains as hard as she does is because she understands the value" Forester, founder of the Richmond Goalkeeping Academy, explained.  "Most people have talent and she has talent, but she also has heart. I can't teach heart."

"I love playing on the field, scoring goals, passing and playing as a team" Yulia added.  "But as a goalkeeper, you get to control the whole game."

All her hard work has earned her a spot on the women's team at The Citadel, where she will attend this fall, coming from tiny Banner Christian school in Chesterfield, a program not always known for it's athletic achievement.

"The fact that coaches out there said that 'You know what? We believe that you have the talent to play at this level and we want you to come to our school.' That in and of itself says volumes about her abilities." said Thomas Burkett, principal and soccer coach at Banner Christian.

"What honestly makes her the biggest and the best goalkeeper out there is the willingness to keep coming out of her comfort zone" Forester added.  "Most people fear coming out because they fear failure. She doesn't."

If she did, she never would have made it this far.

"I did not play any sports" Yulia recalled of her younger years.  "I did not like any sports. I would always try to find an excuse to get out of PE class because I just hated sports."

But, when she emigrated to America four years ago, Yulia knew practically no English. It was soccer that helped her assimilate into a new culture and find a safety net of new friends.

"Everything else in her world was flipped upside down" Burkett explained.  "But soccer was kind of a constant that she was able to develop and continue to play, with folks that understood soccer."

"It's given me tremendous opportunities" Yulia added.  "I don't have the words to appreciate the opportunity to play this."

Yulia was born in Latvia, and lived with her mother until she passed away from cancer. She has no memory of her father, nor any desire to connect with him. She went to live with a foster family at first, but the woman who took her in had older children who did not set the best examples.

"They would drink all the time and party" Yulia recalled.  "She couldn't handle that much so she took that out on me. I got in trouble every single day no matter what I did."

At the age of 12, Yulia decided that living in an orphanage would be a better option.

Through a Latvian based program called Project 143 which specializes in helping orphans visit host families abroad, Yulia had the chance to come to America for a few weeks when she was in the 8th grade. She fell in love with the States. Luckily, the family that hosted her loved her right back, enough to eventually adopt her and bring her to Powhatan permanently.

"There's no way I can say think you to them for everything they've done but I try. I do whatever they ask me. I do as much as I can to say thank you."

Yulia and her parents recently went back to Latvia to adopt twin boys from another orphanage. She had the chance to see some old friends, and further understand just how far she has come in four short years.
Not everyone has had the good fortune she has experienced.

"Let's just say they're not making good decisions" Yulia said of some of the kids still in Latvia.  "It just gave me a good perspective. If I stayed there, I'd just be like them. Making poor decisions, doing crazy things."

"Learning soccer, or learning English, or learning a new culture and all that" Yulia said. "Its just the dedication of wanting to have a better life."

Yulia plans to enlist in the military following her college years at The Citadel as a way to show appreciation for her new homeland and all it has offered her. She has already begun training with the Latvian national team and Forester sees no reason why she couldn't be an Olympian in the future.

To learn more about the Richmond Goalkeeping Academy, click here.