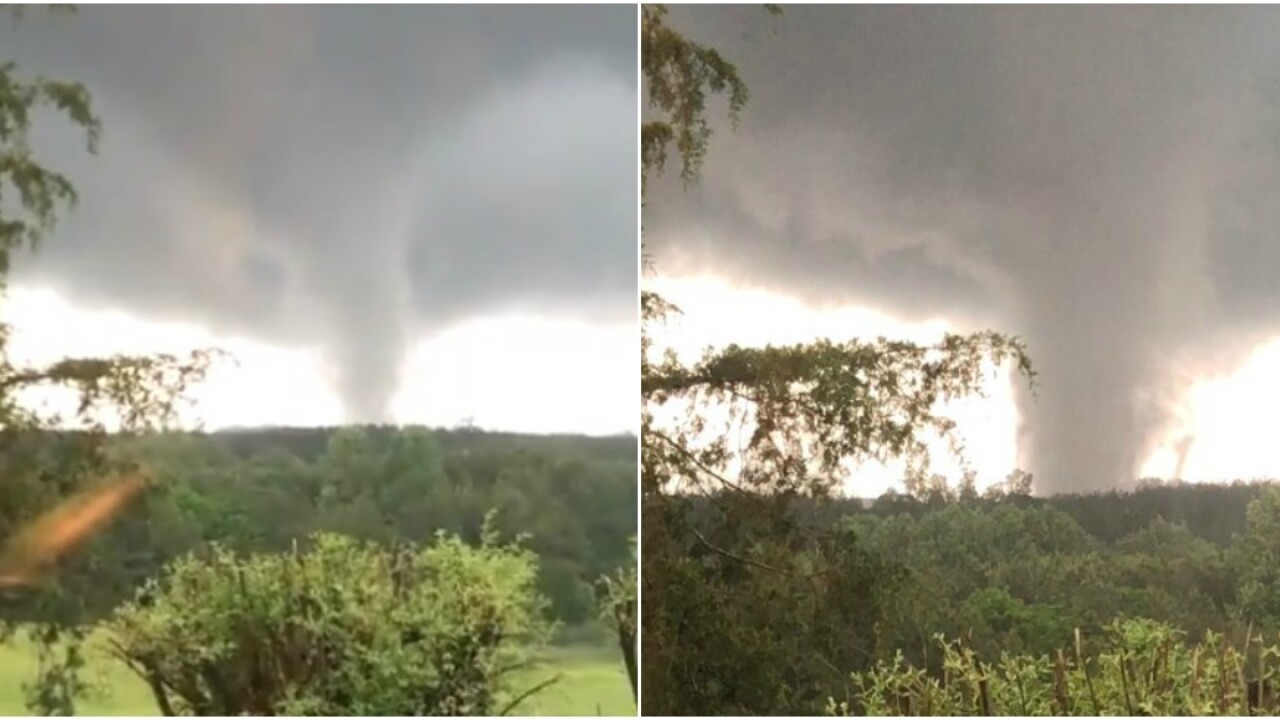 "Damage is evident in the form of numerous downed trees from near the intersection of Morris Church Road and Hat Creek Road northeastward along an approximate 3.7 mile long path across Red House Road ending about 1.5 miles north of Red House Road on Liberty Lake Road," NWS officials said. "In addition to numerous downed trees and at least one power line, one structure on Red House road sustained considerable damage and another structure on Liberty Lake road sustained minor damage. There was also damage to at least one outbuilding. Portions of Morris Church Road, Red House Road, and Hat Creek Road were blocked from numerous downed trees blocking the roads. Damage was approximately 300 yards wide at some points along the damage path."

NWS officials crews plan to complete a storm survey of the damage Monday.

'It’s coming straight for us!'

However, moments later the funnel reforms and someone says they can see "all that debris in the air."

“No, it’s coming this way. It’s coming straight for us!" a woman says just before the video cuts out.

Suspected tornado touches down in Suffolk

Officials are also investigating a possible tornado that touched down in the City of Suffolk Saturday evening, WTKR reported.

Suffolk Police and Suffolk Fire & Rescue are checking homes in the Eastover neighborhood on Wilroy Road and MacArthur Drive.

Officials said five homes were damaged and trees and power lines are down in the area.

Crews are currently working a fire in the 1800 block of Nansemond Parkway. The call was received at 7:33 p.m. It was believed the residence had been struck by lightning.

No injuries have been reported.

STORM PHOTOS: Here’s a picture of tonight’s storm near Great Bridge taken by Brad Clouse. Tag us in your own storm photos.
Meteorologist @April_Loveland may show it tonight on @WTKR3 3 at 10 and 11. pic.twitter.com/GEjKI4YRtk