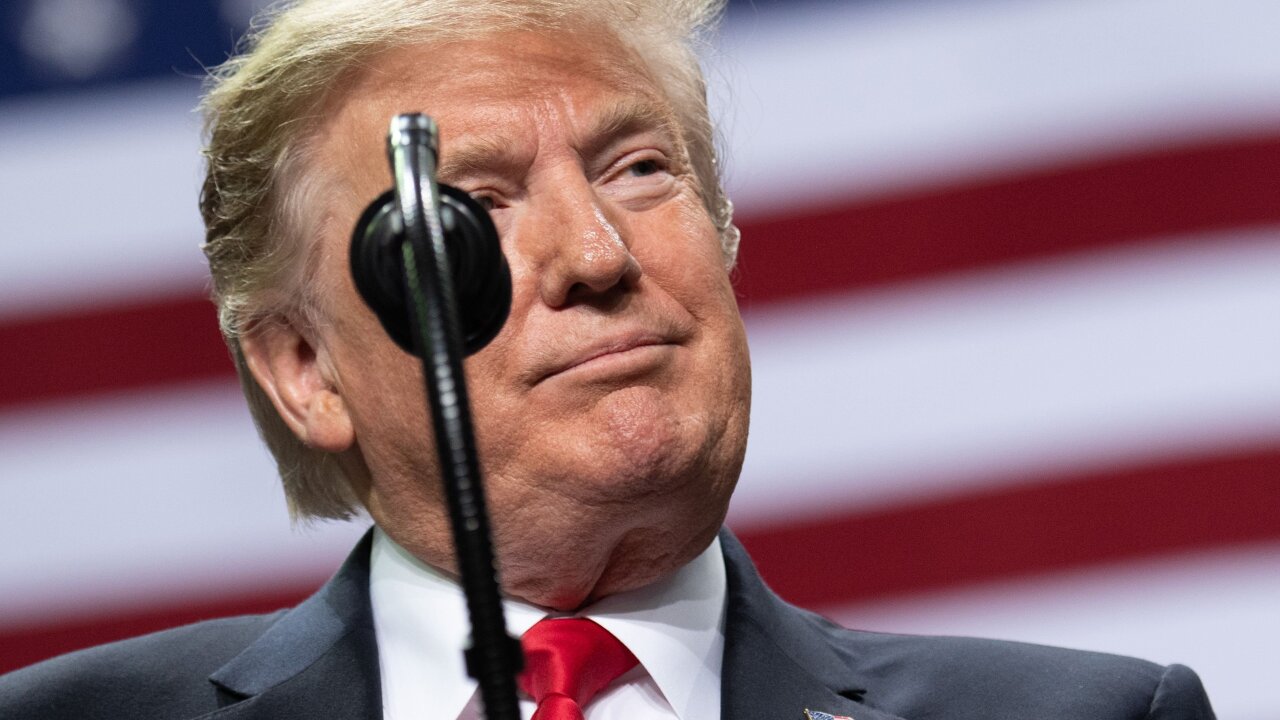 Facebook barred seven users from its services earlier this week, citing its policies against “dangerous individuals and organizations.” Now President Donald Trump is siding with the people who were banned and railing against social media “censorship”.

President Donald Trump just made thousands of items coming in from China more expensive — including baseball caps, bikes and handbags.

Most of the imports hit by the new 25% tariff rate are industrial or intermediate goods that are used as component parts in products manufactured in the United States. But about a quarter of the items on the list are consumer goods, including luggage, backpacks, baseball gloves, bamboo furniture and chandeliers. It also hits sailboats, motorboats, canoes and — weirdly — parking meters.

The Trump administration has so far strategically shielded most consumer electronics, like iPhones, and other everyday goods from the tariffs so the tarrifs might be less painful to American shoppers — though that may change if Trump can’t strike a deal with Beijing.

Here’s how the tariff works.

A tariff is a tax

The tariff acts like a tax on the business importing a given good. Importers must pay the 25% duty once their products reach the United States. The money is paid on delivery and goes to the US Treasury.

The Trump administration imposed the 10% tariff on $200 billion of goods in September, following an earlier round of tariffs on $50 billion of Chinese goods that went into effect over the summer. The tariff rate on the earlier round was always set at 25%.

So, as of Friday, the United States has a 25% tariff in place on $250 billion of Chinese goods.

The new, higher tariff rate will be applied to goods shipped Friday or after, excluding those that may have already been on the water this week but hadn’t arrived in the United States yet. That gives some reprieve to US importers, who were given just five day’s notice about the tariff hike.

In some cases, Chinese manufacturers may decide to absorb some of the cost of the tariff in order to stay competitive in the US market.

Although Trump repeatedly argues that China is paying the tariffs directly into the US government’s coffers, a number of recent research reports have found that American companies and consumers are taking on most of the burden of the existing tariffs. One paper shows that the tariffs were costing domestic companies and consumers $3 billion a month by the end of 2018.

It’s up to vendors and retailers to decide whether to absorb the added cost, or pass some of it along to the consumer.

Does this benefit the US?

Trump campaigned on reviving US manufacturing, and has said repeatedly that he wants production to move back to the US — including Friday morning, when he tweeted, “Build your products in the United States and there are NO TARIFFS!”

But in fact, many US business owners say that domestic factories can’t meet their production needs. Instead they are exploring moving part of their supply chains to factories outside of China.

Overall, the manufacturing sector has rebounded moderately under Trump — but hiring has slowed again after being on a tear in the second half of of last year.

The threat to escalate tariffs wasn’t new. The President first sought to do so on January 1 if negotiations didn’t progress, and then pushed the deadline to March 1. But when the second date came and went, it appeared trade tensions were easing up and businesses adjusted to the new normal.

Talks wrapped without a deal on Friday, and it’s not clear what the next step will be. Beijing has pledged to take “necessary countermeasures” to the tariff increase that went into effect over night, but did not offer specifics on how it would respond. China put tariffs on American agricultural products in response to previous Trump tariffs, and stopped buying US soybeans for about six months.

But Trump has left another threat hanging: adding new tariffs on the remaining Chinese goods he has yet to tax. The move would hit most consumer electronics, toys, and shoes that come from China — but a formal federal review process would have to take place before new tariffs take effect.