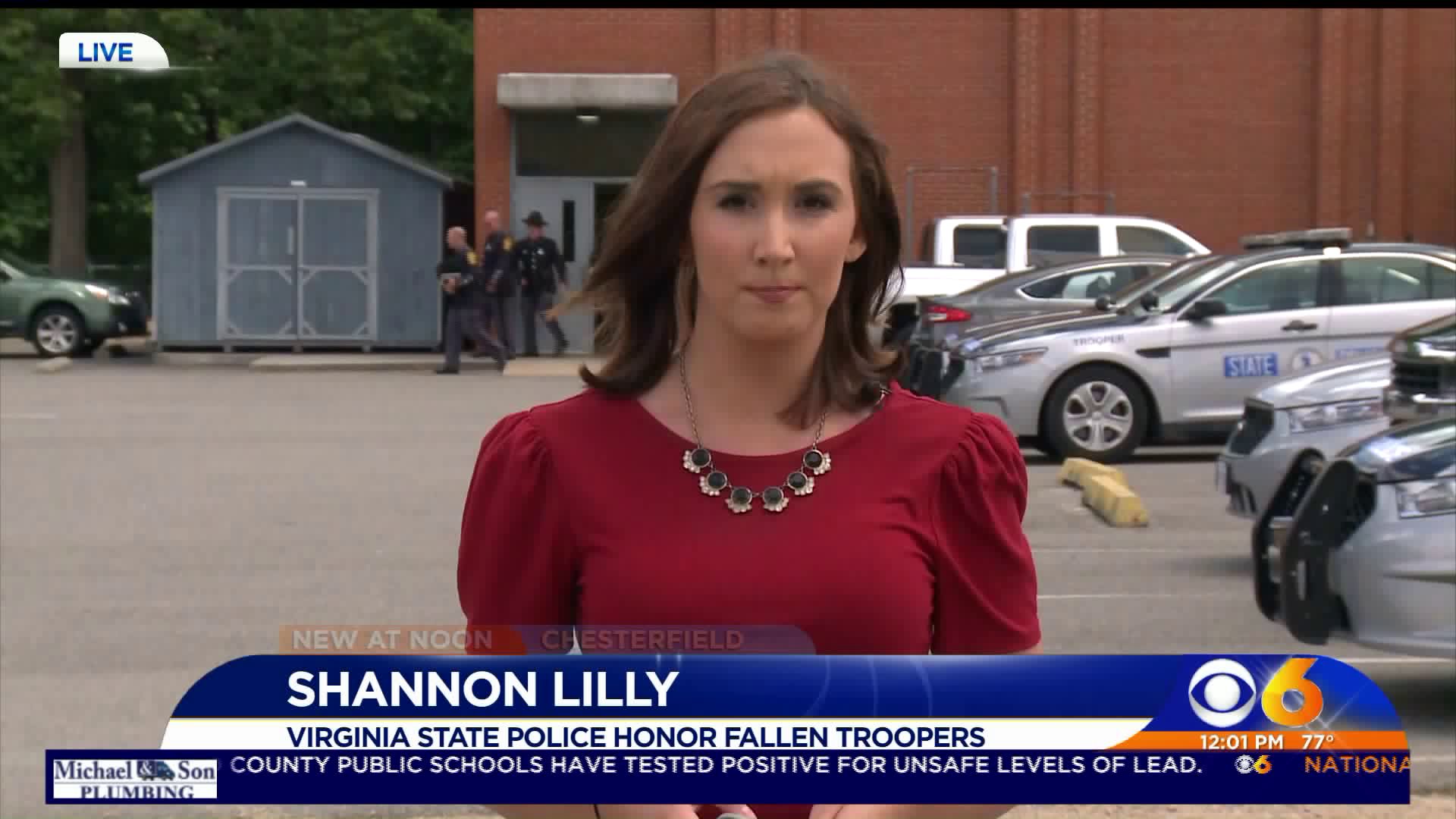 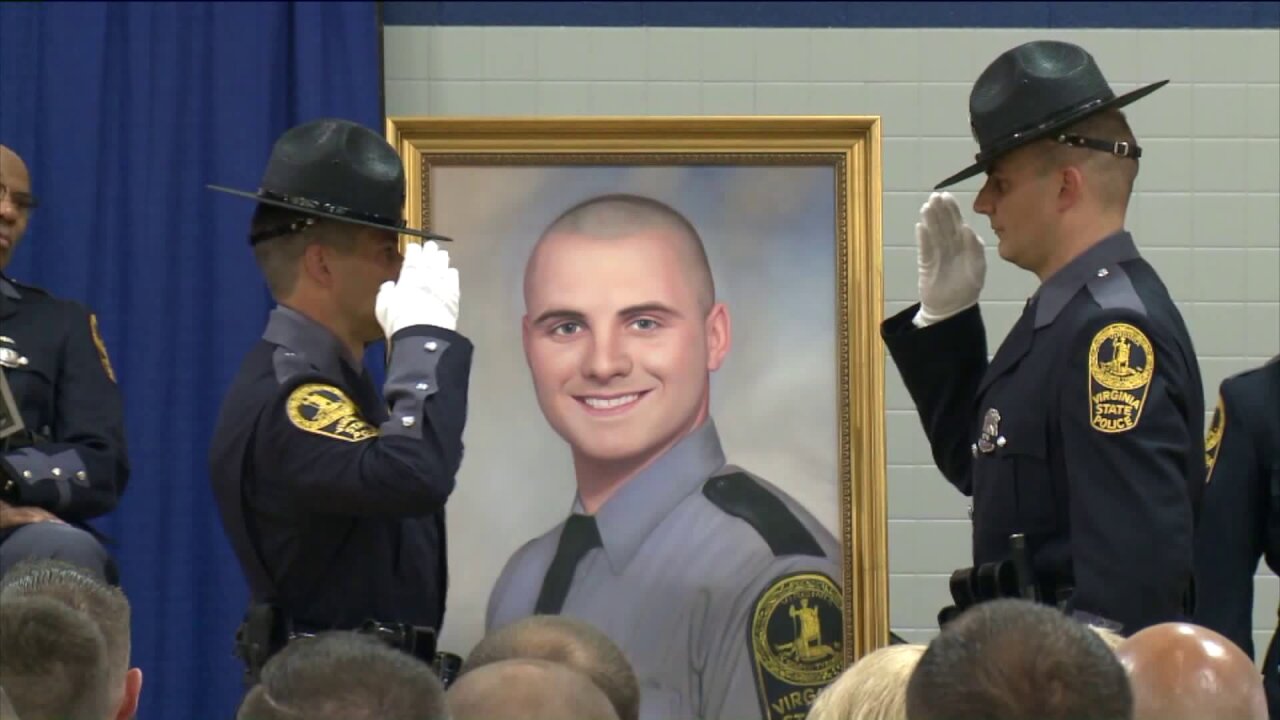 CHESTERFIELD COUNTY, Va. -- Virginia State Police honored troopers who have died in the line of duty in their 2019 Police Officers' Memorial Service Thursday.

Trooper Lucas B. Dowell was given special recognition at the ceremony.

The 28-year-old was shot and killed in the line of duty on February 4, while executing a search warrant inside a home just north of Farmville.

During Thursday's ceremony police unveiled and dedicated a portrait of Dowell in front of family members and fellow troopers.

That portrait will be hung in the Colonel C.W. Woodson Jr. Memorial Gallery inside the Virginia State Police Academy.

Trooper Jon Barbour not only worked with Trooper Dowell but roomed with him as well. Barbour was one of the troopers unveiling Dowell's portrait Thursday morning.

"Just knowing the fact that he’ll never be forgotten. I think for his friends, family, coworkers, that’s not going to be an issue," he said. "But just knowing that the people in the recruits and the troopers that come and pass through these walls... that they’ll get a chance to just look upon him and, like I said, in my mind, there’s no better person that could’ve exemplified what it meant to be a Virginia State Trooper.

Barbour added that he's been to several Police Officers' Memorial Services, but this one is different for him.

"Bittersweet would be a word for it," said Barbour.

Barbour said he'd always remember Dowell as the kind of person that bettered people around him.

"He was one of those guys that you, seriously, you never could have a bad day or bad shift with him," Barbour said. "Just the kind that lifted the people around him up whether he knew it or not. And of course, the thing that he’s known for now is his smile, which is pretty infectious."

A special tribute with the ringing of the bell was given to 12 other troopers in which 2019 marked a significant milestone. Speakers at the event said the goal was to make sure families of fallen troopers know their loved ones will never be forgotten.

Virginia State Police said Trooper Dowell’s portrait will be hung next to 65 other men and women who also died in the line of duty.