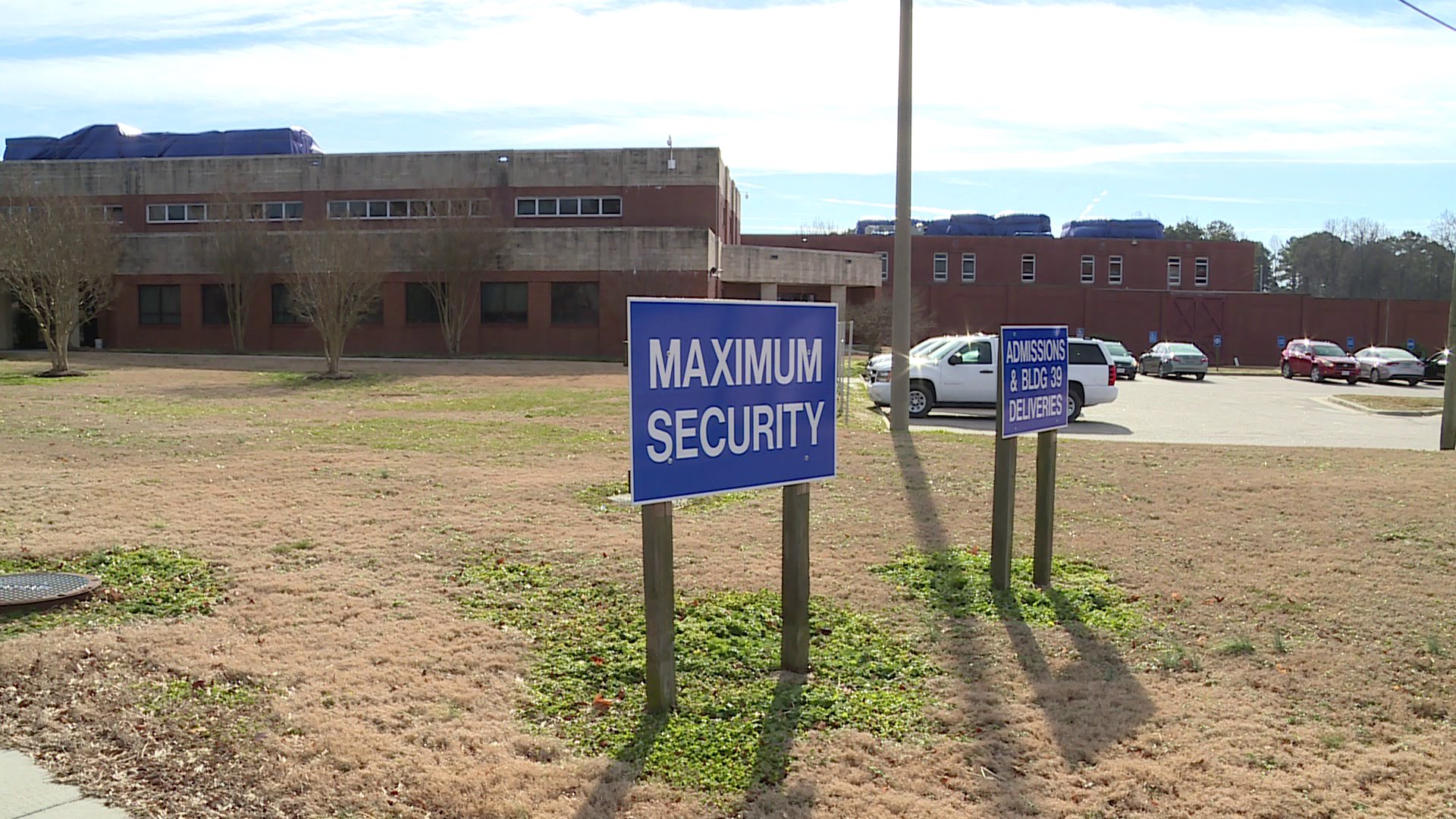 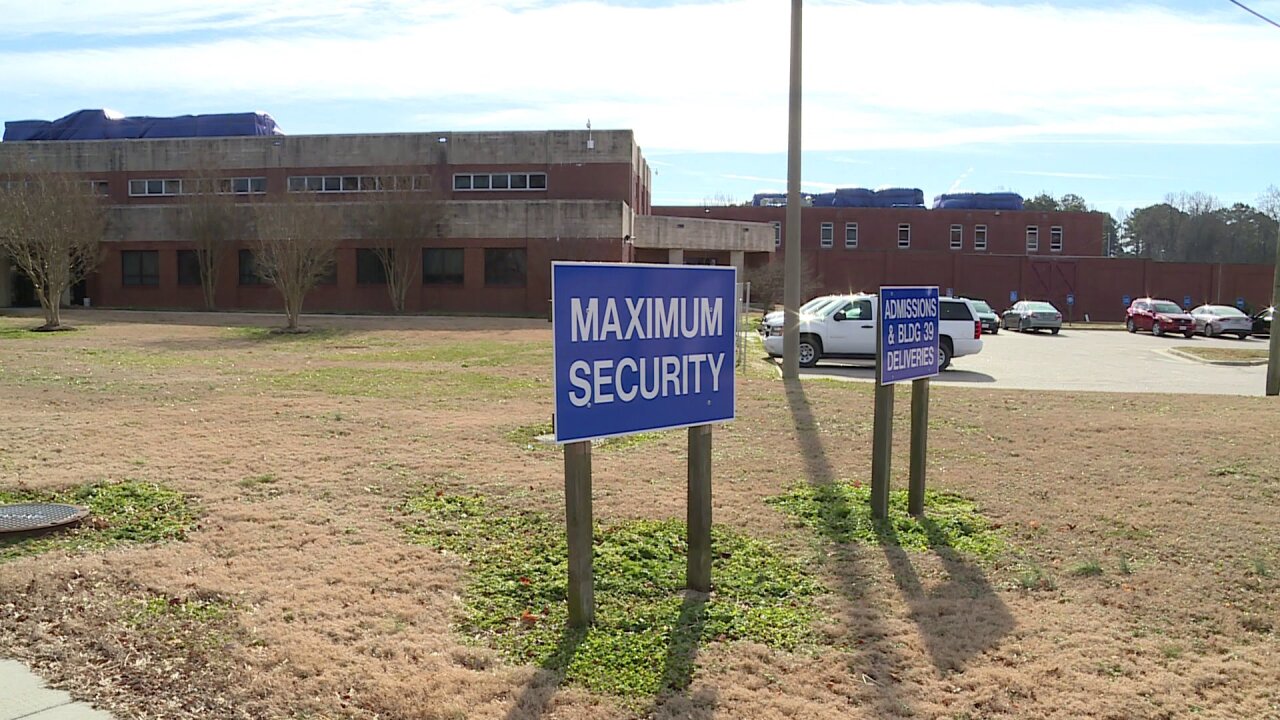 DINWIDDIE COUNTY, Va. -- On the same day in January 2013, a Dinwiddie County man named Herbert Bland Jr. shot and killed three people: his father, his ex-girlfriend, and the woman’s mother.

Within five years, he was being released from a state-run mental hospital for unsupervised weekend outings.

Neighbors weren’t alerted, and Dinwiddie’s top prosecutor and sheriff both said they did not know about the unsupervised releases, until they received calls from concerned citizens who spotted Bland back at the house where he killed his dad.

“People come back to their homes, and I know some times there’s this concern ‘it’s too quick, it’s too soon,’” said Dr. Michael Schaefer, the assistant commissioner of forensic services for the Virginia Department of Behavioral Health and Developmental Services (VDBHDS).

Schaefer said he’s not allowed to speak about the Bland case specifically, but he sat down with CBS 6 to explain how a man with a history of violence and mental illness would get approved to leave the grounds of Central State Hospital, home to the only maximum security forensic unit in the VDBHDS system.

“The thing about a ‘not guilty by reason of insanity’ acquittal is it’s not for specific times,” Schaefer said. “So if you’re convicted of murder, they give you 20 years to life, or whatever, you know what you have… when you’re found not guilty by reason of insanity, you’re committed until your release no longer poses a danger to society, and for some people that may be relatively short.”

In cases like Bland’s, Schaefer said a treatment team at Central State would put together a packet justifying the privilege of a 48-hour unescorted release.

“Safety is always our paramount concern,” said Schaefer. “I would stress that when we’re granting privileges, it’s a very thoughtful process.”

The plans first get submitted to a panel of senior clinicians and Central State leadership, including the facility director and the head of security.

They review the presentation, and if they sign off, it goes to an even higher panel of experts, who can approve or deny the request.

Dinwiddie officials were upset that they were kept in the dark about Bland's release. But at the time, Bland had not been indicted in Dinwiddie, only in Chesterfield County, where two of the three murders took place.

Since Chesterfield is where he was found not guilty by reason of insanity, Schaefer said that county’s officials were the ones notified about Bland’s release.

“I just can’t go and call any judge and say ‘Hey, I’m letting John Smith out of the hospital now,’ because that patient isn’t in my custody as a result of that judge’s order,” Schaefer said.

Likewise, the people living in Bland’s neighborhood would not have been told that he was coming home for visits.

“There’s nothing in the code that talks about neighbors, bystanders, witnesses… it’s really specific to victims,” Schaefer said.

Schaefer said it was safe to assume that a patient with that sort of history would be required to take his or her medication prior to an unsupervised release, likely via injection.

“Most of them last a month or 28 days, some are two week injections,” said Schaefer. “They’ve actually come out with some recent ones that are actually three months, you take an injection and it lasts three months.”

Bland was finally indicted in Dinwiddie in early 2018, and last month, a judge found him not guilty by reason of insanity for the murder of his father.

He’s being sent back to Central State, an outdated hospital that staff members and lawmakers alike have expressed grave concerns about.

“There are issues there,” said Daniel Herr, deputy commissioner for facility services for VDBHDS. “Replacing Central State is one of our administration’s top priorities.”

Herr, the son of a woman who suffered from schizophrenia, knows what it’s like to be on both sides of the treatment/public safety debate.

Challenges that are multiplied by the poorly designed physical layout of Central State, which Herr said increases the risks associated with the supervision of patients.

Fortunately, the construction of a new hospital appears to have the necessary support on Capitol Square.

“We are hopeful that when the governor signs the budget that there will actually be funds there to build out a 252-bed new facility on a compressed timeline,” Herr said.

Despite their antiquated and obstructive work environment, Herr trusts the doctors and staff at Central State, who he says are trying their best to help patients – like Herbert Bland Jr. – get better, and one day, return to society.

“Any time that individuals can live with a major mental illness, be involved with the criminal justice system, and then later become productive and contributing members of the community, that’s something to be proud about.”