Despite some recent changes, drivers lament ‘confusing’ sign on I-95 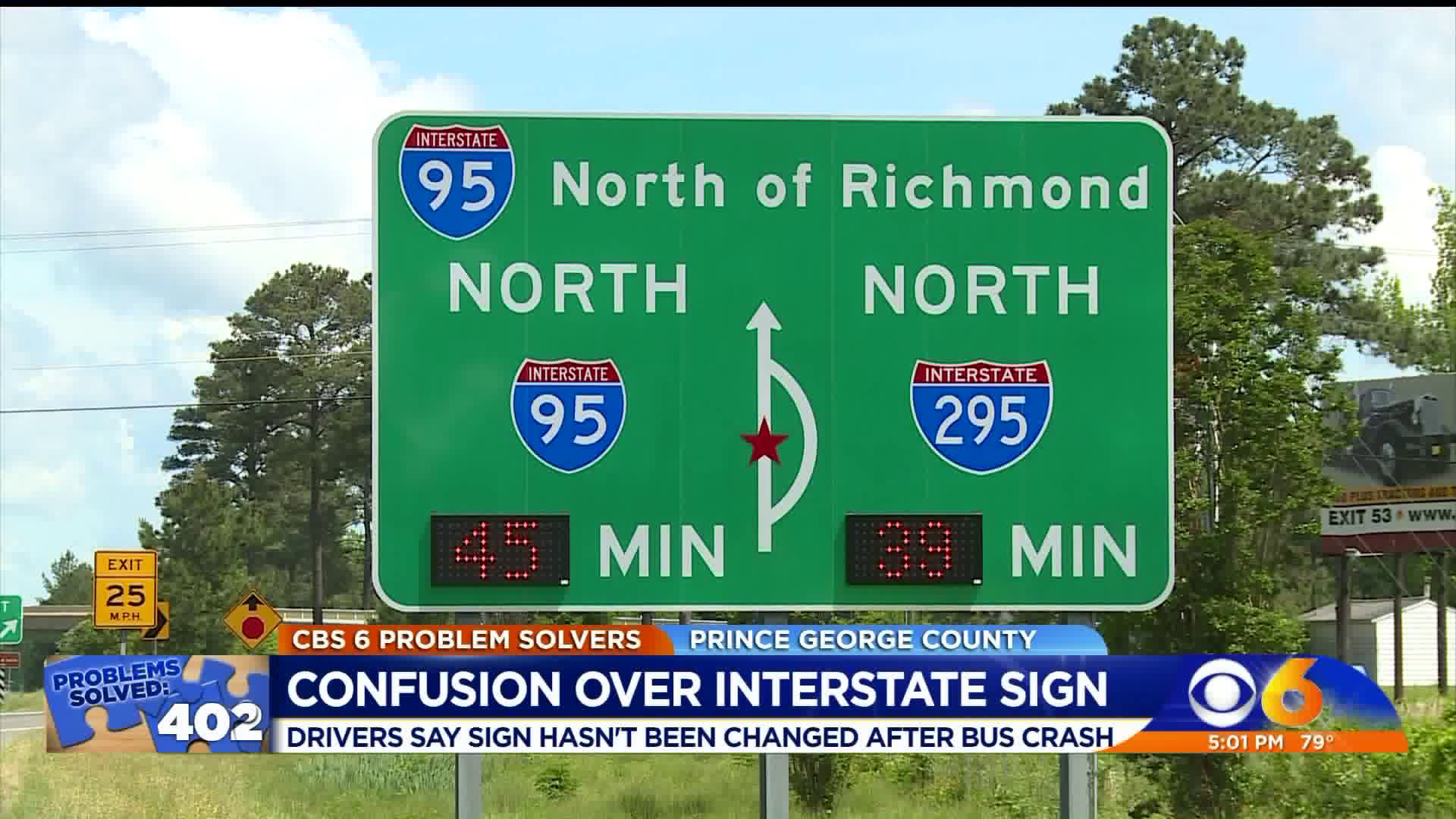 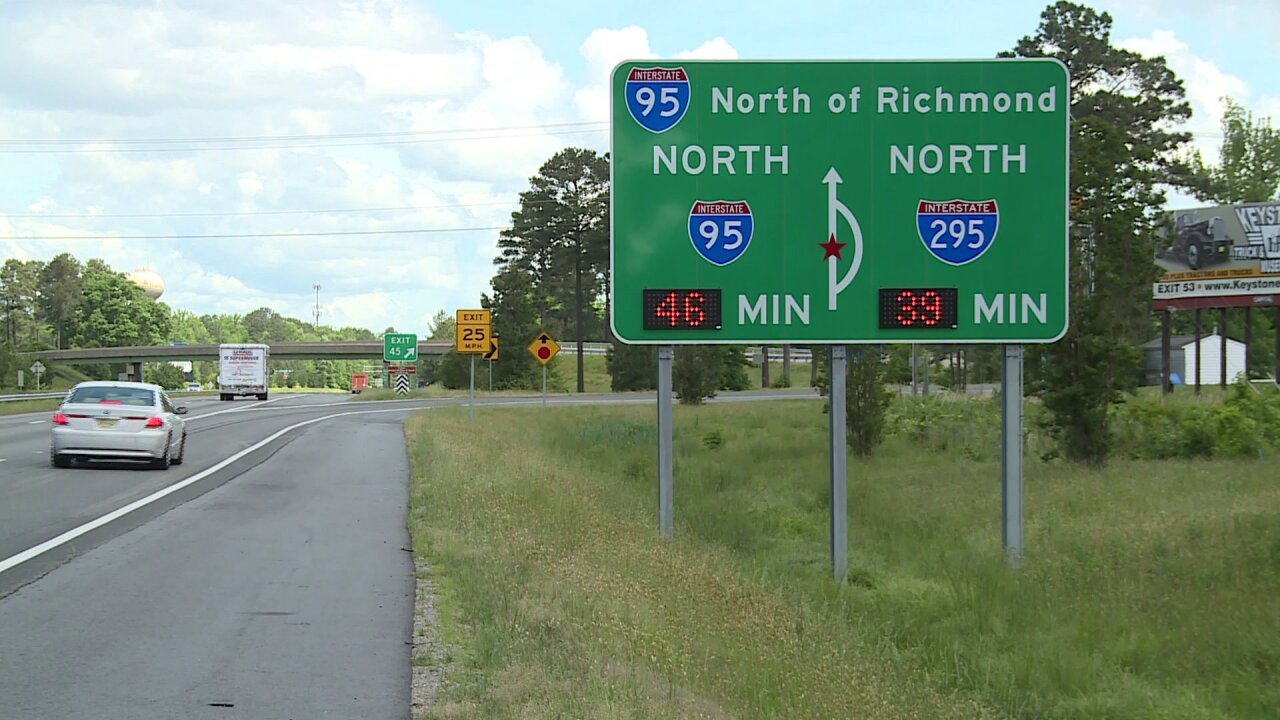 PRINCE GEORGE COUNTY, Va. -- A sign on Interstate 95 in Prince George County is still causing confusion for many drivers even though some changes were recently made by V-DOT.

CBS 6 Problem Solvers recently highlighted a “confusing” sign some believe may be to blame for a charter bus crash in March that killed two passengers.

A sign on I-95 northbound gives drivers an option to take I-295 for a shorter commute. So, some drivers take the next exit thinking they are getting on I-295 but instead are getting on Route 301 (exit 45).

In less than an hour and a half, CBS 6 cameras caught nearly a dozen vehicles pull off the interstate, just to get right back on.

Many say the I-295 sign in the northbound lane is to blame.

"No, it's not in a good spot, it needs to be moved so you don't see this exit after that sign," and another driver.

Some believe the driver of a bus that crashed on March 19 thought he was getting off onto Interstate 295. That accident killed two passengers and injured dozens more.

Last week, V-DOT made some changes including increasing the size of the Stop Signs and adding four chevrons and replacing a street light destroyed in a previous accident.

There were no changes made to the I-295 sign.

"They should put it past exit 45 so it would be just before you get on exit 46," said a driver.

VDOT says there will be no change to the I-295 sign for now.

But more changes are coming by the end of the week including an oversized ramp 25 miles per hour sign and signage on the interstate with details about the exit.