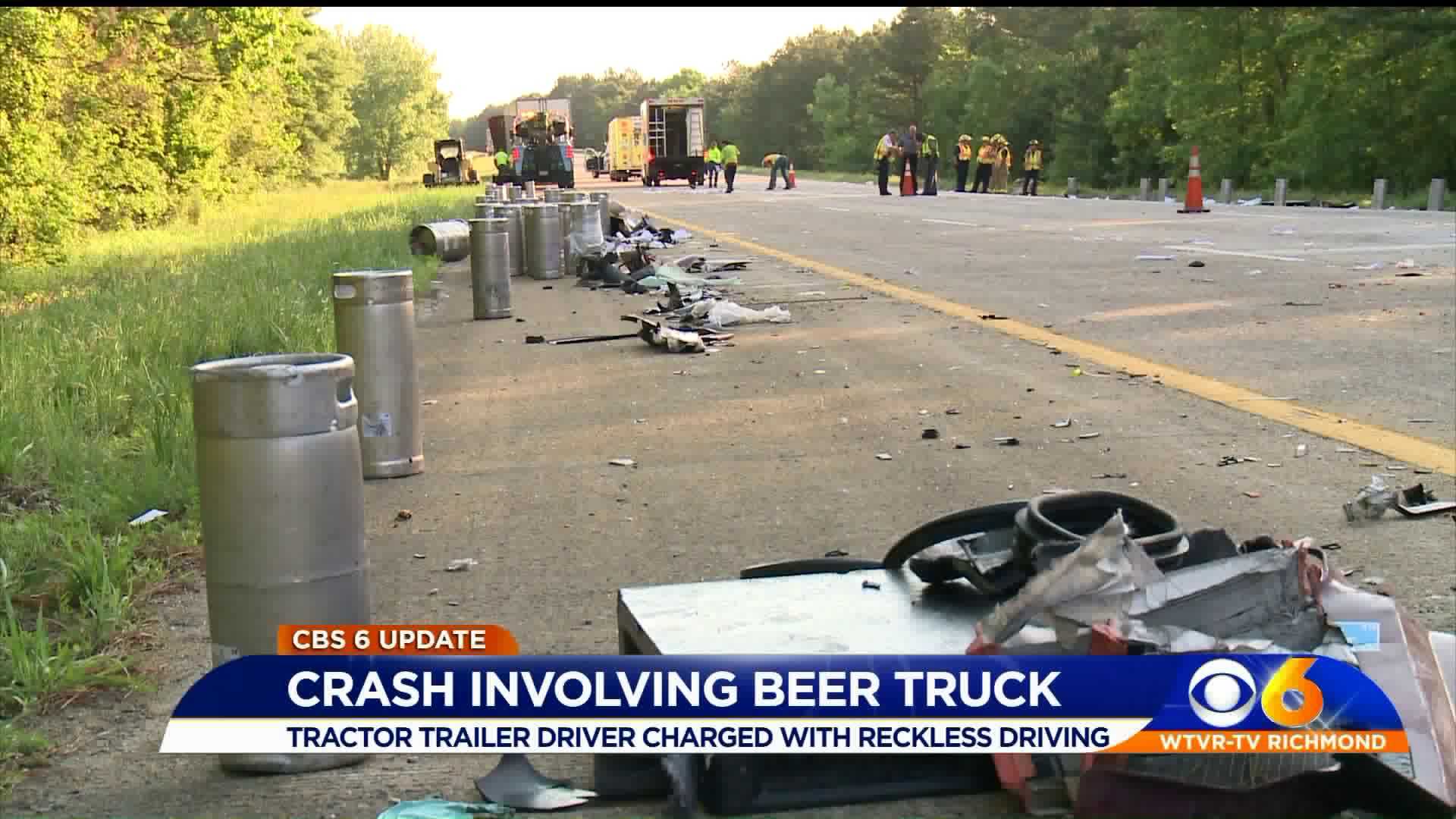 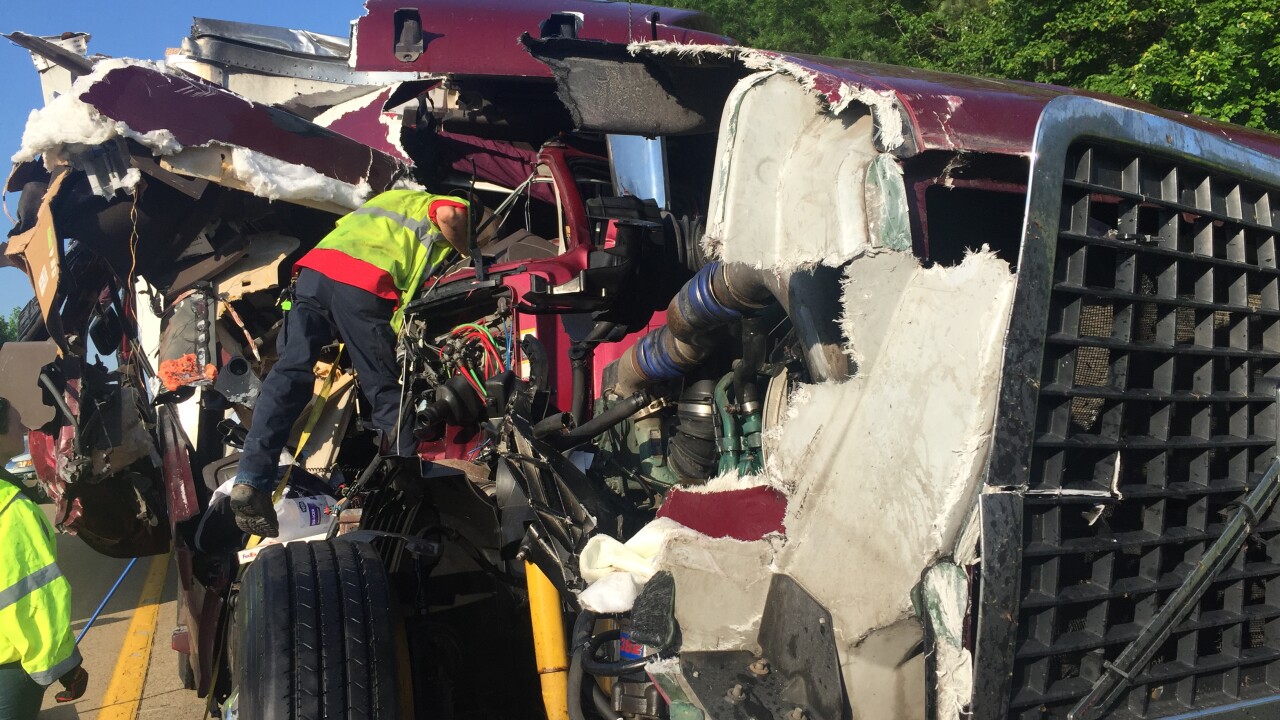 The crash was reported at about 5:40 a.m., just north of New Market Road. One of the trucks involved in the crash was hauling beer. 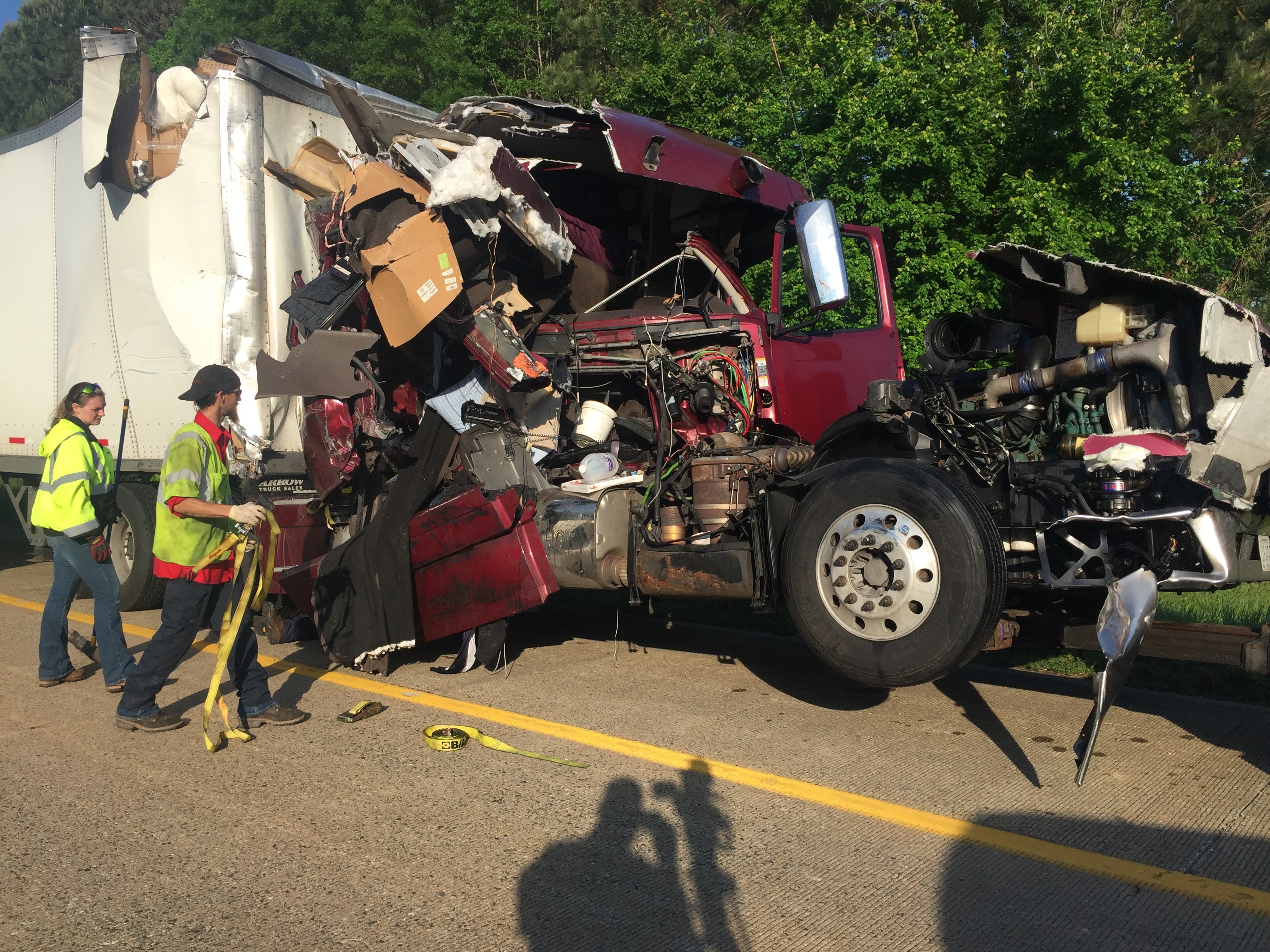 "A 2014 Volvo tractor trailer, driven by Clarence M. Henderson, was traveling northbound I-295 when he struck a 2018 Peterbuilt in the rear. The Peterbuilt was hauling keg beer, which was lost due to the crash," a Virginia State Police spokesperson said. "Henderson was wearing his seat belt and was transported to the hospital for treatment of minor injuries. The male driver of the Peterbuilt was also wearing his seat belt and was not injured. Henderson was charged with reckless driving."

Lanes of Interstate 295 N were closed for cleanup.