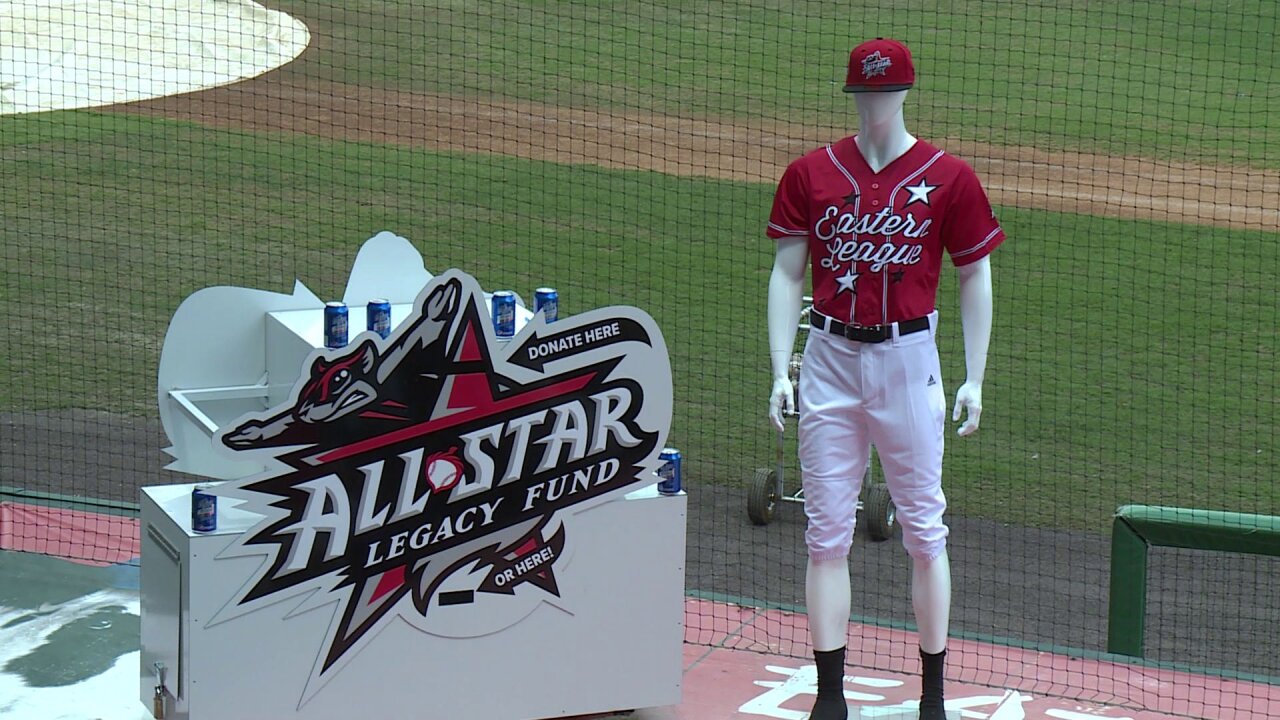 The game highlights a week’s worth of event celebrating All-Star Week.

“Today is May 7th, and on July 7th the Eastern League starts to arrive in RVA for four days and nights of celebrating not only the best players the Eastern League has to offer, but the entire Richmond region as we welcome the baseball world to the RVA to display the things that make Richmond a great place to live, work and play,” Flying Squirrels VP & COO Todd “Parney” Parnell said. “There are so many things to get excited about July 7 through 10… but the reality is two months out people need to stop, act on their ticket desires now before it is too late no matter what they want to attend. These events are going to sell out, so don’t be the person who says, ‘I wanted to go to the concert, Home Run Derby or All Star Game, but I waited until it was too late.”

The Eastern League All-Star Game will take place on Wednesday, July 10 at The Diamond, featuring the top star players and numerous future major leaguers from all 12 of the league’s clubs.

The Flying Squirrels announced on Tuesday that CBS 6 will broadcast the Eastern League All-Star Game live, and will also air a 30-minute All-Star Week special on Tuesday, July 9.

Before the All-Star Game on July 10, fans can meet the stars of the Eastern League during an autograph session, featuring the All-Star players from the Eastern and Western Divisions. The All-Star teams will be comprised of the top players from around the league, with affiliates of the San Francisco Giants, New York Yankees, Boston Red Sox, Washington Nationals, Baltimore Orioles, New York Mets, Cleveland Indians, Pittsburgh Pirates, Toronto Blue Jays, Detroit Tigers, Colorado Rockies and Philadelphia Phillies.

On Tuesday, July 9, the Flying Squirrels will host the Eastern League Celebrity Home Run Derby, featuring the All-Star players and special guests participating in a series of home run and hitting challenges. The event will feature a star-studded list of participants with ties to the Richmond area from across the sports and entertainment world.

Additional participants will be announced in the coming weeks.

The band Three Sheets to the Wind will perform following the Celebrity Home Run Derby.

The Flying Squirrels also announced that on Tuesday, July 9, there will be an All-Star Pep Rally in downtown Richmond from 11 a.m. to 1 p.m. in partnership with Venture Richmond.

The headlining musical acts for the All-Star Week Kickoff include Mighty Joshua and Trongone Band.