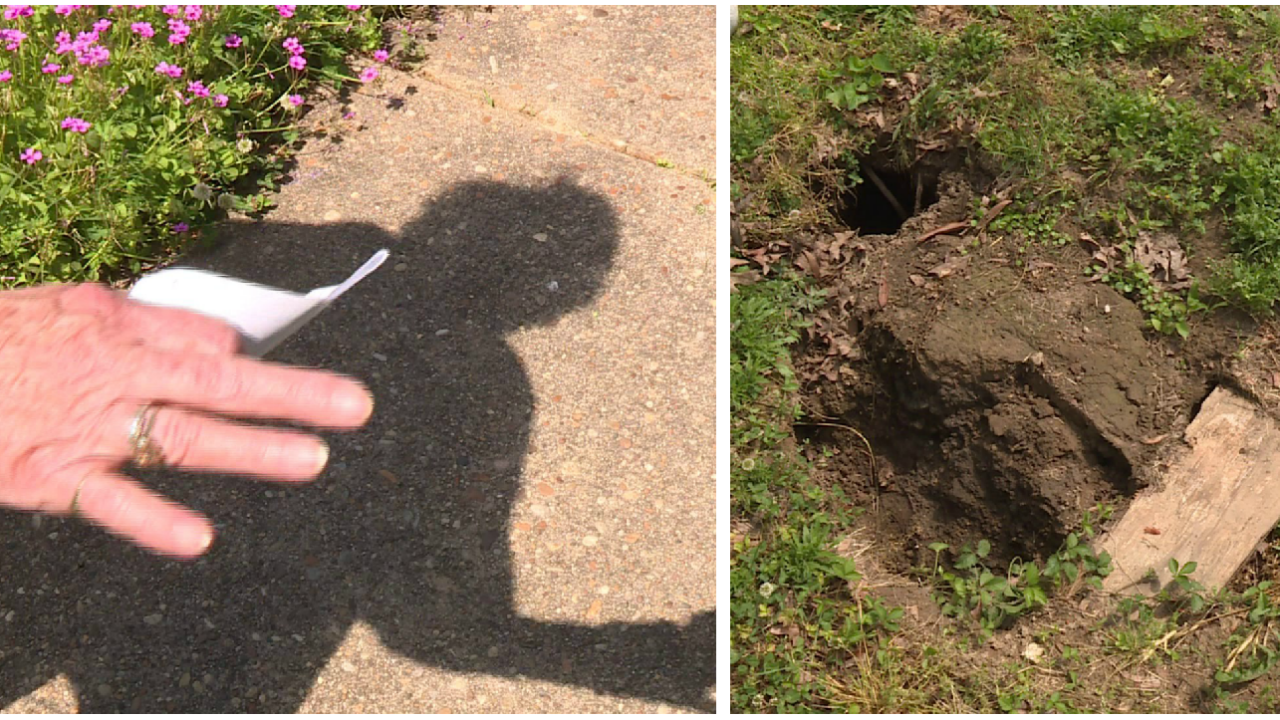 HENRICO COUNTY, Va. -- A Henrico grandmother says she no longer feels safe in her backyard after discovering a deep sinkhole and she doesn’t know where to start on fixing the problem.

She noticed it more than a month ago. Since then, she says the sinkhole has increased in size.

“I put nothing in there… It just started sinking in. I don’t know how I am going to fill it in,” said Hill.

The 73-year-old explained that the sinkhole is making her really nervous because safety is a big concern, along with finding some answers.

“My concern is one of the children might fall in and hurt themselves,” Hill said. “I don't feel safe walking out there because the ground feels soft under my feet and I don't know how big this hole could be.”

She has no idea why the sinkhole is creeping across her yard, inching closer to her oil tank and home with each rainfall.

“I can throw rocks down there and you can hear the water,” she explained.

Hill asked the Henrico County to take a look at the sinkhole, wondering if there was some sort of water or sewer line issue beneath it.

CBS 6 Problem Solvers contacted the county. A spokesperson says their public works department Is fairly certain that it’s not a public water or sewer line.

They speculate it could be an abandoned septic system, but they are not 100 percent certain.

The Henrico woman says she has health issues so she can’t physically get out and repair whatever the issue might be, and she is on a fixed income that makes it even tougher for her to afford the repairs that will need to be done.

The Henrico Health Department will get involved on Wednesday and try to get answers for Hill.