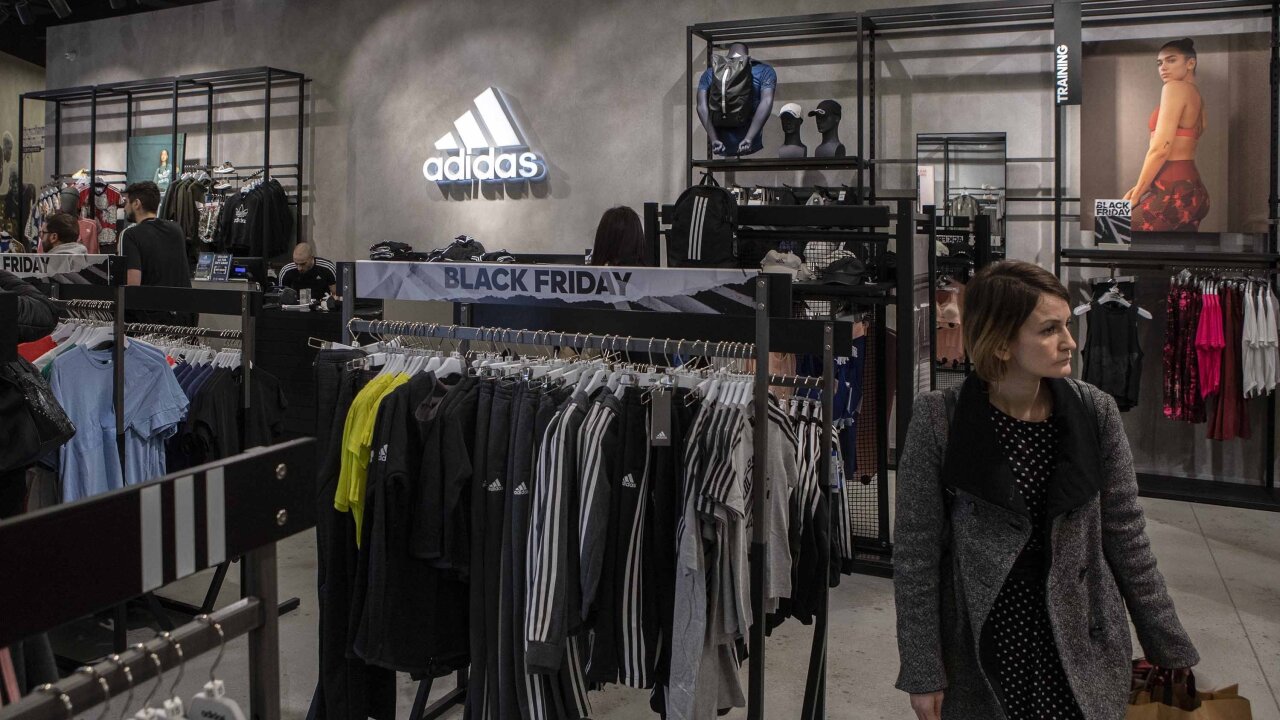 Adidas has a good kind of problem: It can’t make enough apparel to meet demand.

The German sportswear company said Friday that supply chain shortages are making it difficult to meet a sharp increase in consumer demand for its mid-priced apparel.

The shortages limited sales growth in the first three months of the year to 4%. Adidas said the issue could knock up to two percentage points off sales growth this year, restricting it to between 5% and 8%.

Adidas did not provide details of the supply problems or the products affected in its earnings statement and a spokesperson declined to comment further.

Yet investors cheered the company’s results, which revealed a 40% increase in online revenue and a 16% sales spike in greater China. First quarter operating profits were up 17%.

Shares in Adidas spiked over 6% in Frankfurt, lifting the stock to a new record high.

Reebok, another brand owned by Adidas, was a different story. Its sales were down 6%.

Adidas launched a turnaround strategy at the end of 2016, pledging to focus on China, North America and online sales.

Friday’s strong results for e-commerce and China suggest the strategy is paying off. Sales have also increased in North America, where the company is stealing market share from Nike and Under Armour.

Adidas has signed up athletes and celebrities as brand ambassadors in the United States.

It scored a big win last month when it announced a partnership with Beyoncé Knowles. The singer has signed an agreement to relaunch Ivy Park, her line of fashionable workout clothes, with Adidas.

Knowles will become a creative partner for Adidas, helping to develop new footwear and clothes.