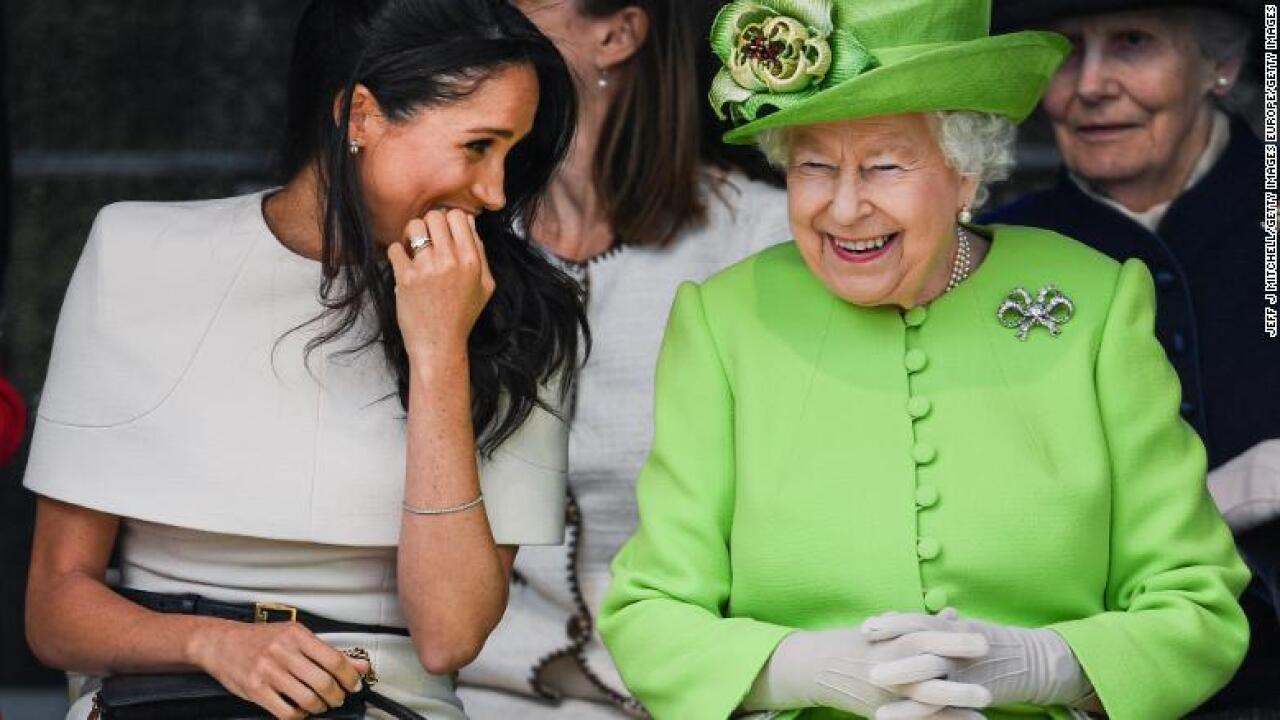 <> on June 14, 2018 in Chester, England. Meghan Markle married Prince Harry last month to become The Duchess of Sussex and this is her first engagement with the Queen. During the visit the pair will open a road bridge in Widnes and visit The Storyhouse and Town Hall in Chester.

One of Britain’s largest bookmakers has suspended betting on the due date of Meghan, Duchess of Sussex’s royal baby, amid speculation that the child has already been born.

Paddy Power halted bets after a number of customers placed money on dates that had already passed.

They are considering also stopping wagers on the name and gender of the baby, with betters becoming increasingly convinced that it will be a girl named Ivy.

He added that customers have often led the way when it comes to Harry and Meghan’s announcements, recalling that bookers had correctly guessed the couple’s engagement date before Clarence House announced it.

Ivy is now the runaway favorite across multiple bookmakers for the child’s name, with some offering even odds on the choice. It is followed by Alice, Diana, Victoria and Elizabeth, as punters appear decided that the child will be a girl.

Arthur, James and Alexander are the top choices for a boy.

Royal watchers have been anticipating the announcement of a royal baby for some time, with the US former actress due to give birth any day.

But details have been few and far between, with the royal couple previously announcing they would keep arrangements relating to the birth private.

That has fueled speculation that Meghan could give birth at home, without informing the media for days afterward.

On Friday Prince Harry shortened a forthcoming trip to the Netherlands, prompting further speculation that the birth was imminent.

The child will be the seventh in line to the throne.