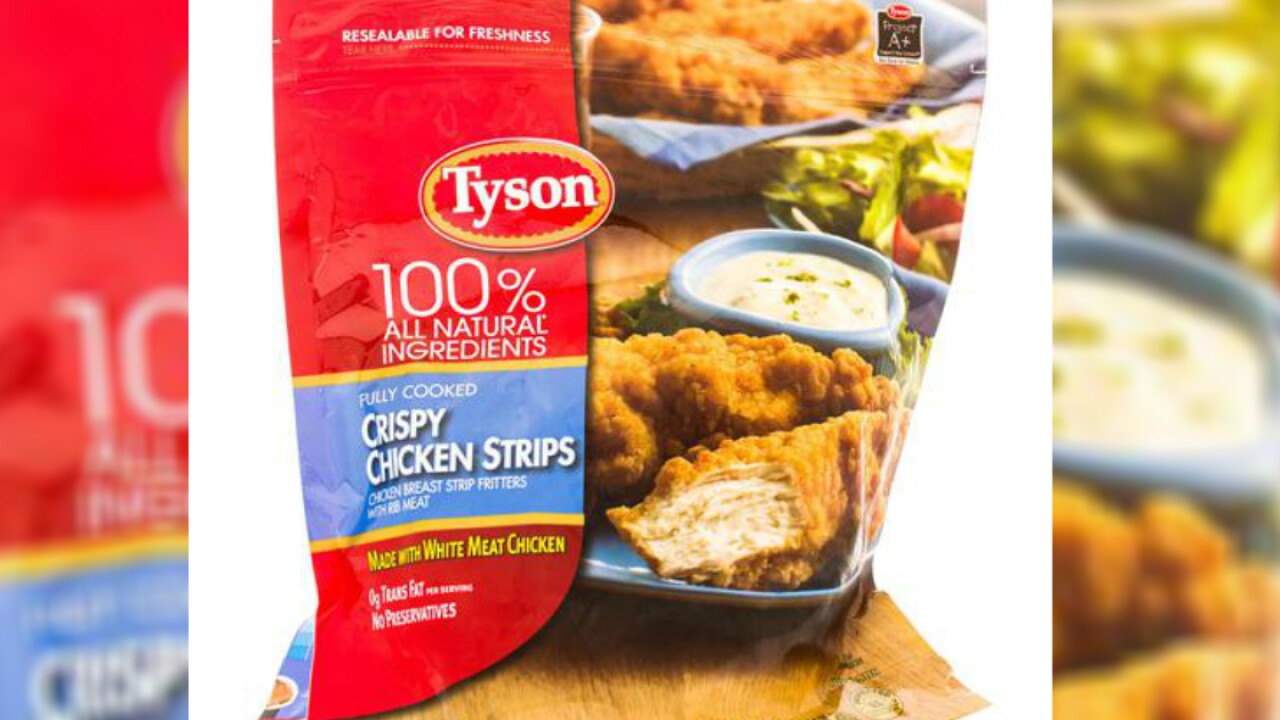 Tyson Foods has significantly expanded a recall of its chicken strips over concerns that some might be contaminated with pieces of metal, federal food safety officials said Friday.

The recall now affects more than 11.8 million pounds of frozen, ready-to-eat chicken strip products that were shipped nationwide, up from more than 69,000 pounds when the recall initially was issued in March, the US Department of Agriculture's Food Safety and Inspection Service said in a statement.

The products now being recalled were produced from October through March 8, and they have "use by" dates of October 1, 2019, through March 7, 2020.

Each of the recalled products have establishment number "P-7221" on the back of the package.

Products under the recall include:

In the previous recall, the products had only one use-by date: November 30, 2019.

The Food Safety and Inspection Service said it initially discovered the problem because of two consumer complaints about extraneous materials in chicken strip products.

But the agency said it "is now aware of six complaints during this time frame involving similar pieces of metal."

Three of the complainants alleged they had an oral injury, it said.

Consumers are urged to throw away or return products that might be affected and not to consume them.

"FSIS is concerned that some product may be in consumers' freezers," the agency said in a news release. "These products should be thrown away or returned to the place of purchase."