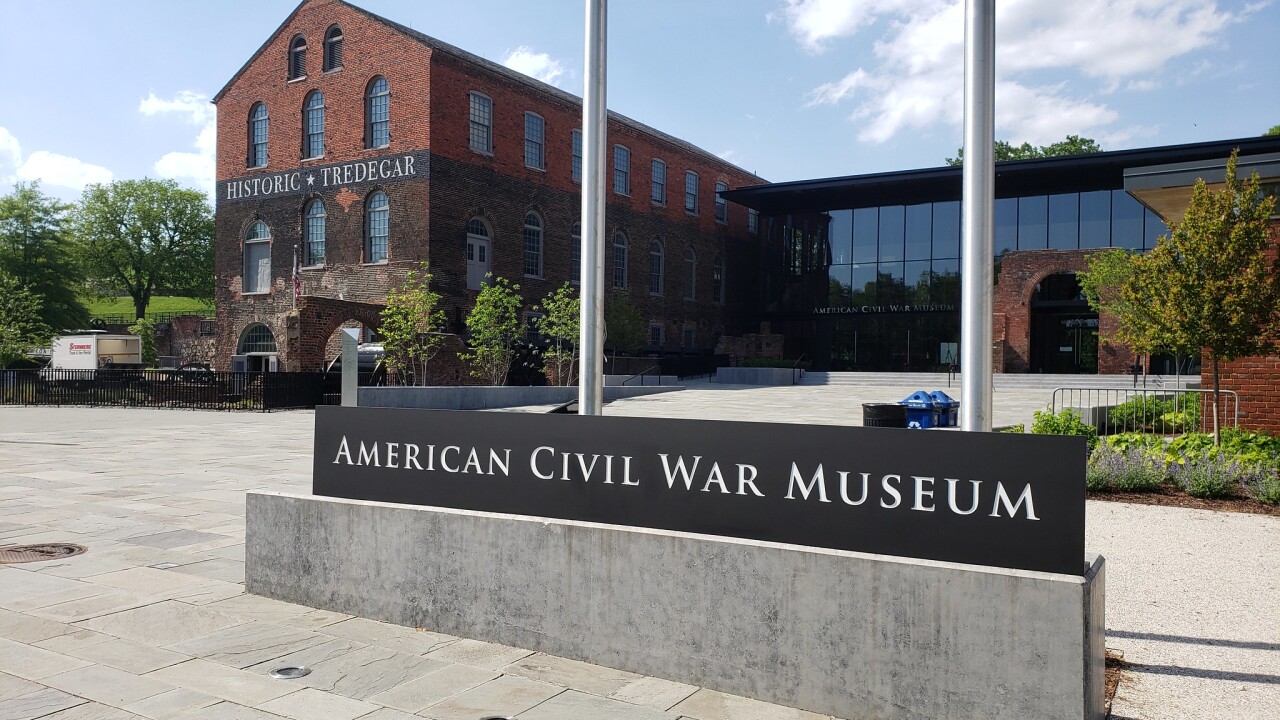 RICHMOND, Va. — More than six years in the making, the American Civil War Museum officially opened to the public Saturday, drawing visitors from across the country with a message that the war affected everyone.

Christy Coleman, CEO of the $25 million facility, couldn’t be happier with the project. She wants people to know that the Civil War had an effect on more than just white men in the South.

People who think the war had nothing to do with them may find that their ancestors were involved, Coleman said. “Or they will discover that the outcomes of this war affects every American.”

The museum’s grand opening drew visitors from across the country and even Canada as well as Richmond-area residents.

Darice Spight and her husband are from Detroit, Michigan. They had traveled with a group that was touring Virginia historical sites. Spight was impressed by the thorough research put into the museum’s displays and interactive exhibits.

“In history, you learn a piece of historical events. But when you go to a museum, they give you more detail. It makes you look closer. I think it’s so cool to see where we came from and to see what people had to go through back then,” Spight said.

The museum also drew several Civil War enthusiasts, many of them braving the heat in soldiers’ regalia.

“The display of the surrender at Appomattox is impressive because it includes Gen. (Robert E.) Lee, Gen. (Ulysses) Grant and President Lincoln,” Spaziani said. “Unfortunately, it also has the battle flag of Northern Virginia, but it’s a part of our history.”

Spaziani has been passionate about the Civil War since his parents took him to Gettysburg, Pennsylvania, over 50 years ago. He still keeps several booklets that his father had bought him about the war.

Roger Rudder had relatives in the war, including a great-great-grandfather who was killed in battle 156 years ago. Rudder had even come with his own artifacts, carrying a “hair watch chain” from 1857. (In the 1800s, hairwork — jewelry made of human hair — was often used in mourning as a way of honoring the deceased.)

Rudder and his wife Alana were dressed as Jeb Stuart and his wife. They wore the same costumes during their Civil War-themed wedding three years ago.

“A wedding day is great anyway. But that was our special way to do it,” Roger Rudder said.

The couple were especially excited to attend the museum’s opening since Roger Rudder had just recently recovered from liver cancer.

While visiting Gettysburg a couple of years ago, Roger Rudder complained about not feeling well. After their return, he began vomiting blood.

“He had liver cancer,” Alana Rudder said, adding that the doctors “said he had one week to live.”

After Roger Rudder was in the hospital for 43 days, doctors discovered that Alana Rudder was a match for her husband’s liver.

“She gave me half her liver to keep me alive,” Roger Rudder said.

Alana Rudder replied, “Just being able to do this with him again means the world to me.”

The couple enjoyed the up-close and personal nature of the museum’s exhibits.

“We got to see the watch chain that was made from the mane of Traveler, Lee’s horse. That was incredible to see,” Alana Rudder said. “And in that exhibit, you don’t see it behind the glass. You’re actually right there with it.”

The museum contains over 500 artifacts and consists of nine exhibits in the permanent gallery. A temporary gallery houses “Greenback America,” an exhibit dedicated to the role money played during the war.

Enthusiasm for the museum reverberated not just inside the facility but outside as well. At 10 a.m., 2 p.m. and 4 p.m., a Civil War-era cannon was fired on the grounds.

The museum’s goal is to paint a more nuanced portrait of the Civil War that goes beyond the traditional North versus South narrative. Exhibits tell the stories of women, African Americans and Native Americans. They feature not only well-known individuals such as Jeb Stuart and Frederick Douglass also but everyday Americans affected by the war.

People such as Annie Davis, a formerly enslaved woman who wrote to Lincoln about her freedom after the Emancipation Proclamation, have their stories moved to the forefront and contextualized.

The museum rose from the merger between the American Civil War Center and the Museum of the Confederacy. It is located on the grounds of Tredegar Ironworks, which supplied munitions for the Confederate States Army.

Waite Rawls, president of the American Civil War Foundation, wanted the museum to debunk the misconceptions many people have about the war. In the museum’s pre-gallery, there was a deliberate inclusion of people of color and women alongside the more famous faces of Abraham Lincoln and Jefferson Davis.

Location: 500 Tredegar St., along the James River near Belle Isle