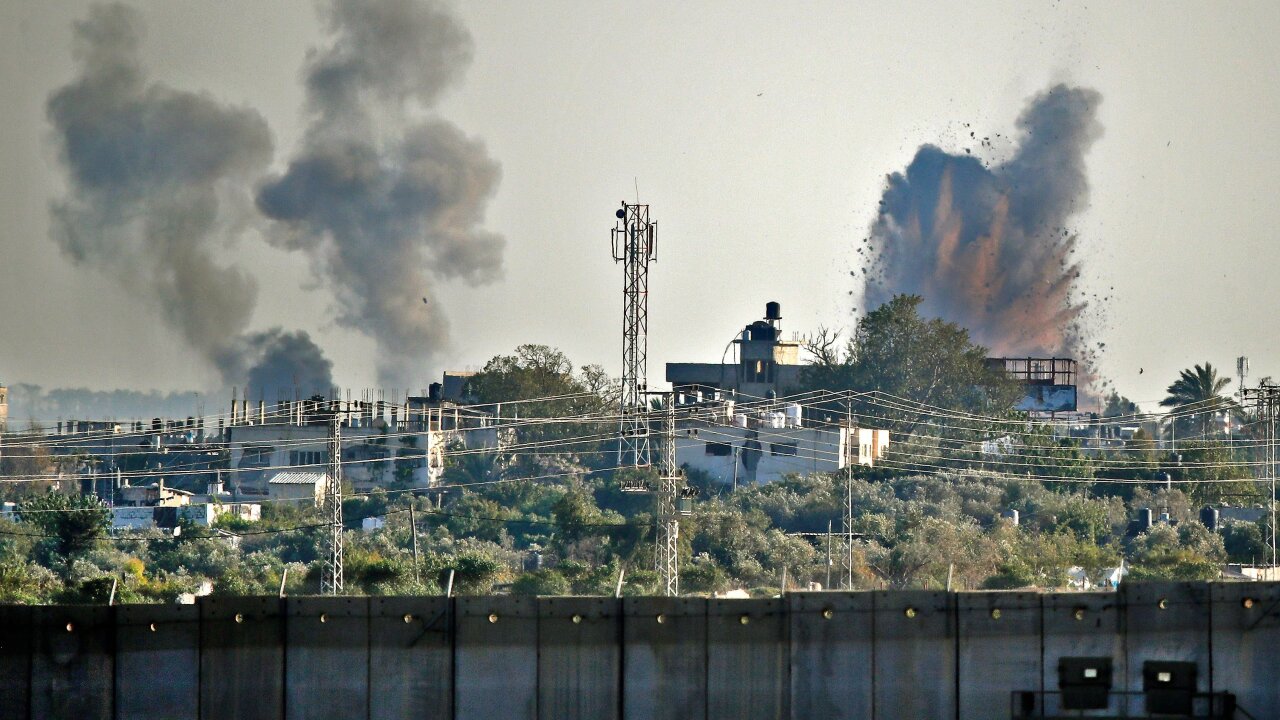 In response, the IDF says it has carried out airstrikes on more than 30 militant targets in Gaza.

Speaking at the weekly Cabinet meeting Sunday morning, Netanyahu said: “Hamas bears the responsibility not only for its own attacks and actions but also for the actions of Islamic Jihad, and it is paying a very heavy price for this.”

Israel has so far responded with airstrikes on 260 targets across Gaza, according to the Israel Defense Forces (IDF).

The IDF denied killing a one-year old baby and the baby’s pregnant mother in Gaza, and said the deaths were caused by a Hamas rocket that misfired.

A 58-year-old man was killed when a rocket hit his house in Ashkelon, according to a statement from Barzilai hospital. He is the first Israeli to be killed by rocket fire since the end of the 2014 war.

Two gunmen from the armed wing of Islamic Jihad were killed overnight in Gaza, according to a statement from the militant group. Two other Palestinian men died in earlier airstrikes on Saturday.

The UN said it is working with Egypt to try to restore a ceasefire and says both sides are putting at risk efforts to relieve the suffering of people in Gaza.

The escalation began Saturday morning with about 50 rockets fired towards Israel within the course of an hour and continued late into the evening.

The IDF said its Iron Dome aerial defense system had intercepted dozens of the incoming rockets.

In response to the rockets, the IDF said it carried out airstrikes on about 200 militant targets in Gaza, including a tunnel, rocket launcher sites and other military compounds used by Hamas and Palestinian Islamic Jihad (PIJ.) The military also struck a mosque in al-Shati in northern Gaza, which the IDF said was used a command and control center by Palestinian Islamic Jihad.

Turkey has condemned a strike on a building housing the office of its state-run Anadolu news agency, a building which Israel says is also used by Hamas’s military intelligence.

A spokesman for Turkey’s President said: “We urge all governments that claim to defend press freedom, including @USEmbassyTurkey to join us in condemning the Israeli government.”

Israel announced that it is closing the two border crossings between Israel and Gaza, as well as closing the Gaza fishing zone.

The fishing zone was restricted to 6 nautical miles earlier this week following a rocket fired from Gaza that landed off the coast of Israel.

There was no specific date for when the crossings and the fishing zone would reopen.

Saturday’s rocket barrage came less than a day after two militants from Hamas’ armed wing, the Qassam Brigades, were killed in an Israeli strike on Hamas posts in Gaza.

Two other Palestinians died in Gaza Friday, according to the Palestinian Ministry of Health, with both men succumbing to their wounds after being shot by Israeli troops during protests along the Gaza fence, according to health officials.

This is the first serious escalation between Israel and Gaza militants since the Israeli election almost a month ago.

In the run-up to that election, Egypt succeeded in mediating an agreement between Israel and Hamas, the militant group that runs Gaza, following an exchange of rockets and airstrikes in March.

The agreement, though never publicly acknowledged by Israel, included measures aimed at loosening the restrictions imposed on Gaza’s 2 million inhabitants.

Recent pronouncements by Hamas officials have suggested growing frustration that Israel has not moved fast enough to fulfill its pledges, including allowing the transfer of millions of dollars of extra funding from Qatar.

The upturn in violence comes as Israel is preparing to mark Independence Day next week and host the Eurovision Song Contest the following week.

Analysts say Israel’s Prime Minister Benjamin Netanyahu would much prefer those events to occur in a state of calm rather than one of open conflict.

On Saturday evening, the UN’s Special Coordinator for the Middle East Peace Process, Nickolay Mladenov, announcing renewed efforts with Egypt to restore calm, called on all parties to immediately de-escalate or risk a conflict with “grave consequences for all.”