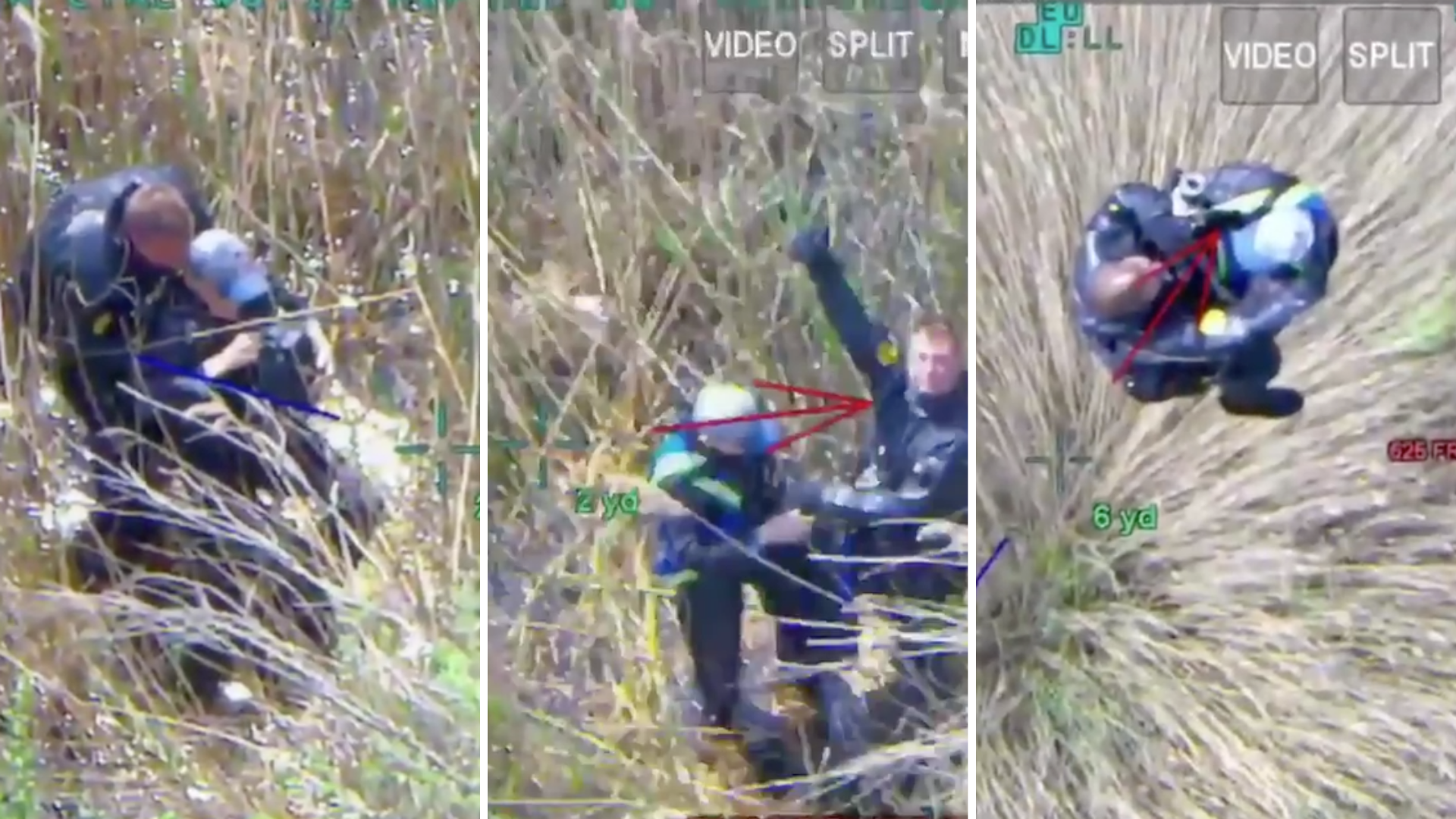 NYPD officers rescued an 83-year-old man stuck in a marsh on Thursday, officials said. He was headed to Staten Island University Hospital for a doctor`s appointment, but missed his bus. So the man decided to walk and take a shortcut through a marsh; he used to walk there as a child. The man got tired, disoriented and stuck though. He was able to call 911 as he sunk in in the mud, police said

The man was headed to Staten Island University Hospital for a doctor's appointment and missed his bus, so he decided to walk and take a shortcut through a marsh. He used to walk there as a child.

While walking, the man got tired, disoriented and stuck. He was able to call 911 as he sunk in in the mud, police said.

Officers on a police helicopter found the man, right as the chopper was running out of fuel. It took them an hour to spot him, according to WPIX.

"All of a sudden, I don't know how, but I caught a little hand movement from him out of the corner of my eye," Detective Sean Daly said.

Daly was lowered down from the police helicopter.

"He was laying down in the edge of this pond. He was in the water laying down, face up, holding onto his briefcase," he said.

Officer John Martin was the hoist operator. He lifted Daly and the elderly man into the chopper. This was Officer Martin's first rescue.

As the man was lifted into the chopper, the fuel light went on, but it was just enough to finish the job.

"Awesome day, this is why we take this job, to help people," Daly said.

The 83-year-old man, who was cold, wet and tired, was taken to a local hospital for treatment, police said. He was in good condition.

Great job by #NYPD Aviation rescuing an 83 year old male from a marsh in Staten Island. The male called 911 stating that he was stuck and sinking in the mud. Aviation successfully located & hoisted the aided aboard and transported him to an area hospital for treatment. pic.twitter.com/l3p1nuPcat