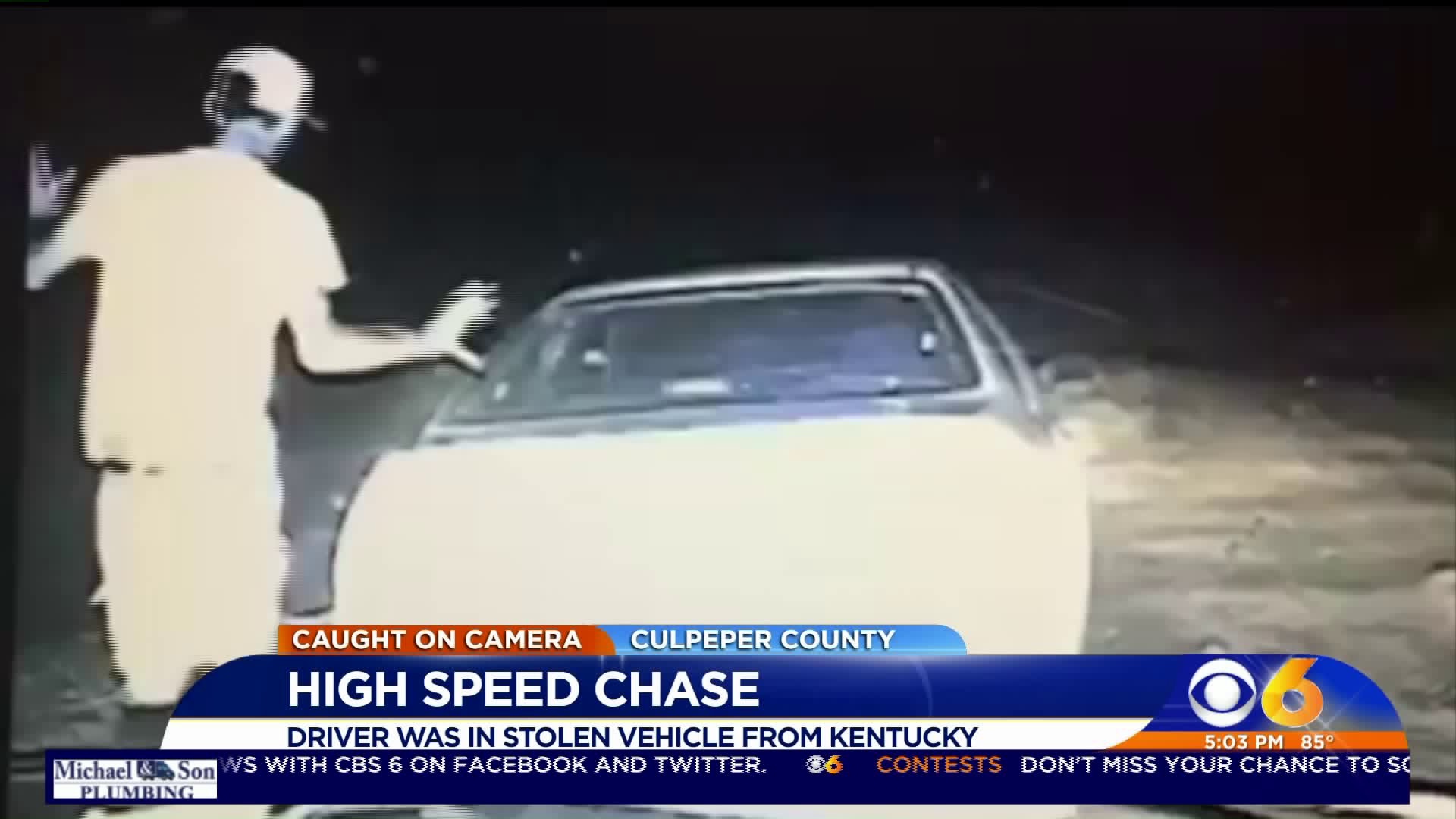 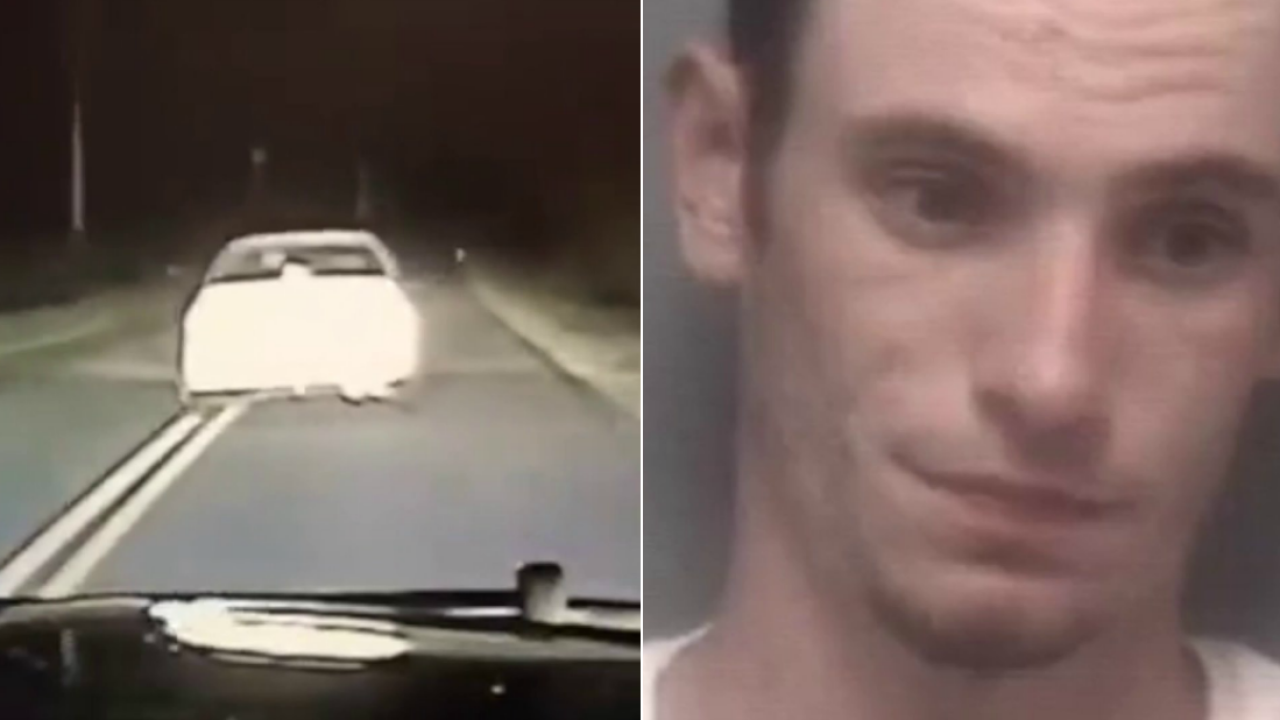 CULPEPER COUNTY, Va. -- A domestic assault call turned into a high-speed police chase in Culpeper Saturday afternoon, leading officers speeding down a rural backroad before an arrest was made.

Gavin Compton is charged with "Driving Under the Influence, Driving Revoked DUI Related, Assault and Battery of a Family Member, Misdemeanor Elude, Felony Elude, Possession of a Stolen Vehicle, Destruction of Property and Hit and Run."

The pursuit began after a woman called the Culpeper Sheriff's Office claiming she was assaulted and that the suspect had taken off.

In dashcam video provided by the Sheriff's Office, the suspect's white Honda can be seen approaching a deputy, who then turns around and pursues the car.

As the Honda exceeded 80 mph on a rural back road, a second officer joined the pursuit.

As seen in the video, the suspect continued to elude officers, taking out several mailboxes before eventually slowing down and stopping.

An investigation revealed that the vehicle being driven by Compton was stolen out of Kentucky.

Compton was processed into the Culpeper County Jail and held without bond.

The victim was taken to the Culpeper Regional Hospital with non-life-threatening injuries where she was medically cleared and released to go home.