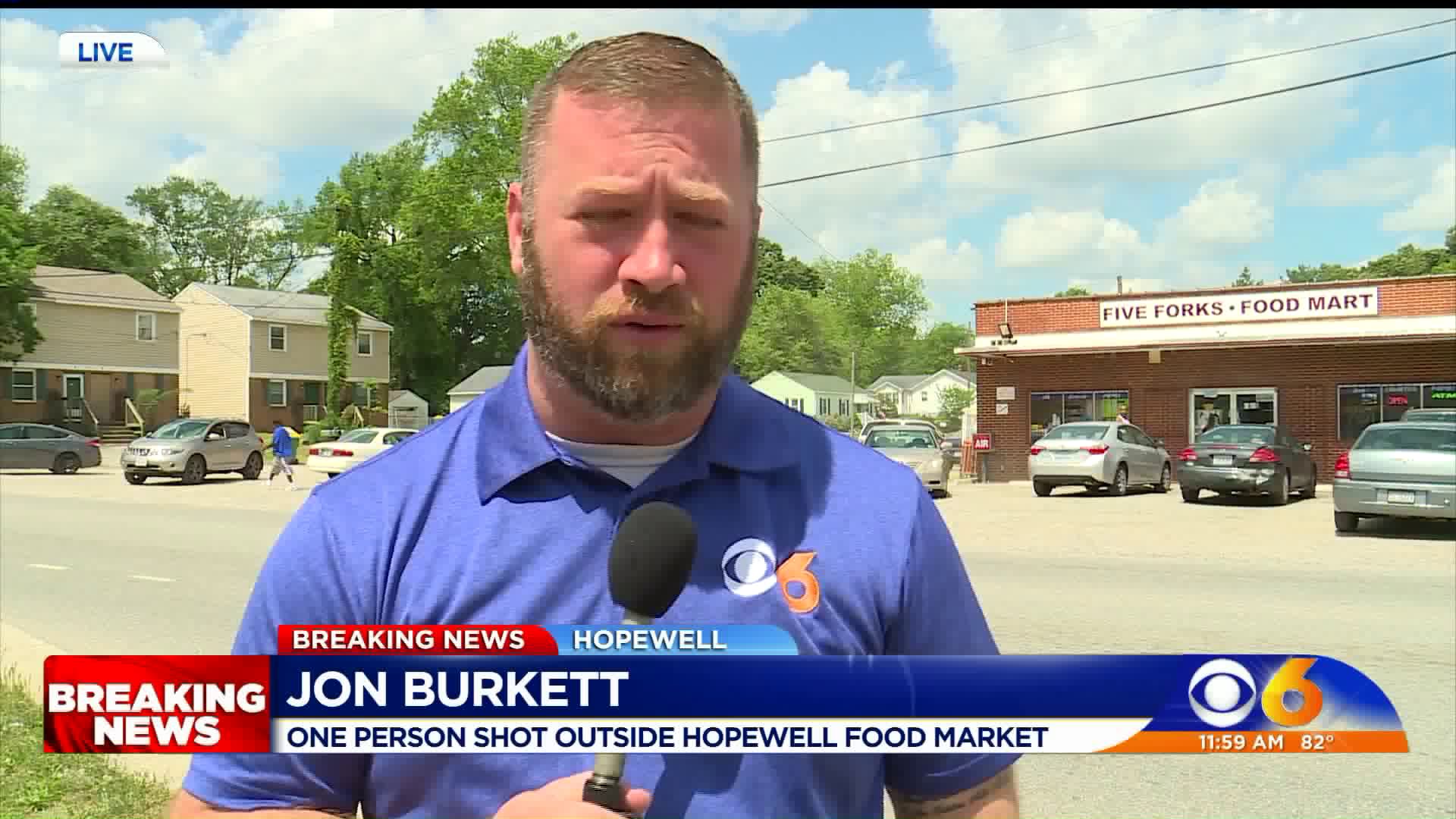 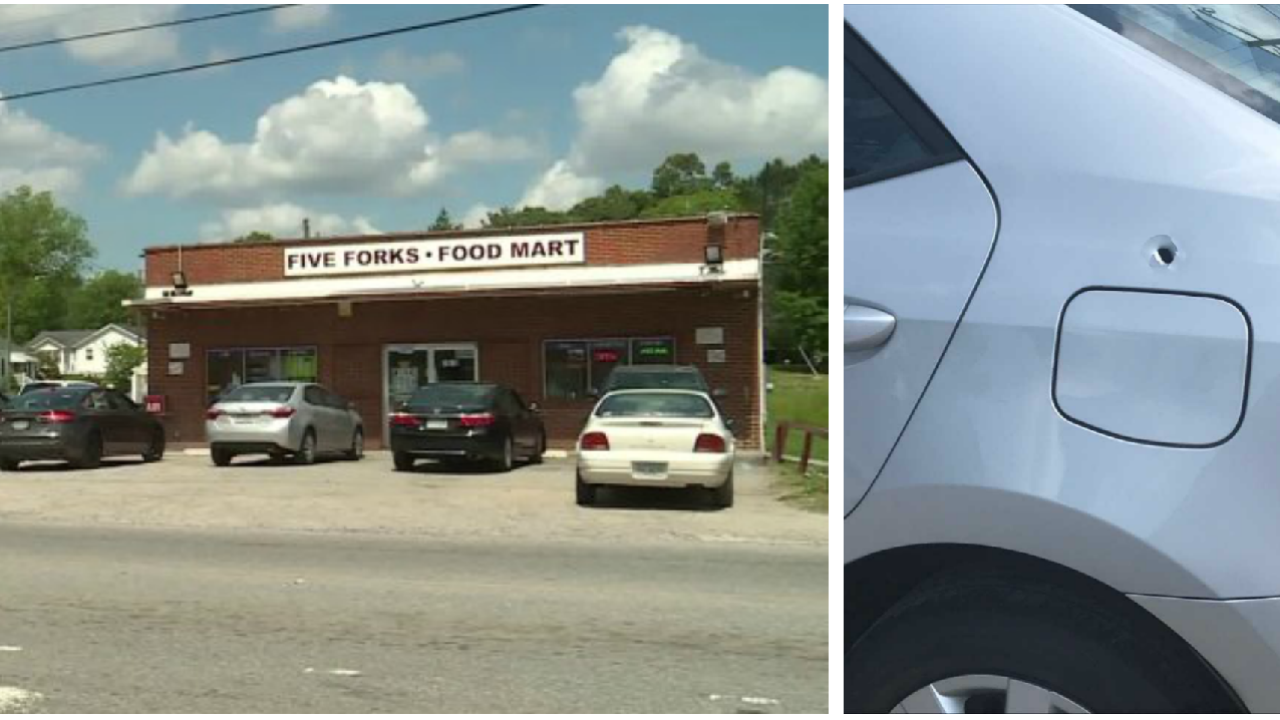 HOPEWELL, Va. -- At least one person was shot outside Five Forks Food Mart on Berrt Street in Hopewell Friday morning.

"Officers were dispatched in reference to a subject that had been shot," a Hopewell Police spokesperson said. "Upon arrival, officers located a single adult male victim who had sustained serious gunshot-related injuries. Emergency medical personnel responded to the scene and the victim was subsequently transported to the VCU Medical Center for further treatment."

Crime Insider sources indicated gunshots were fired by people who were inside two vehicles outside the market which located near the intersection of Berry Street and Tabb Avenue.

It was unclear whether the shooting victim was inside one of the vehicles, or caught in the crossfire.

A woman, who wants CBS 6 to hide her identity, says her vehicle was struck during the gunfire while it was parked in the parking lot.

The woman says she quickly left the market after the shooting, only to have to return because a bullet pierced her front fender.

"When I got to my job… I realized there was a bullet hole in my car that wasn't there before," she explained.

"Further specifics regarding the motive, circumstances surrounding the shooting, as well as, the identity of the victim, are not being released at this time, as detectives continue to investigate the incident," the police spokesperson said. "Further updates will be provided as they develop."

Anyone with information on this or any other crime occurring in the City of Hopewell may contact the Hopewell/Prince George Crimesolvers hotline in Hopewell at (804) 541-2202. You can also provide a tip anonymously via the P3tips app.