Cindy Warmbier slams North Korea as ‘a cancer,’ urges US to maintain pressure 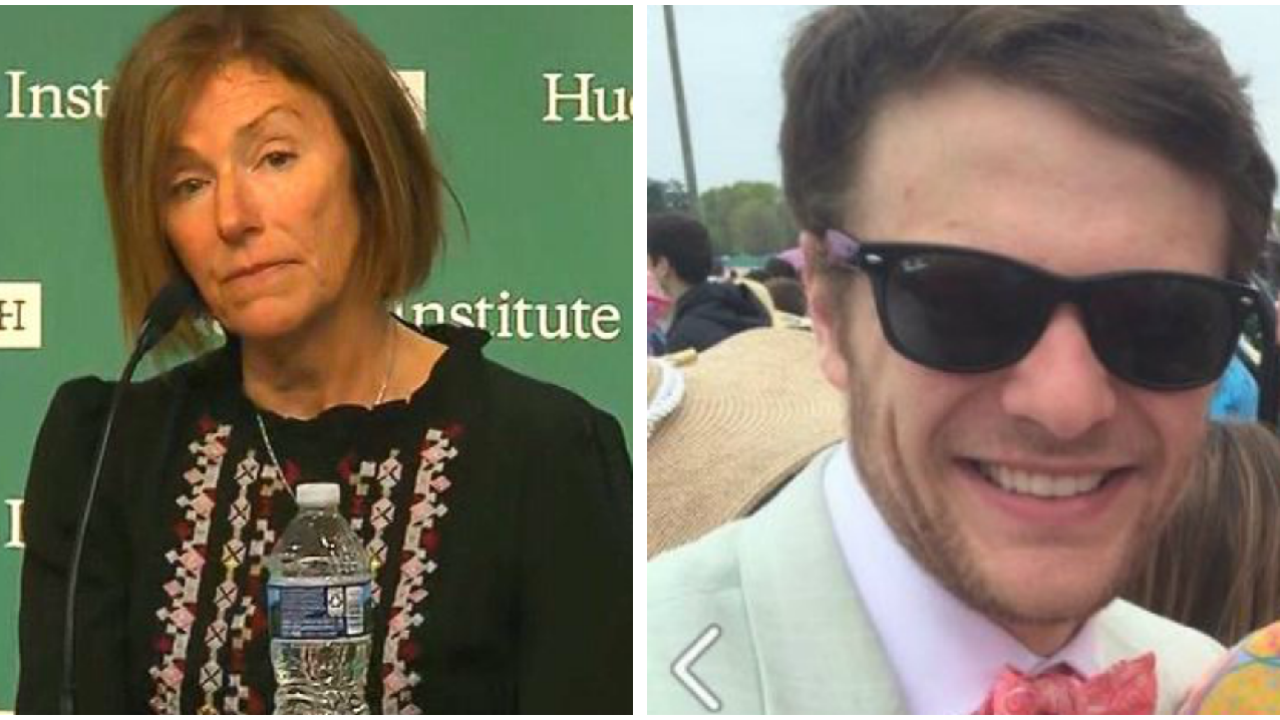 Cindy Warmbier on Friday condemned North Korea as “a cancer on the earth” and pleaded with with the international community — particularly the US — to maintain pressure on the nation and its leader, Kim Jong Un.

“Unless we keep the pressure on North Korea, they are not going to change,” she said at the Hudson Insitute, a Washington based think tank.

Her son, Otto, was imprisoned in North Korea for 17 months before being returned to the US in a coma. He died days later at the age of 22.

Cindy Warmbier noted that she was “very afraid that we’re going to let up on this pressure.”

“So I need everyone here to keep the pressure on,” she continued, later saying that, “if we don’t stand up to North Korea it looks really bad.”

“They’re telling us what to do and what to say and the only way to stand up to them that I know of are sanctions,” she said.

Cindy Warmbier also expressed deep skepticism at the US’ efforts at diplomatic negotiations with North Korea.

“There’s a charade going on right now. It’s called diplomacy. How can you have diplomacy with someone who never tells the truth?” she said. As for Kim, Cindy Warmbier said, “He lies, he lies, he lies all for himself.”

Cindy Warmbier described her son as a “fabulous son” and “great brother” who was “all about love and goodness.” However, when she saw him on the plane upon his return to the US after being held prisoner, her “gorgeous boy … looked like a monster.”

“I swear, the look in his eyes, which I didn’t know he was blind at the time, was absolute horror. Horror, like he’d seen the devil. And he had. He was with the devil,” she recounted.

In late April, two sources confirmed to CNN that the North Korean government had presented the United States with a bill for $2 million for the hospital care of Otto Warmbier, and insisted the US sign a pledge to pay the bill before releasing him from their custody. Cindy Warmbier said she only learned of this demand when the Washington Post first reported it.

“It shouldn’t surprise anyone,” she said. “I don’t fault anyone for signing to get Otto home.”

Cindy Warmbier said she applauded Ambassador Joseph Yun, the US envoy who brought Otto Warmbier home, for signing the pledge.

“If I had to, I would’ve raised the money and I wish they would have asked for the money from day one because it was all about hostage taking,” she said. “But instead they had a much bigger use for Otto.”

Cindy Warmbier, who at times grew emotional during her remarks, said she had tried to raise her son differently from her own upbringing.

“I have a lot of fear and tentativeness about what I should do. And I wanted Otto to be empowered to not be afraid, to grab onto everything he could in the world and live a really full life. And unfortunately I had no idea, when he took the tour to North Korea, what he was walking into,” she said.

“And I know he was sorry he ever went into that godforsaken place,” she noted.