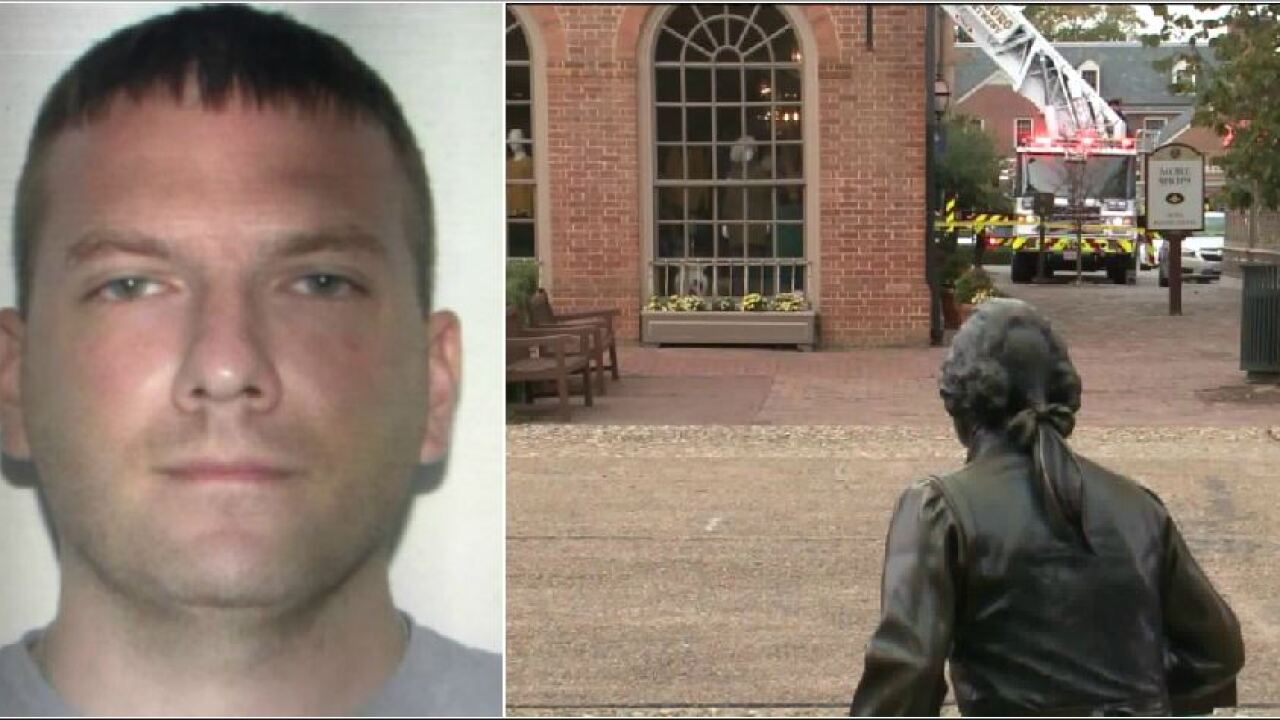 NEWPORT NEWS, Va. – A 31-year-old Gloucester man was sentenced to 10 years in prison for his role in an explosion at Colonial Williamsburg.

Stephen Powers worked in maintenance at the Virginia tourist attraction at the time of the October 2017 explosion.

“Powers connected one of [his four pipe bombs] to an outlet. The outlet was programmed to receive electrical current at 5 p.m. each evening so that decorative lights would activate in the shopping area,” a spokesperson for the U.S. Attorney’s Office said. “When the outlet activated, the explosive device ignited and exploded.”

The explosion sent metal flying through the air. Some fragments landed 200 feet away.

“The force of the explosion was sufficient to cause significant injury or death if any individuals had been struck by the fragments,” the spokesperson said. “The area was particularly busy given the Homecoming events associated with the College of William and Mary.”

Powers was ultimately convicted of possession of unregistered explosive devices and making a false material statement to federal agents.

Those statement included telling investigators he once served in the military and that his credit card — which was used to buy the bomb-making materials — had been stolen.

“We should all feel extremely fortunate this individual’s recklessness and brazen indifference for human life did not result in someone being killed or seriously injured,” Ashan M. Benedict, Special Agent in Charge of the Bureau of Alcohol, Tobacco, Firearms and Explosives’ (ATF) Washington Field Division, said. “So long as there are criminals out there whose aim is to disrupt the peace in our communities, ATF will continue to advance its mission to combat violent crime.”

The explosion was first reported as a vehicle fire at about 5 p.m., on October 19, 2017, at the intersection of South Boundary Street and Francis Street, near Merchant’s Square.

“[He] was brought to justice and will now pay the price for his cowardly criminal acts,” Zachary Terwilliger, U.S. Attorney for the Eastern District of Virginia,” said.”Thankfully, he will now be in a place where his apparent desire to hurt innocent individuals will be nearly impossible.”