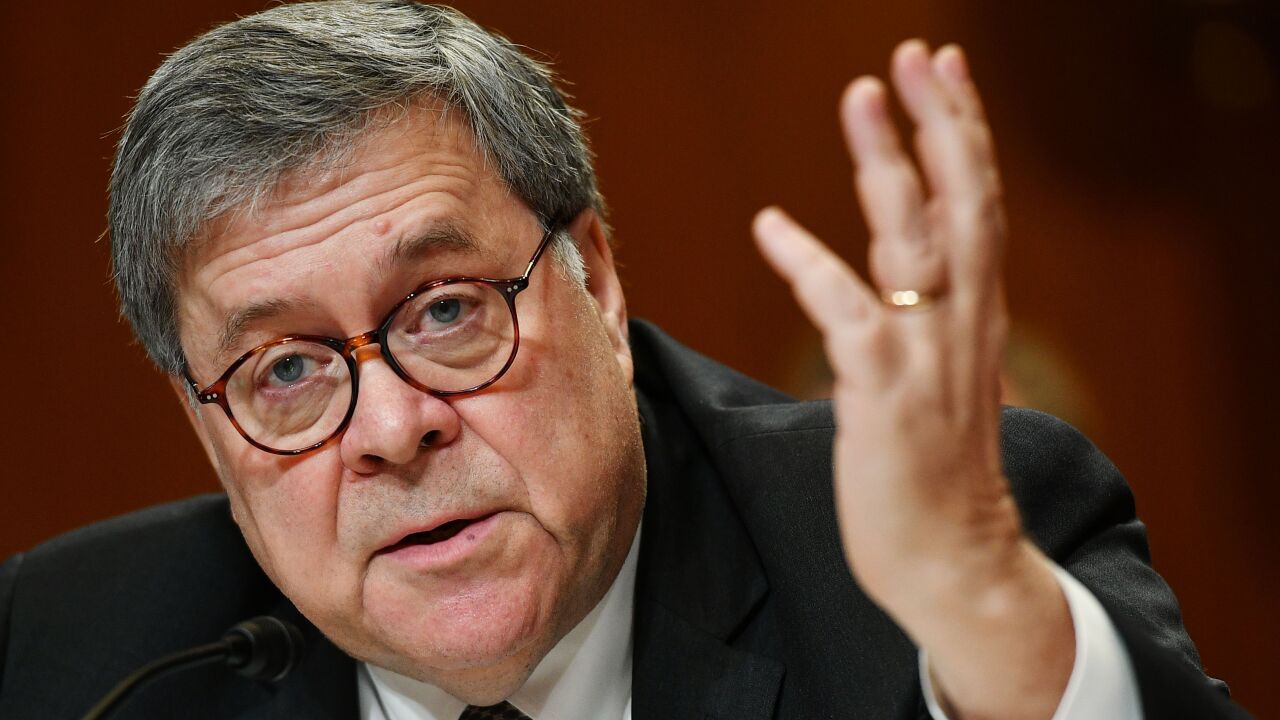 US Attorney General William Barris testifies during a US House Commerce, Justice, Science, and Related Agencies Subcommittee hearing on the Department of Justice Budget Request for Fiscal Year 2020, on Capitol Hill in Washington, DC, April 10, 2019. – The US attorney general told Congress Wednesday he believes the FBI spied on President Donald Trump’s election campaign and said he is opening an investigation into whether it was justified. Amid fresh charges by Trump that he was the target of an “attempted coup,” Bill Barr told lawmakers the FBI may have gone too far in opening a counterintelligence probe into Trump’s 2016 operation. (Photo by MANDEL NGAN / AFP) (Photo credit should read MANDEL NGAN/AFP/Getty Images)

Barr has come under scrutiny for telling Congress last month that he didn’t know whether special counsel Robert Mueller supported Barr’s description of the report in his summary.

Barr is being criticized and multiple Democrats have called for him to step down following the publicizing of a letter this week where Mueller expresses misgivings over how Barr characterized the findings of the special counsel report in a summary that the attorney general released on March 24. The letter is dated March 27, but Barr told Congress in a pair of hearing in April.

On April 10, in a back and forth between Barr and Democratic Sen. Chris Van Hollen over Barr’s March 24 summary, the Maryland Democrat asked Barr, “Did Bob Mueller support your conclusion?”

This story has been updated with additional developments Thursday.