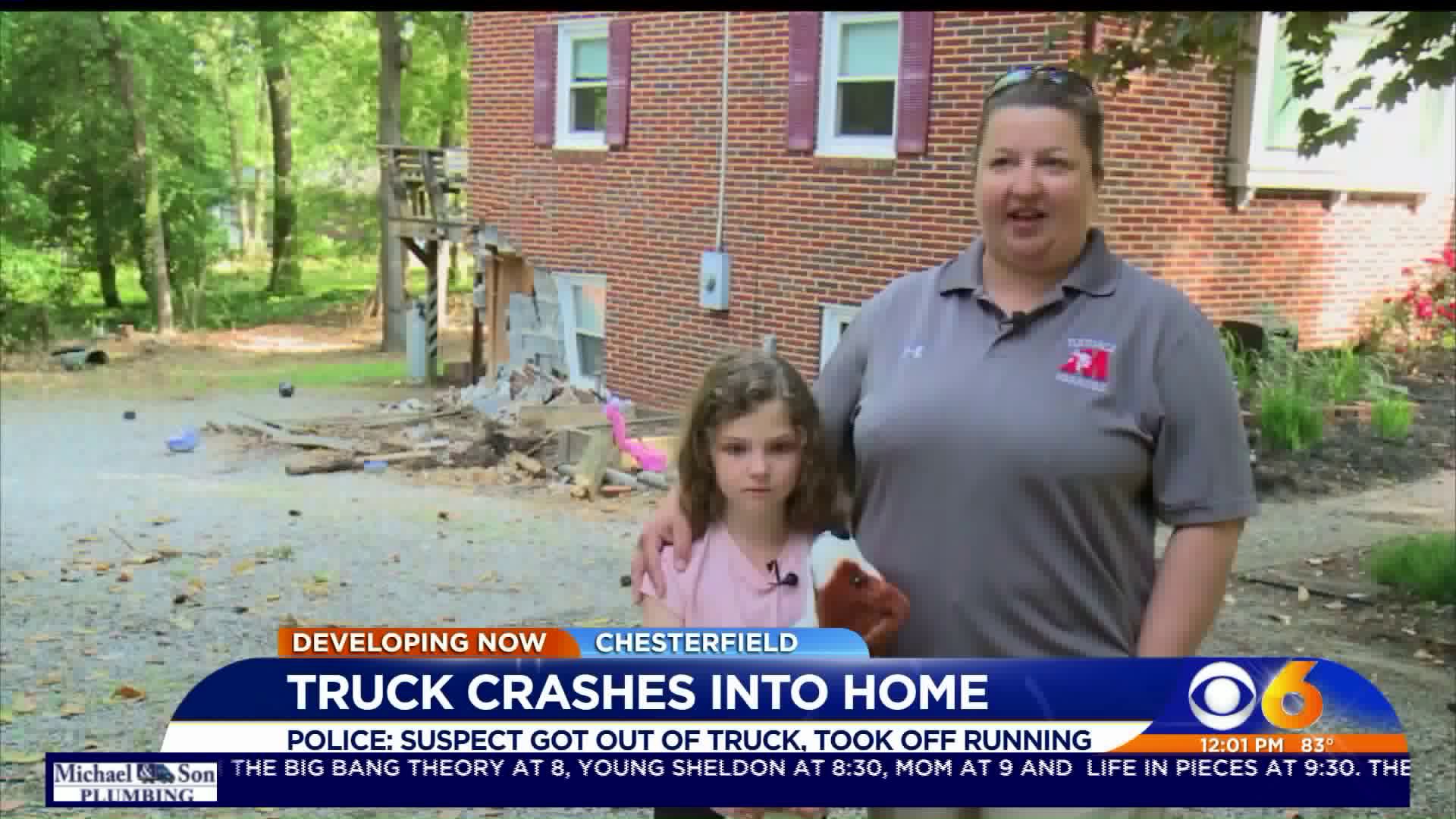 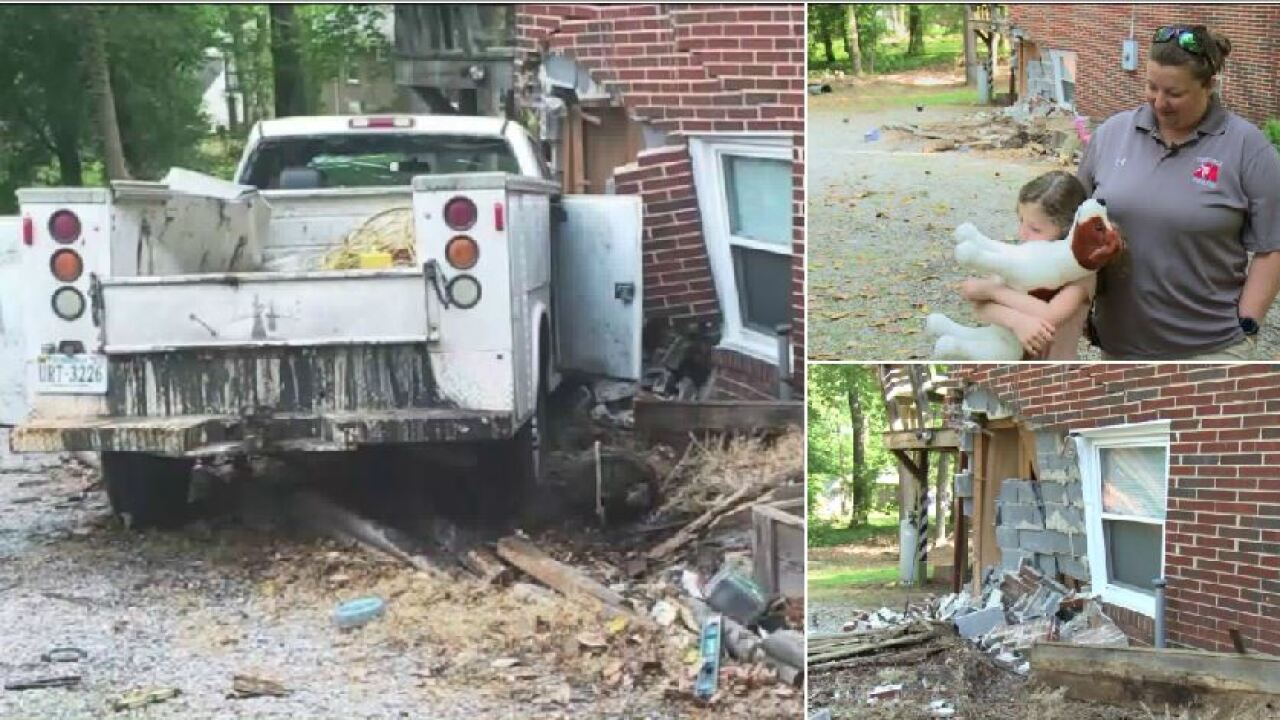 CHESTER, Va. - A mother and her seven-year-old daughter woke up to a truck crashing into their home along Osborne Road Thursday morning.

The truck driver was headed east at about 6:20 a.m. when he drove off the road to the right, hit several mailboxes, then swerved across the street into a tree, hit a car, then hit the home, according to Chesterfield Police said

"I thought this is crazy. What’s going on?,' 7-year-old Andrea Giacofei said. "I was in my room, and it was the first time having a car crash into my house."

She and her mother Carrie were startled out of sleep at the sound.

Look at this damage! @CCPDVa say a truck rammed into this home on Osborne Rd. in Chester this morning. Speaking to a seven-year old & her mother who were inside when this all unfolded and are thankfully not injured. @CBS6 pic.twitter.com/j4RdDuy843

Remnants from that crash — including a damaged tricycle -- could be seen across her yard. A reminder, she said, that the outcome could have been much worse.

“I play outside with my friends a lot,” the little girl said.

“They’re probably outside every afternoon,” Carrie added. “We limit them to the back yard for this reason."

“That tree has taken some beatings, and luckily it is there to kind of deter some of the damage,” Carrie said. “This road --it’s a 35 mph zone. People do not follow that. I feel like there needs to be some stop signs or speed bumps or something to slow down the traffic."

But for now, the Giacofeis said they were taking it one day at a time — grateful that the ones who matter most are safe.

“We’re lucky that no one was hurt,” said Carrie. “That’s the main thing. Houses can be rebuilt. Right?"

Police on scene said following the crash, the driver got out of the truck and ran across the street where he was apprehended by police. He now faces several charges including reckless driving, felony hit and run, and driving on a suspended license fourth offense. Police said he also had an outstanding warrant for shoplifting. At this time he is in the hospital with minor injuries.