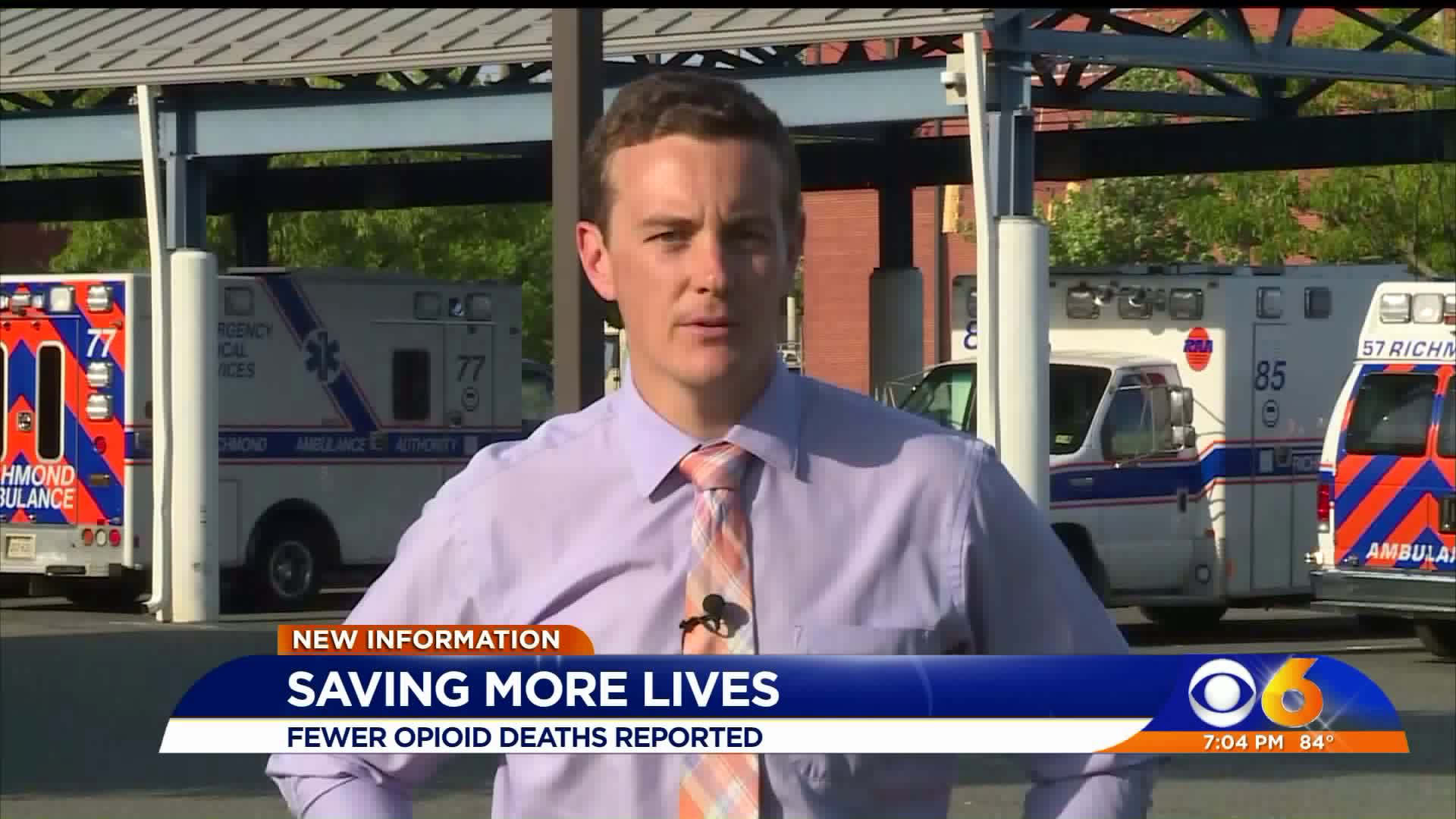 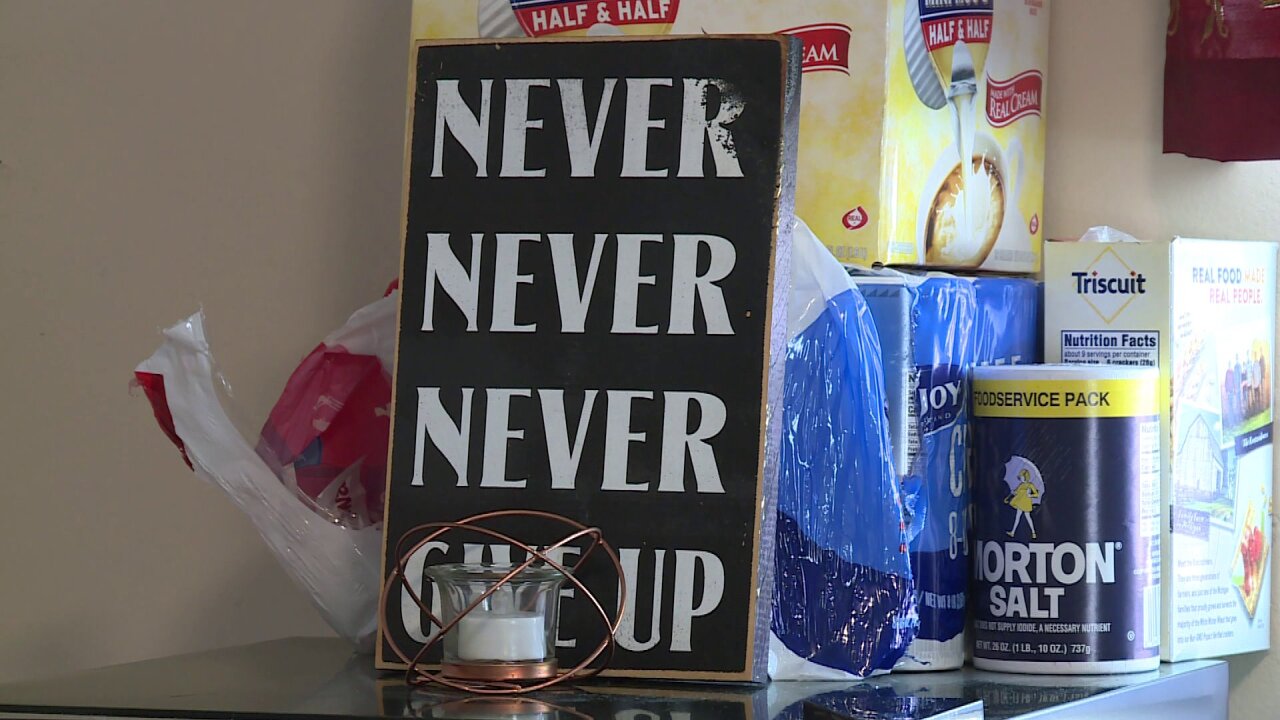 HOPEWELL, Va -  In what advocates are calling a small victory, the number of drug overdose and opioid overdose deaths in Virginia ticked down slightly for the first time in five years.

"It just kind of fills our sails a little bit to rededicate ourselves to the work ahead because it can literally save lives and prevent others from having to go through the pain that I’ve seen firsthand,” said Virginia Attorney General Mark Herring.  "Although there is still a lot of work to do, the numbers are still tragically too high."

The total number of all drug and opioid overdose deaths is still double the numbers from the mid-2000s and as recently as 2011, according to VDH statistics. In 2013, fatal drug overdose became the leading method of unnatural death in the Commonwealth, VDH reports.

On the walls inside City of Refuge in Hopewell hang reminders to the lessons that helped Jamison Washington and Wes McCullen away from rock bottom.  City of Refuge is a peer-to-peer recovery center focused on evidence based recovery education.

Both Washington and McCullen said they were crippled by addictions to prescription opiates among other drugs.  Both will soon graduate from City of Refuge's addiction recovery program after nine months of hard work.

"It’s not just a drug problem.  You have issues as a man, core issues within yourself, and that make you result to using drugs," said Washington, who is a barber in Hopewell.  "When I got arrested and ended up in jail, that was my low point. Like, my life really got unmanageable here."

"A lot of people think just give up and quit; it’s a mind thing.  It’s a disease, it’s a disease of addiction.  It’s not something you can just walk away from," he said.

"Lost my family, lost my daughter, and I was lost. So I had to do something," McCullen, who grew up in Hopewell, said.  "When I was getting high, I didn’t care, and then I got clean and wanted to stay that way. In order to stay that way you have to learn some kind of a process.  It’s not just something you can teach yourself."

Both men said they are thankful for the work they went through to get sober and are proud to part of the "good statistics."  The reality of a place like City of Refuge is that almost everyone knows someone who was on the other side of the stats.

"I’ve lost a couple of friends to overdoses.  One of them was actually here with us," McCullen said.  "You never know.  It could be your last time; it’s just not worth it."

The Attorney General credited the slight decrease in overdose deaths to the comprehensive and regional approach advocates, health professionals, and law enforcement are taking to combat the opioid addiction crisis.  Herring said a multifaceted approach should include education, prevention, recovery support, and access to life saving overdose reversal drugs.

"I think it’s really that comprehensive approach, and that’s what we need to keep doing in order to bring these numbers down," Herring said.

Jennifer Baker is the Director of Operations at City of Refuge in Hopewell.  Baker leads many of the daily programs and is three years into long-term addiction recovery.

"The therapeutic value of an addict helping another one is without parallel," Baker said.  "That makes my heart happy to know that the numbers have decreased a small amount."

Baker said she lost her husband to an fatal drug overdose in 2013.  Her experience and recovery inform her mission to help others who are struggling.  Baker hopes this data point in the opioid crisis in Virginia serves as a reminder to everyone that there are many people willing to help those struggling with addiction.

"So that way more people are going to get help because a lot of people don’t even know how to do it.  That’s why we’re trying to get out there and let people know that we’re here." Baker said.  "You can walk in the door and tell me you need help and I’m going to do everything I can to help you that day."

You can learn more about City of Refuge Hopewell here.

For more resources on addiction recovery programs in your area, visit Virginia's website dedicated to prescription drug and heroin abuse.  The site includes a link to local Community Service Boards, which "are designed to help individuals, with and without insurance, with behavioral health needs including substance use treatment and recovery supports."