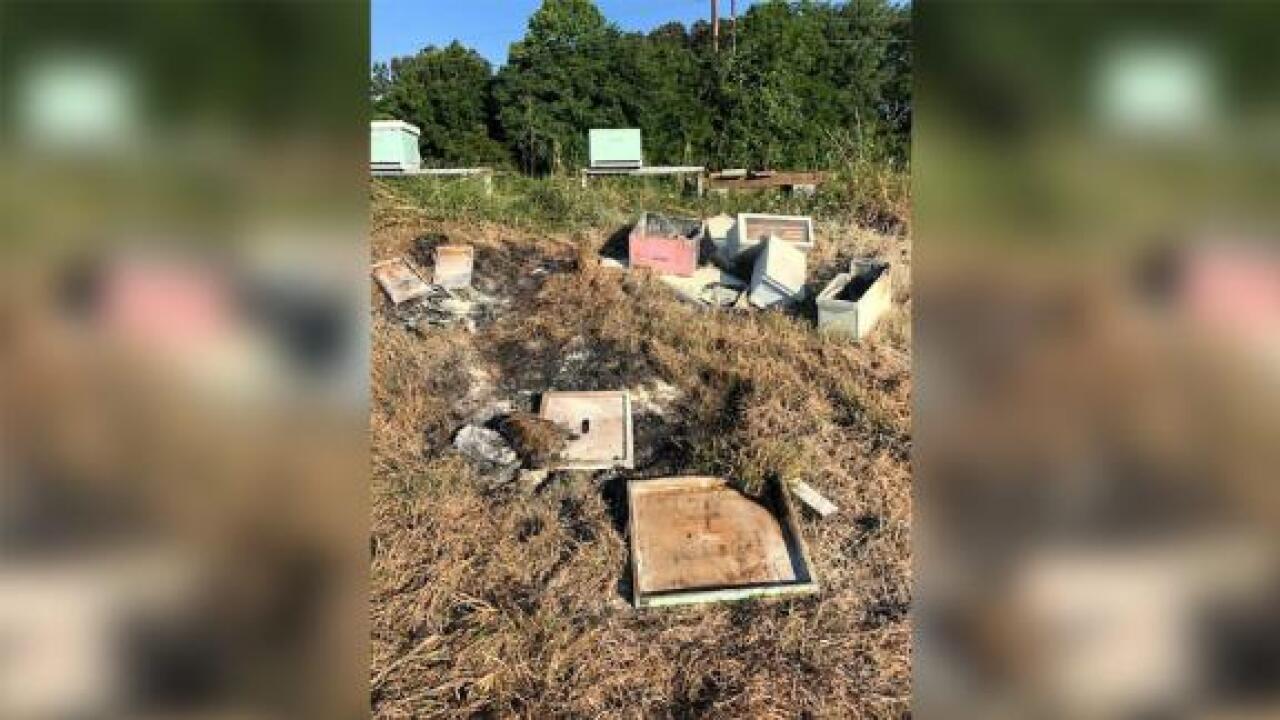 Police want to know who burned dozens of beehives in a town just south of Houston.

One of the beekeepers said the losses are truly staggering.

“We’re looking at 500,000 to 600,000 (bees) that have been destroyed out of that environment,” Steve Brackmann, who sells beekeeping supplies and queen bees, told CNN affiliate KTRK.

The carnage was discovered early Saturday morning by a Brazoria County Sheriff’s deputy, who noticed several bee boxes on fire in Alvin, Texas. Some of the boxes had been tossed into a nearby pond. The Brazoria County Beekeepers Association owned the 24 colonies of bees that were on the site.

“Its bad enough to think in today’s world this would happen but dumping them over and then setting fire to them is beyond comprehension,” the association wrote in a Facebook post. “Club has offered a reward to lead to conviction and anyone with info please forward it to the sheriffs office.”

A close up of a burned hive

Brazoria County Crime Stoppers is offering a reward of up to $5,000. The beekeepers association is offering a $1,000 reward as well as asking for donations to help it recover from the losses.

Brackmann points out that the loss of the bees has serious consequences for the environment. Populations of bees are declining because of the use of insecticides, he told KTRK, leaving fewer bees to pollinate certain crops.