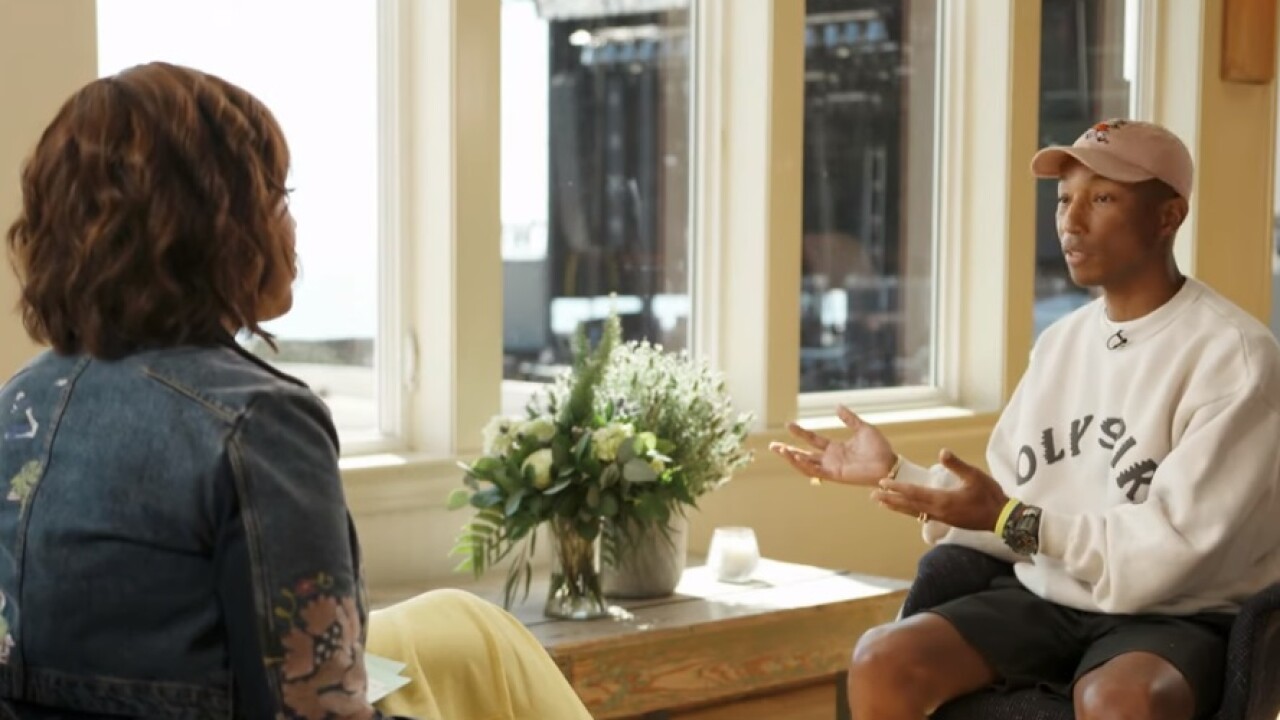 VIRGINIA BEACH, Va. -- Pharrell Williams offered Gayle King an inside look at his successful Something in the Water music festival in Virginia Beach last weekend.

King's report, which was broadcast Wednesday on "CBS This Morning," showed how the Virginia Beach native and 12-time Grammy winner hoped the festival would bring attention to his beloved hometown.

“This energy right here, this is all we’ve been getting,” Williams told King as folks waved from hotel balconies as the two cruised along the boardwalk in a golf cart. “People are just excited, like we got this in Virginia, you know.”

Williams said his vision for the festival, which featured local businesses, corporate sponsors and even a pop-up church service , was not only to leave folks inspired, but also to draw in corporations.

“We have a lot of CEOs flying down here to look around to see what’s going on and see the incredible opportunity here," Williams said. "We just wanna raise the awareness that Virginia is here and open for business.

Williams likened Virginia Beach to a "cul-de-sac in the middle of the East Coast."

“We’ve had our people, but we’ve never really congregated in a way where you just see us as a unit," Williams told King. "So we had the ambition to do things different.”

Williams pointed to the musical differences between his fellow artists and Virginia natives,  Timberland (Norfolk) and Missy Elliott (Portsmouth).

Williams said music is "the skeleton key to open every door" for him.

Additionally, Williams called music a great unifier that brings people together despite their political or religious differences.

“I feel like there’s been so much divisiveness in the air,” Williams said. “We need to come together and not only celebrate our differences, but recognize that through celebrating each other, we can do great things.”

William said he pinches himself daily to remind him of his incredible journey.

“I was raised in Atlantis Apartments, not even a mile from here on Section 8, and now we’re on this section of the beach,” Williams told King. “I’m super grateful and still to this day my best verses come from my shower or when I’m swimming or when I’m next to water. Here we are looking at this beautiful ocean, which represents life.  And I pinch myself all the time. I never forget where I come from -- and that’s part of the reason we’re here. This is where I’m from. This is a pinch being here.”

Williams previously confirmed plans are already in the works for next year’s Something in the Water festival.