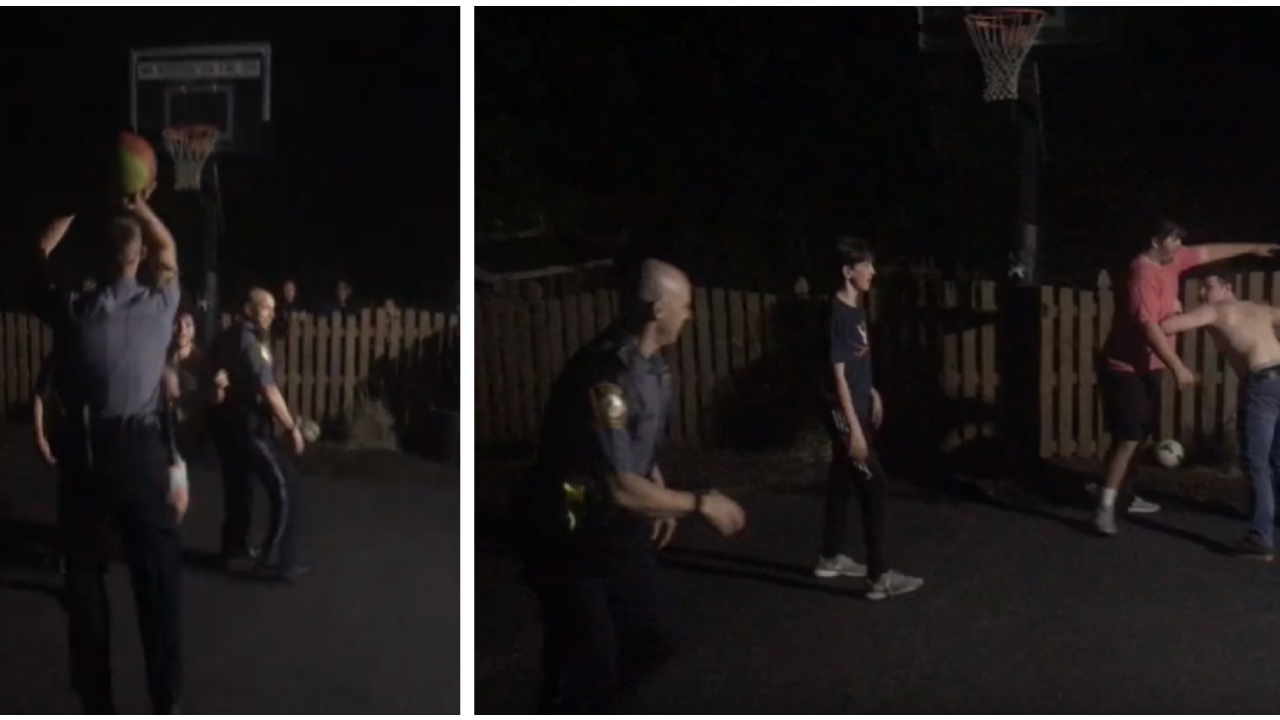 The students were enjoying a night of laughs at a party to celebrate the show run of Glen Allen High School's show "Sweeney Todd."

Glen Allen senior Brian Glessner says the group decided to play a game of hoops at their host’s home. Apparently, the students were a little too loud and officers were called to the home for a noise complaint.

“They must have thought it was nothing too bad as they stuck around and started shooting some hoops, which ultimately turned into a game of the officers against us,” said Glessner.

The teen posted a video of the impromptu game on Twitter.

“Cops showed up to our party then joined in playing basketball. @HenricoPolice are the real ones,” Glessner tweeted.

Cops showed up to our party then joined in playing basketball. @HenricoPolice are the real ones. pic.twitter.com/fE4j15VuDQ

The game drew an audience from all the partygoers who came outside to watch the action.

Not only did the officer hold their own in the basketball game, they won.

“The officers won the game and had our team panting after it was over but were very good sports giving us high fives and handshakes,” Glessner said.

The Glen Allen senior says they thanked the officers for playing with them and making the night one he and his friends would never forget.

“As a senior and being to every cast party from my four years at Glen Allen, this was the most fun and will be most memorable,” Glessner added.