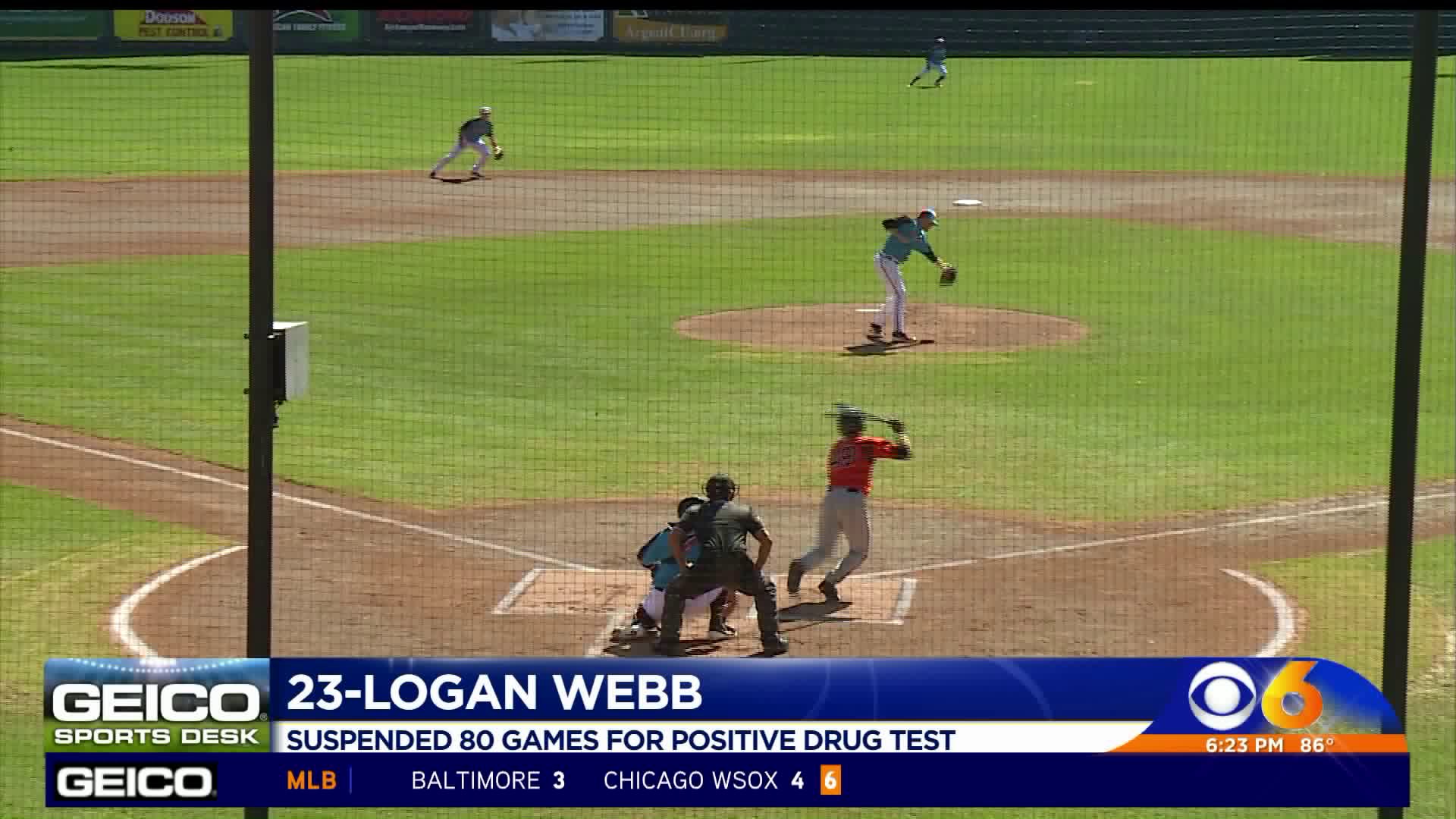 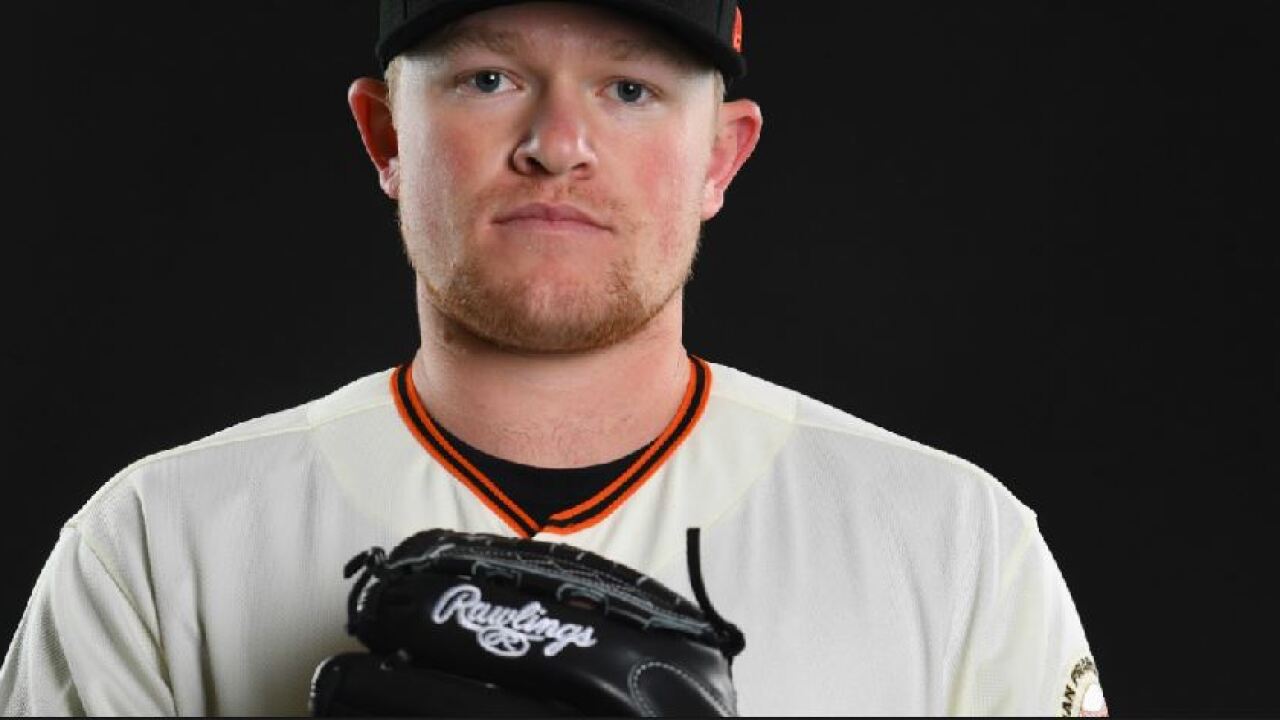 Logan Webb #85 of the San Francisco Giants poses during the Giants Photo Day on February 21, 2019 in Scottsdale, Arizona. (Photo by Jamie Schwaberow/Getty Images)

RICHMOND, Va. -- Richmond Flying Squirrels pitcher Logan Webb said he was heartbroken after he received an 80-game suspension for failing a drug test. Logan, 22, tested positive for the performance enhancing drug Dehydrochlormethyltestosterone (DHCMT), according to a spokesperson for the San Francisco Giants.

The Squirrels are the Double AA farm team in the Giants organization.

"For the past month and a half I have tried endlessly to find the answer to why the M4 metabolite was found in my urine sample," Logan said in a statement. "I have done research, I have talked to people who know a lot more about it than I do, and I have sent in an endless amount of supplements and products for testing that I have used over the past couple years. Unfortunately, none of those things have helped me find that answer, and the time for me to find the reason that this has happened has run out."

"I know in my heart that something someday will be put into the world to prove my innocence," he said. "I do not disagree with MLB’s policy, and respect the drug testing system that has been put in place. I love this game and respect it too much to ever cheat it. I am heartbroken over this and I am not sure why this is happening to me, but in life some things happen for a reason and it is my job now to find that reason."

Logan apologized to his friends, family, and teammates.

"Over the next couple of months and the rest of my career I will continue to work on regaining the trust and respect I’ve earned over the past few years with my teammates and the Giants organization. I will be back and better than ever."