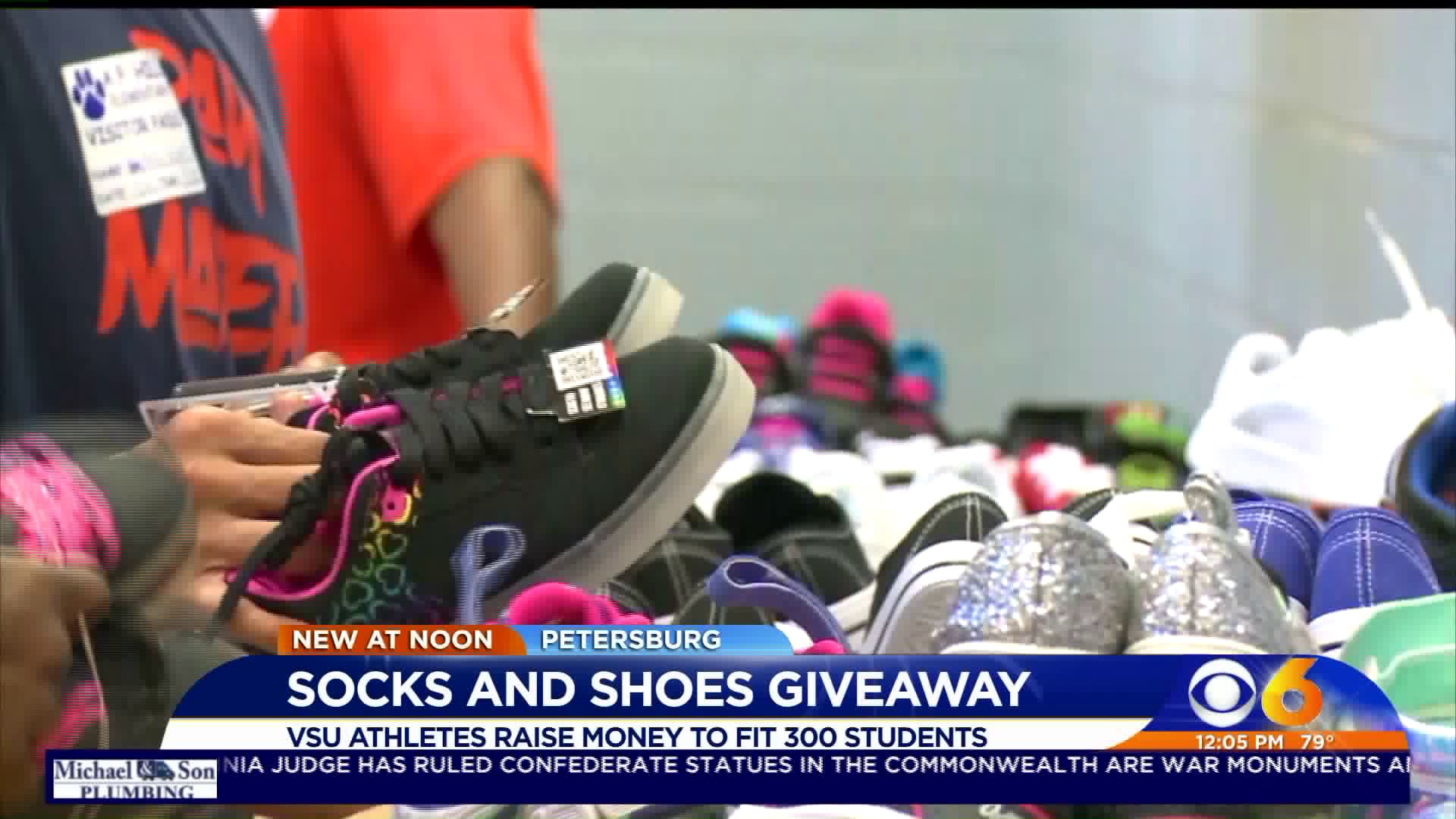 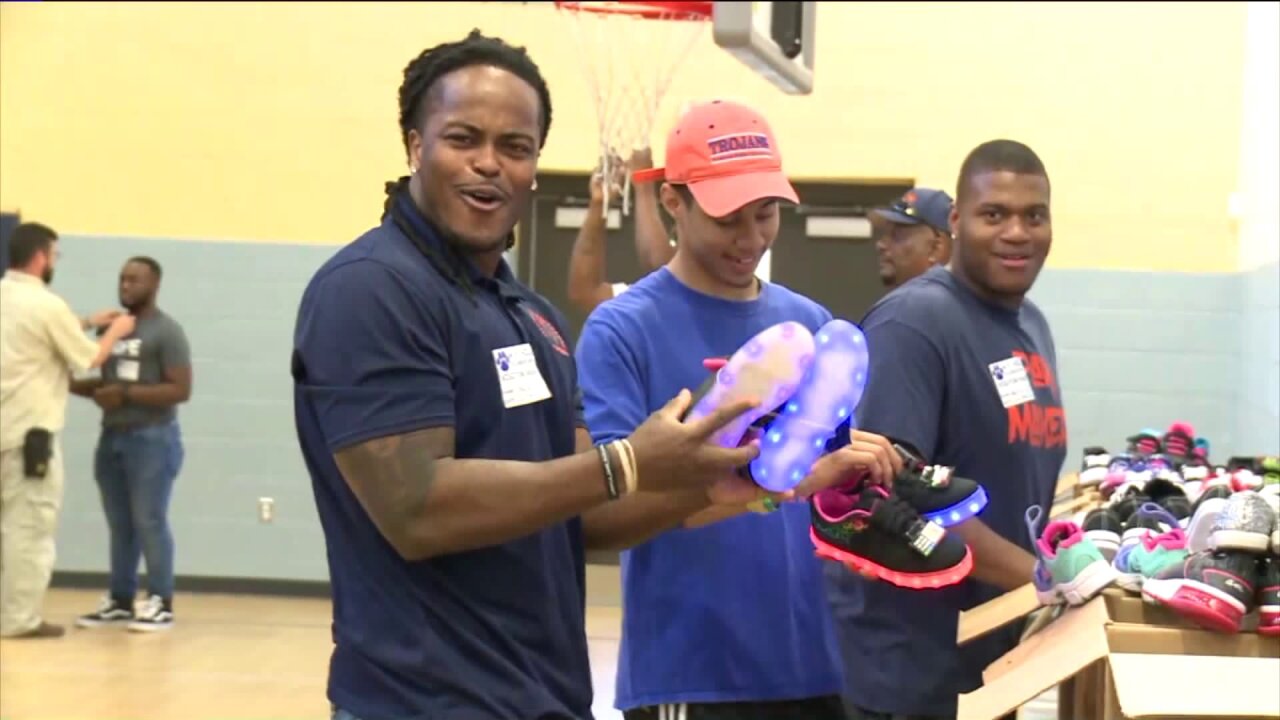 PETERSBURG, Va. — Hundreds of Petersburg Elementary School students are stepping into spring with a brand new pair of shoes, and it’s all thanks to local college athletes.

One student after the other, the kids entered the gymnasium, where a line of college athletes sat in chairs clapping, waiting to greet them.

“To experience these young people here this morning, receiving the shoes and socks, and seeing the excitement on their face, it’s like Christmas all over again,” said Peggy Davis, Virginia State University Athletic Director.

Davis said athletes at the school worked together to make it happen. But she said one student spearheaded it all.

“It’s been a journey I actually started planning this in March of last year,” said Myia Jones.

Jones is a volleyball player at Virginia State. She’s also part of SACC. She said she started working with a group called Samaritan's Feet back in 2016, wanting to bring that positivity to Petersburg.

Jones said Virginia State’s SACC raised more than $6,000 to make the event happen Tuesday and Davis said this is only the beginning.

"Myia has started this legacy and we’re not going to let it drop,” said Davis. “We’re going to continue this year after year."

Tuesday’s event was one of many that Samaritan’s Feet will host this year around the world as part of their 1 million shoes campaign.